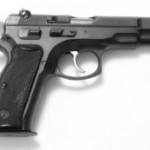 At 2:49 p.m. on Friday October 28, 2011 Beaufort police officers responded to a report of
shots fired near the entrance to Ambrose Run apartments on Parris Island Gateway. They met
with two victims who reported that while they were leaving the apartment complex in their
vehicle they spoke to an individual who was walking. The victims were acquainted with the
individual who for reasons unknown at this time pulled out a pistol and fired two shots at the
victims. The shots hit the car and narrowly missed the occupants. The victims sped off to a safe
location and called police. The suspect was identified as 16 year old Mykel Deyshawn Johnson
who resides in the Ambrose Run apartment complex. Beaufort officers with the assistance
of the Beaufort County Sheriff’s Office searched the area and executed a search warrant at
the suspect’s residence. Illegal drugs were located during the search but the suspect was
not. Johnson is being charged with two counts of Attempted Murder. He is described as an
African American man who stands 5’3” tall and weighs 130lbs and goes by the nickname “Hot
boy”. Anyone with information on the case or the location of Johnson is requested to contact
Investigator Dowling at 322-7950 or the 24 hour dispatch office at 524-2777. Johnson is
considered armed and dangerous.