Police are investigating an early morning armed robbery at Crave Cupcake Boutique in Beaufort’s Uptown district next to Newcastle Square. We were told that when shop-owner Tamika Petty had arrived at the shop this morning to start baking, three armed men shuffled into the shop and committed the robbery. Nobody was hurt, and very good descriprions of the alleged armed-robbers was given to the Beaufort Police Department. 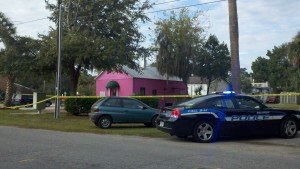 Habersham’s Ron Callari took this photo of his own shadow at sunrise on Hunting Island. To…