In his fifth year as the Whale Branch football program’s head coach, Jerry Hatcher is delivering new offensive looks. The rejuvenated Warriors are looking to spread things out in the 2016 season.

Hatcher has compiled a 24-21 record during his tenure as the Whale Branch football program’s head coach. The Warriors finished 6-6 overall in 2015, putting together a 3-2 record in Region 6-2A.

Whale Branch’s 2015 season ended with a loss to Marion in the Class 2A-2 quarterfinals. Marion held on to beat the Warriors 20-14 in the 2015 postseason matchup. The loss left Whale Branch just short of reaching the Lower State final.

Multiple offensive linemen are back for the Warriors. Whale Branch, however, lost standout defensive lineman Nyles Pinckney to graduation. Pinckney is now a member of the Clemson University football program and won’t be easy for Whale Branch to replace.

Pinckney narrowed his college choice to Clemson and South Carolina, ultimately choosing the Tigers over the Gamecocks.

Now a sophomore, Mulligan averaged 6.9 yards per carry for the Warriors during his freshman campaign. He’ll be expected to help to lead Whale Branch offensively in the 2016 season.

Along the line, Hill and Cameron Wilson are both four-year starters.

Chris Wilson and Saunders are other experienced linemen for the Whale Branch football team.

Marion Smalls is poised to lead the Whale Branch offensive attack from his quarterback position. 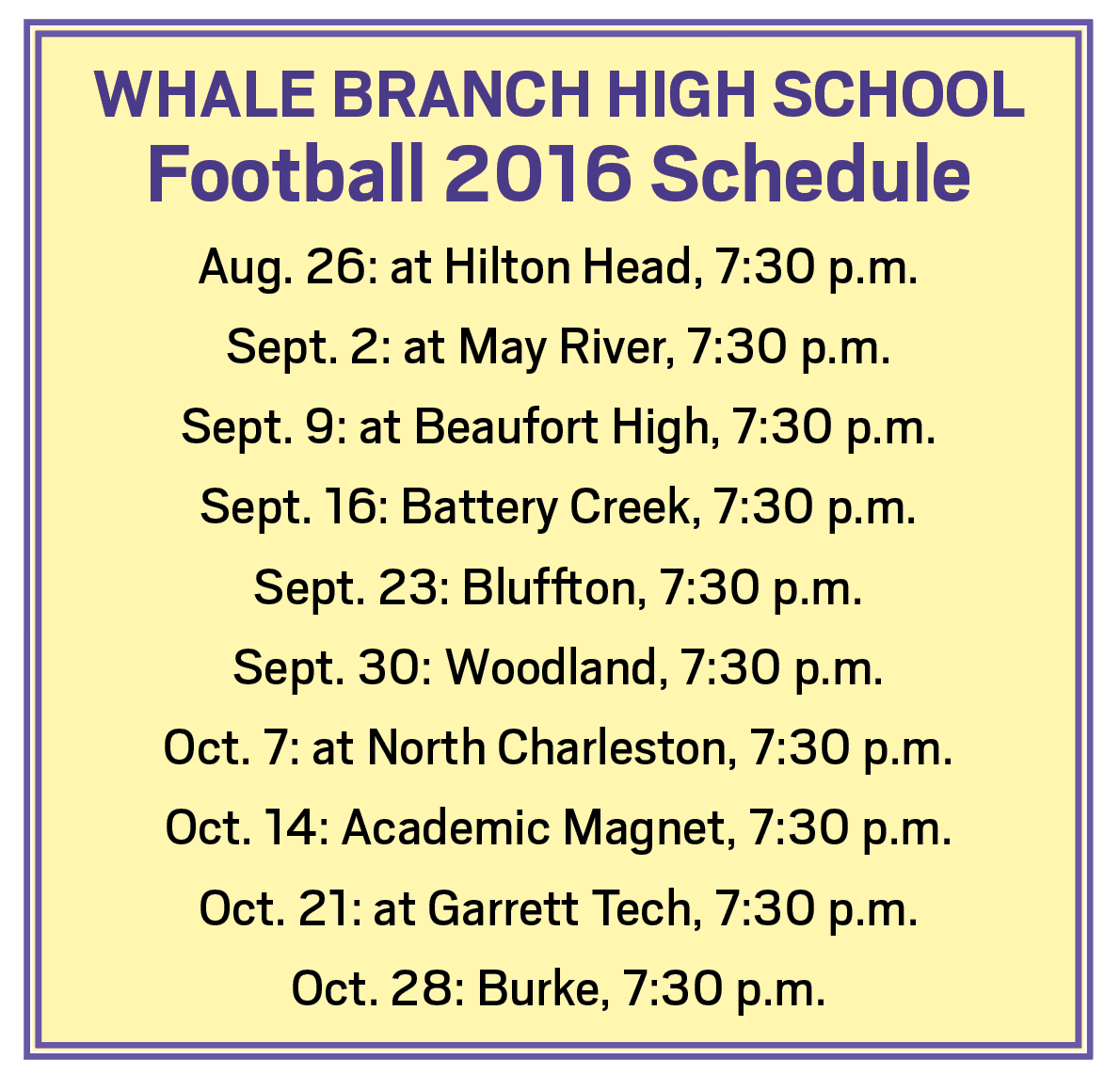