There’s a lot of excitement surrounding the John Paul II football program. That’s mostly because the school has made the move to 11-man football.

The Golden Warriors have done so under the direction of first-year head coach Kevin Wald, an individual familiar to many area high school football fans. An experienced coach, Wald took over the John Paul football program in January.

Wald made the move from Hilton Head Prep, where he compiled a 26-17 record in four seasons. As Hilton Head Prep’s head coach, Wald put together two eight-win seasons. In 2015, Wald coached Hilton Head Prep to a playoff victory prior. The Dolphins eventually lost in the second round of the playoffs.

John Paul II posted one win in 10 games during the 2015 season. The Golden Warriors finished 1-9 in the SCISA 8-man football division in 2015.

Heading into a season opener versus Hilton Head Christian Academy on Friday, Aug. 19, John Paul II featured only 22 players on its roster.

Along with Johnson, other experienced players back for John Paul II are offensive linemen/defensive linemen Mark Tigges and Colin Byrne.

The move to 11-man football will mean new rivals for the Golden Warriors. John Paul II will also face the challenge of numerous players starting and playing often on both sides of the football.

The Golden Warriors are playing in the SCISA’s Class 1A, Region 2 this year. 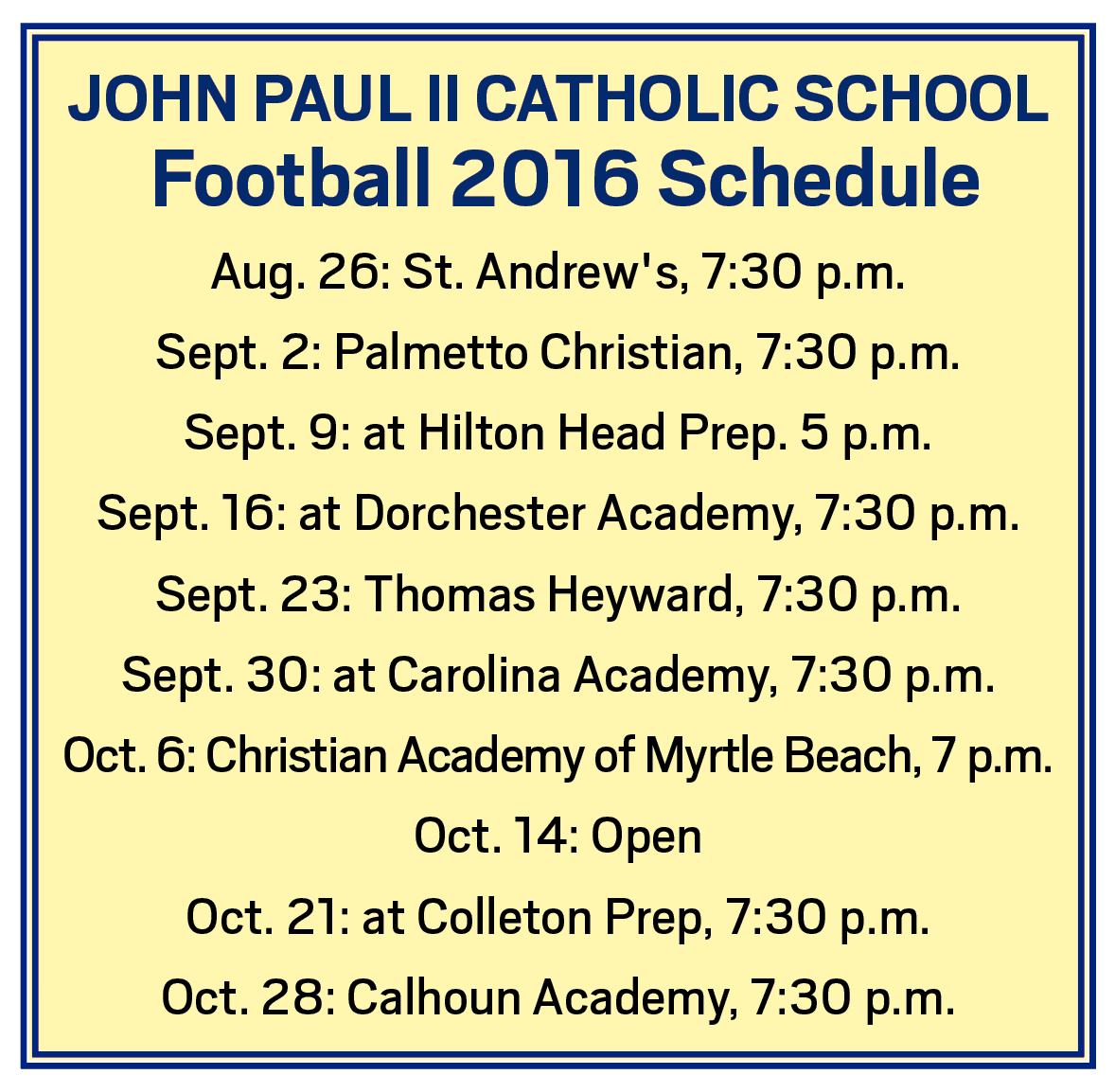 Conroy would have been proud of literary center

Changing of the guard at Beaufort Academy

LowcoSports.com The stars of the night shined on Senior Night at Beaufort High on Friday, as