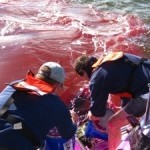 State health officials and water quality experts will inject red dye to parts of the Beaufort River starting Monday morning to see if any areas can be opened for additional shellfish harvesting.

Local areas to be tested include all navigable waters along the Beaufort River to include smaller creeks and water extensions, beginning near the McTeer Bridge, that flow northward to approximately Brickyard Creek, and southward toward Port Royal Sound.

“We want to be sure our residents are informed about these tests so they don’t worry too much if the river looks a little different when the dye is put in,” Beaufort Mayor Billy Keyserling said. “We value our waterways and we have lots of people who keep a close eye on the water quality. In this case, a red river is a good thing.”

Injection of the Rhodamine WT dye is expected to temporarily change the color of the water to a bright red color for possibly several hundreds of feet, lasting a few hours to an entire day. The brightness will fade as the dye dilutes with the river’s flow and should be gone after a day, DHEC said.

The Chowan, Distant Island, and Wallace creeks have the most harvestable shellfish, mainly eastern oysters and hard clams.  The SCDHEC Shellfish Growing Area 15 extends north–south from McCalley Creek to Port Royal Sound and any impact of the dyed effluent on these areas will be examined in this study, DHEC officials said.

Test preparations begin Sunday with the actual dye injection set to start at 7:30 a.m. Monday. Additional dye tests and monitoring will continue through Tuesday, with Wednesday set as the “rain make-up day” should it be needed.

Habersham’s Ron Callari took this photo of his own shadow at sunrise on Hunting Island. To…