Beaufort County, South Carolina, has a rich history supporting military installations and their critical mission to protect our freedom.  Many in this country take that freedom for granted; the citizens of Beaufort County do not!   In Beaufort, we make Marines and fight our nation’s battles! Since 1960, Marine Corps Air Station Beaufort has been an integral part of this community and an integral part of the Marine Corps’ ability to wage war on our nation’s foes.  The future of Marine Corps aviation and MCAS Beaufort is the F-35B Joint Strike Fighter.

Sequestration is now reality. As a result, military strength and combat readiness will continue to decay over the coming decades.  The Marine Corps will return to its roots as the “Nation’s expeditionary force in readiness,” America’s 911 force. From Embassy evacuations to full out combat operations anywhere in the world, the Marine 911 force will bridge the sequestration gap for our nation. Critical to the Marine Corps expeditionary role is the F-35B Joint Strike Fighter with its short take-off and vertical landing capabilities. The F-35 is the first jet of its kind.  The stealthy F-35 is a supersonic, multi-role, 5th Generation (meaning most advanced in the world) fighter designed to replace aging AV-8B Harriers and F/A-18 Hornets currently supporting the Corps’ expeditionary mission.  China and Russia are aggressively investing in their own 5th Generation stealth fighter aircraft. The F-35 program as a whole is needed to guarantee our competitive edge over these fighter development programs and to preserve America’s tactical air superiority over any potential adversary. As the Department of Defense is asked to do more with less, the F-35 program and specifically the F-35B will enable our Marine Corps’ 911 force in readiness to project power to any clime or place in the world.

With sequestration, the question must be asked, is the F-35 program affordable?  The Government Account Office, which is the investigative arm of Congress charged with the auditing and evaluation of government programs and activities, recently reported that changes and improvements in the F-35 program has put it “on firmer footing” and said that the “F-35 is critical to long-term recapitalization plans as it is intended to replace hundreds of existing aircraft.”

There are currently 60 F-35 aircraft flying today supporting the Services’ testing programs.  Even with this limited production, the program supports more than 125,000 direct and indirect jobs and has an economic impact of nearly $17 billion dollars. These numbers will grow as the program reaches full production in the 2018 timeframe, driving down costs.  An F-35 purchased today costs over 50 percent less than those purchased just five years ago, and this trend will continue.  Export sales to our international partners are expected to reach $200 billion.

Why is the F-35B important to Beaufort? First and foremost, this is a military community that takes pride in supporting its national defense.  Beaufort is the designated training base for all F-35B pilots in the Marine Corps.  In the future, any pilot who flies the F-35B throughout the nation or the world will have lived and trained in Beaufort County, South Carolina. The F-35 will bring enhanced economic impact to the region.  Unlike the Desert Storm days of the past, where practically the entire base deployed for over a year leaving Beaufort a virtual ghost town and businesses in distress, the F-35B training squadrons will be here to stay.  These squadrons will be double the size of our current deploying squadrons at MCAS. As training squadrons, they will also welcome close to 100 new pilots each year producing a continuous flow of new families into our community.  Other jobs will also accompany the arrival of this aircraft with more than 200 new positions to support the training and simulation center.

While our political leadership grapples over sequestration and the fiscal woes facing all Americans, the F-35 program and Beaufort’s F-35B represents a smart investment in our economic future and, most importantly, the preservation of the freedom we fought for over 200 years ago and we fight for today. 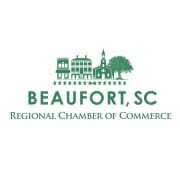 What we’ve got here … is failure to communicate BEAUFORT – Poor communication. That’s the latest charge