The second suspect wanted in connection with a July 25th shooting incident has been arrested.  Jerrod Nathan 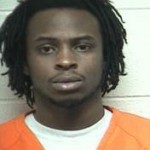 Taylor has been charged with attempted murder in connection with an incident which took place at Spanish Trace Apartments.  After responding to reports of a fight at that location officers located an 18 year old man and a 22 year old man who reported that they had gotten into a fight with some other individuals. During the fight one of the suspects pulled a pistol and fired a shot that wounded the 22 year old victim.  Investigators received information that Taylor had been seen in Wilderness Cove apartments off of Talbird Road.  A fugitive team from the U.S. Marshals Service was contacted and they set up surveillance on the area. Early this afternoon the team observed the suspect at one of the apartments and alerted Beaufort police officers.  Officers from both agencies moved in and the suspect was apprehended without incident. The other suspect in this case, 20 year old Christopher Holmes, turned himself in previously.

Kooky Mooky’s: Great food to eat in the park

What we’ve got here … is failure to communicate BEAUFORT – Poor communication. That’s the latest charge