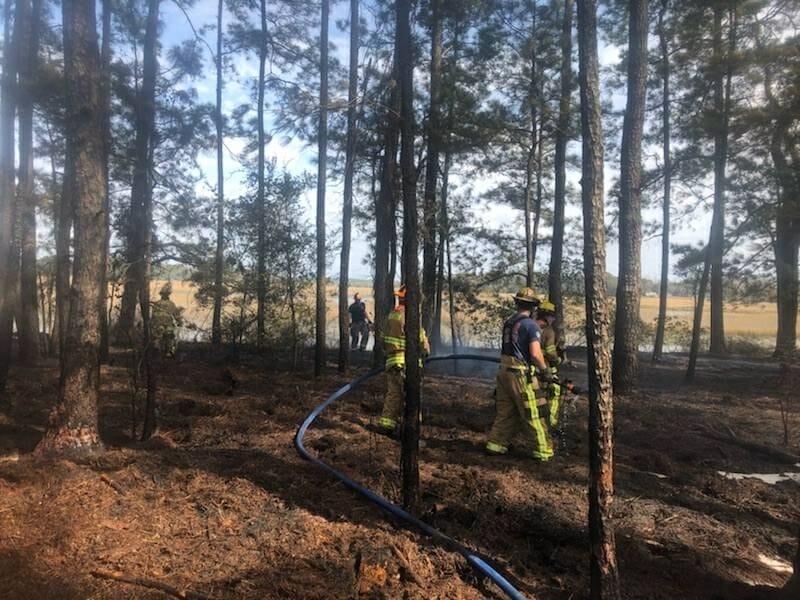 It took firefighters approximately an hour and a half to extinguish the fire. No structures were damaged, though traffic on Trask Parkway slowed while firefighters worked to put out the flames. The Burton Fire District has responded to 10 brush-grass fires so far in 2018.

One injured in two car wreck

The Burton Fire District responded to a motor vehicle accident on Trask Parkway just before 5:30 p.m. on Friday, Feb. 9, in front of 2842 Trask Parkway by Poppy Hill Circle. Firefighters arrived to a two vehicle accident between a passenger vehicle and a pickup truck. The male driver of the passenger vehicle, who was wearing a seat belt, sustained what appeared to be non-life threatening injuries. The driver of the pickup was not injured. An east bound lane and a west bound lane of Trask Parkway were blocked while emergency crews assisted the injured driver.