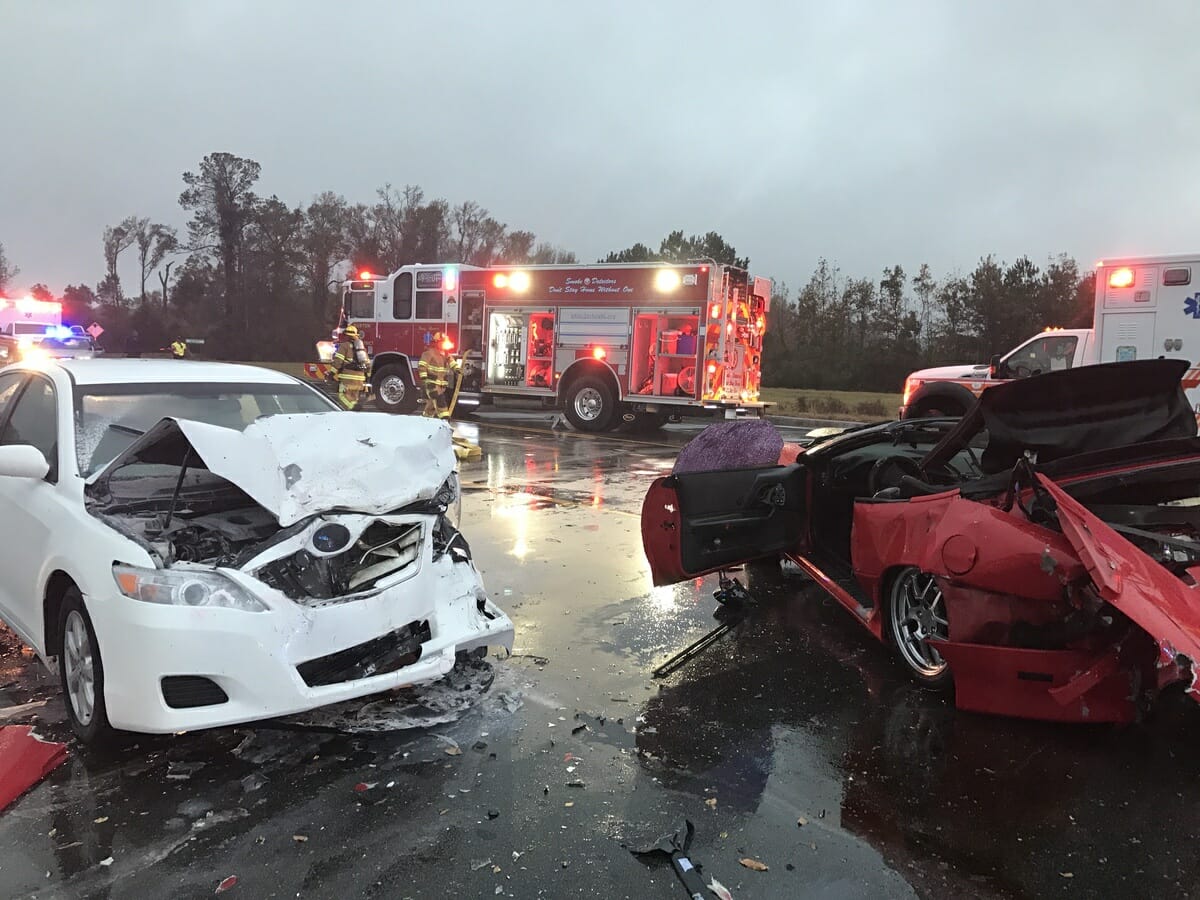 Just before 5 p.m. Dec. 5, the Burton Fire District was dispatched to a car accident on Trask Parkway in front of MCAS Beaufort.

Burton fire crews arrived on scene to an accident involving a Chevy Camaro and a Toyota Camry, with both cars sustaining major damages, and the driver of the Camaro trapped inside. The fire in the Camry was extinguished with a fire extinguisher prior to arrival of fire crews.

The driver of the Camaro was rescued using the Jaws of Life.

All lanes of Trask Parkway were closed for approximately 30 minutes while emergency crews assisted the injured and removed road hazards.

Since Nov. 23, the Burton Fire District has responded to over 10 motor vehicle accidents involving two fatalities and a pedestrian suffering critical injury, and two house fires, one of which was a total loss and resulted in the death of a family pet.

According to a Beaufort County Sheriff’s Office report, investigators met with the two male juveniles who were being sought for questioning in an ongoing investigation.

When the juveniles were approached at the meeting on the second-floor balcony of the Econo Lodge on Boundary Street in Beaufort, they began kicking, punching and wrestling the two investigators and attempted to push them off of the balcony, the report states.

The two ran away from the Econo Lodge, and another investigator saw them running toward Kmart on Boundary Street. The investigator approached the two and they immediately assaulted him and began to flee again, the report states.

The investigator was able to catch up with them and a struggle ensued. Ultimately, the two juveniles were brought under control and handcuffed by the investigator and deputies.

Both juveniles were detained on three counts of assault and battery on a police officer and two counts of resisting arrest. They are being held in the Department of Juvenile Justice in Columbia, where they will stay pending a hearing before the Beaufort County Family Court.

The Beaufort County Sheriff’s Office has arrested John Priester, 25, a homeless man from the Burton area, in relation to a Dec. 9 arson.

Teresa Seigler, 56, was found dead inside the burning residence at 126 Falls Road in Burton. The cause of death is under investigation.

Anyone with information is urged to contact Cpl. Jason Malphrus at 843-255-3426 or CrimeStoppers 1-888-CrimeSC to remain anonymous and for possible reward.

Investigators waited in the parking lot of Mazzochi’s New Orleans Road barber shop for him to arrive on Dec. 9.

At approximately 10:30 a.m., Mazzochi showed up in his pickup truck, at which time investigators approached and arrested him.

During a search of Mazzochi, investigators say they found heroin, Xanax and a large quantity of cash. No other illegal drugs were found during the search warrants on his pickup truck or his barber shop.

In addition to the other active warrants, Mazzochi was also charged with trafficking heroin and possession of a Schedule IV Controlled Substance (Xanax).

He was transported to the Beaufort County Detention Center. 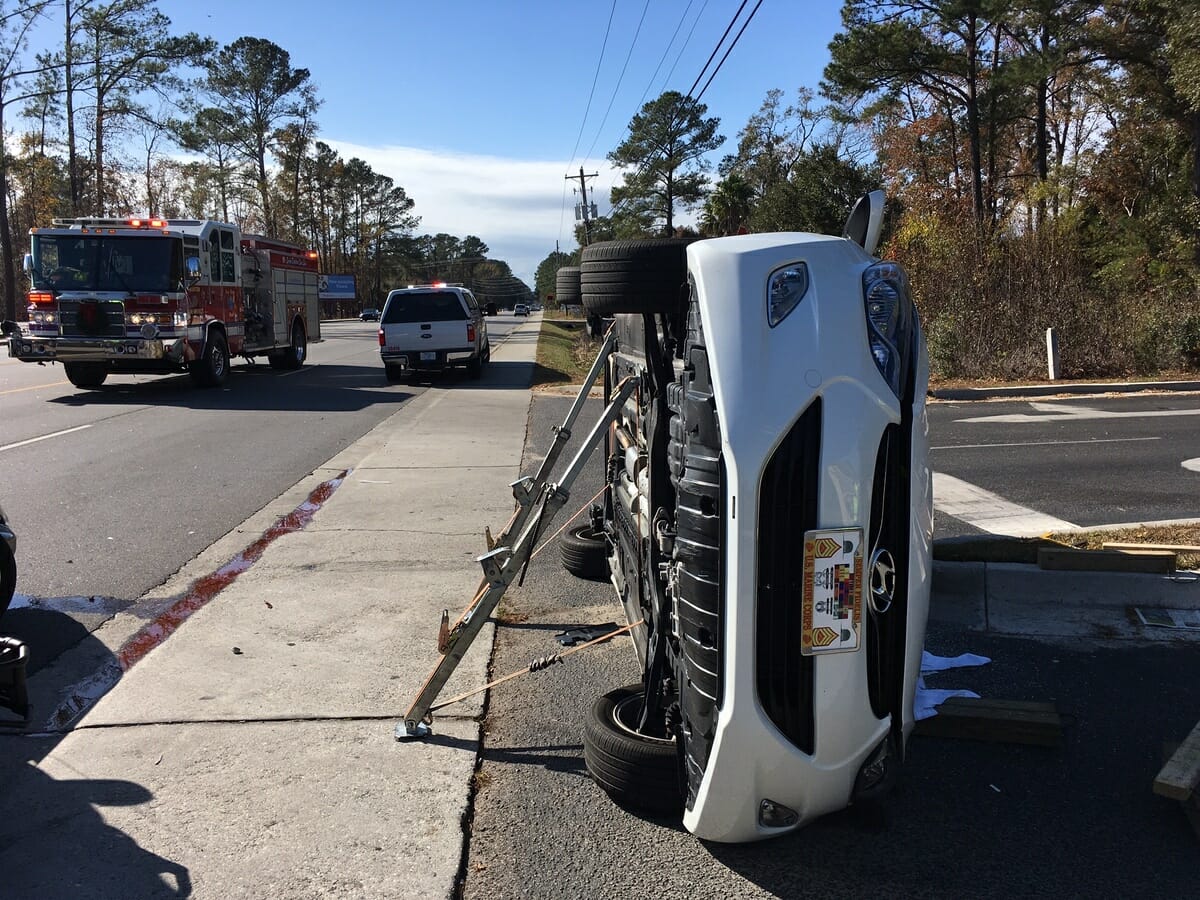 Burton firefighters responded to two motor vehicle accidents on Dec. 11, in which one driver was rescued and five people were transported to the hospital.

The first accident was reported on Robert Smalls Parkway by Zaxby’s just after 12:30 p.m. Fire crews arrived on the scene to find a two-vehicle accident with one vehicle on its side and the male driver trapped.

Firefighters rescued the driver, who was transported to Beaufort Memorial Hospital with what appeared to be non-life threatening injuries; two occupants in the second vehicle were not transported.

The second accident was reported on Trask Parkway at the intersection of Stuart Point Road just after 1:30 p.m. Both vehicles sustained heavy damage.

One northbound lane of Trask Parkway, along with the intersection of Trask and Stuart Point Road, were blocked for approximately 30 minutes while emergency crews assisted the injured and removed roadway hazards.

Sometimes it’s good to step out of your comfort zone