A groundbreaking visual arts exhibition opens at the York W. Bailey Museum at Penn Center on March 21, 2014 at 6:30 p.m. Harlem on My Mind: 1900-1968, presented by the I.P. Stanback Museum and Planetarium at SC State University, has only been seen twice in the 45 years since its creation in 1969, first at the Metropolitan Museum of Art in New York City and then in 2007, at the Stanback Museum. 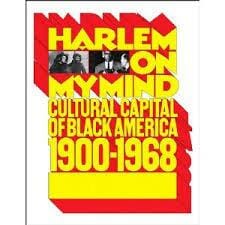 Long before Harlem became one of the trendiest neighborhoods in the real estate market of Manhattan, it was a metaphor for African American culture at its richest. Harlem on My Mind is the classic record of Harlem life during some of the most exciting and turbulent years of its history, a beautiful and poignant reminder of a powerful moment in American history.

The exhibition, created in 1968 for the Metropolitan Museum of Art, records the struggle to establish an urban black culture in 20th century industrialized America. Documenting life in Harlem from 1900 to 1968, it surveys the changing character of Harlem during each decade, the continuing relevance of South-North problems, the major historical events, and the leading figures associated with Harlem, particularly in literature, theater, politics, music, art and commerce.

By moving through the exhibition galleries, it is possible to witness history unfold and to sense what people might have thought and felt at those times: from white to black Harlem at the beginning of the century, the jazz age of the twenties, depression and hard times in the thirties, World War II at home and abroad, frustration in the fifties and militancy and identity in the sixties.

The exhibition opening at Penn Center contains selections from the collection donated to the Stanback Museum by the New York Public Library’s Schomburg Center for Research in Black Culture, where it was housed following the closing of the exhibition at the Met. The exhibition features work by some of Harlem’s most treasured photographers, among them James Van Der Zee and Aaron Siskind and includes photographic murals of Harlem’s literary lights, its politicians, its musicians and everyday people who gave life to this legendary community.

Harlem on My Mind will be on exhibit at the York W. Bailey Museum from March 21 until May 3, 2014.  The photographic exhibit is suitable for all audiences, is historically and educationally significant and provides an enriching glimpse of a proud community and its people whose likeness has been captured in-perpetuity. This is the first exhibition presented through collaboration between Penn Center’s York W. Bailey Museum and South Carolina State’s I. P. Stanback Museum & Planetarium.

The exhibit shares its opening reception on Friday, March 21 with a ceremony at the Arnett House on Penn’s historic grounds beginning at 5:30 p.m. and the grand opening of Penn Center’s Welcome Center starting at 6 p.m.

Arnett House, built in 1937 by St. Helena islanders and Penn School students, was used as housing for student teachers from South Carolina State College working in schools within the county.  The Welcome Center grand opening will take place immediately after the Arnett House ceremony.  The Welcome Center is conveniently located in The SHED at Penn Center next to the museum. The center offers the largest selection of books on Gullah Geechee culture and Penn Center’s history, artwork by area artisans — sweetgrass baskets, original paintings, Gullah wood-burnings, pottery — and Penn Center souvenirs.

The public is invited to attend all the events on Friday, March 21. For more information, call 843-838-2432 or email info@penncenter.com.

The Indie Film Corner: ‘Girl on a Bicycle’

From staff reports  The fall season of Street Music on Paris Avenue kicked off Saturday, Aug.

The Beaufort Bookstore, in partnership with the nonprofit Pat Conroy Literary Center, will host an evening

Rehearsals for the upcoming performance of the Broadway musical Guys and Dolls are in full swing.