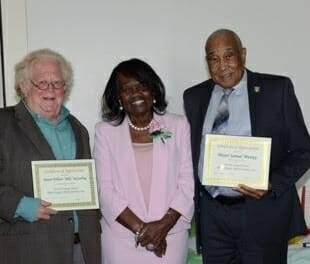 Alpha Kappa Alpha Sorority, the oldest Black Greek lettered organization for women, has now existed for 109 years. Nu Delta Omega Chapter in Beaufort observed the birthday with a program/luncheon on Feb. 11. It is during such observances that the chapter recognizes members of the chapter and the community for their services.  Among those receiving such honors this year was Beaufort Mayor Billy Keyserling and Port Royal Mayor Samuel Murray.  Each has supported the chapter in many community endeavors throughout the years.