Today, even the most inspiring words have a hard time reaching teenagers, who are plugged into an incessant bombardment of peer pressure, media hype and negative influences. One Beaufort group uses hip-hop and spoken word to break through all of the noise and nudge youth onto a path toward achieving their goals. Living Out Ur Dreams (LOUD) has a lot to say if the community is willing to listen. 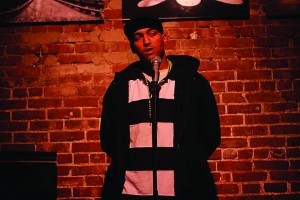 Founded by Jamie Fleming and Mackenzie McGrew, LOUD is an arts and education based nonprofit that operates as a conduit for student and community success through project-based instruction. LOUD uses slam style poetry, music composition and music engineering and production to empower its participants to overcome negative peer pressure, and encourages them to develop healthy values and positive attitudes and habits, ultimately leading to better decision-making skills.

Jamie and Mackenzie met at Rutgers University in New Jersey, and then moved to Beaufort, Jamie’s hometown.

Here the two realized the need for high school students to express themselves when they opened a semi-professional recording studio and saw the teens coming by, hanging out, learning and watching creativity happen. “Some kids had real social issues plaguing them, but once they came into the studio, they didn’t want to leave,” said Jamie, 30, LOUD’s creative director.

When the program started in 2009, they were housed at the Boys & Girls Club Teen Center.

LOUD runs on a year round schedule that offers afterschool programming to teens ages 13-19 in Beaufort County. They target at-risk youth dealing with issues such as poverty, abuse, gangs, low self-esteem and no positive identity.

Last year 90% of the students participating in LOUD raised their high school GPA the equivalent of a full letter grade. LOUD students also received violence prevention training using the Mentors in Violence Prevention curriculum, administered by staff from Hope Haven of the Lowcountry, and created public service announcements regarding South Carolina’s lack of protocol for domestic violence in teen and same sex relationships.

“Being at the teen center, we saw immediate success, it was definitely a hit with our students — not just because we offered a recording studio which always lures the kids — but we have really solid programming that gears itself toward the holistic development of youth, academic achievement and violence prevention,” Jamie said.

Mackenzie and Jamie said they have been impressed with their students’ talent and courage. “They always come up with these ridiculous poems, and then the power to get up on stage and deliver it the way they do, it’s phenomenal,” Mackenzie described with admiration.

One student in particular was shy at the beginning, but really opened up, and has been with the program for two years. Jamie said, “Her mother called and personally wanted to thank us for the program, and said had it not been for LOUD, her daughter would not have found the strength and the power to really express herself and to stand up for herself.”

For the rest of the year, the LOUD Slam Poetry Team is working with slam poet Noel Scales, who was featured in HBO’s “Brave New Voices” documentary. The five students are training and will apply to compete on the HBO “Brave New Voices Competition,” July 2012.

Living Out UR Dreams has also just expanded into Jasper County and is set up at the Boys & Girls Club in Ridgeland. Jamie, who works often at Ridgeland High School, said he saw a need for the program because there are not a lot of things for youth to do in that area. LOUD students from Beaufort will be trained to facilitate the Mentors in Violence Prevention curriculum for the Ridgeland site.

“In Beaufort, we were originally at the Boy & Girls Club Teen Center, but that closed, leaving us without a space to occupy. In the meantime we’ve also opened another site in Ridgeland, leaving still our Beaufort site without a home,” Mackenzie, 29, said.

Their Capital Campaign 2011-2012 is focused on raising enough money to secure a permanent facility to host the LOUD program. The facility will offer instruction in spoken word slam style poetry, music production and professional music recording for teens.

As part of their fundraising efforts, LOUD is conducting “I Got 5 On It,” an Internet campaign that allows donors to give a minimum of $5 to support the cause. Their goal is to raise $100,000 through online donations. To find out more or to support the campaign, visit www.livingouturdreams.org.

Mackenzie said, “Our hope is by 2012, we will have earned enough money to have a permanent space for the LOUD students here in Beaufort to come and work out of and continue the flow of students as the kids graduate and the new ones come in.”

A difference of opinion