As we embark on a new year, and hopefully one that has little in common with the one we’re casting out, let’s take a moment to remember 2020, flaws and all.

It was shaping up to be a huge year for LowcoSports, but, uhh, you know. We scrambled to stay afloat in a world without sports, and when the games started back up, we held our breath (inside our masks) every time we covered one, hoping it wouldn’t be the last.

But doggone it, we made it through to the other side, and we have big plans on the horizon, hopefully sooner than later.

It was a weird year, but thanks for being a part of it. #GoLOWCO

JANUARY started with a decidedly football flow, as we kicked off the year by announcing our 2019 All-Lowco Football Team with an awards brunch at British Open Pub in Bluffton, honoring the Lowco’s brightest high school football stars. Then a former Lowco high school legend – Ron Parker – hung up his cleats to end an unlikely 8-year NFL career. We didn’t just honor football stars, though, also announcing the inaugural All-Lowco Volleyball Team to spotlight the area’s biggest standouts.

We rolled into FEBRUARY with the hoops scene heating up, and nearly boiling over, when rivals Beaufort High and Battery Creek had to finish a game with no spectators after a skirmish broke out in the crowd. Little did we know how common playing in an empty gym would become. Some of the area’s biggest hoops stars got some extra shine by being named to the all-state team, and a longtime coach set off for a new challenge.

In MARCH, teams across the Lowco were striving for state championships, and we were ramping up for the inaugural Lowco Basketball Showcase. A couple of those teams made it to the mountaintop — Beaufort Academy’s girls and Hilton Head Christian Academy’s girls won it all — and another nearly made it to the summit, as future Wofford Terrier Nick Pringle and the Whale Branch boys fell in the Class 2A state championship game. If you lived through this year, you probably know what happened next. We had to pull the plug on the Lowco Basketball Showcase two weeks out (after the custom uniforms, medals, and plaques arrived, naturally) then watch as the sports world shut down.

Instead of being deluged with spring high school sports while preparing for the annual RBC Heritage in APRIL, well, we don’t need to remind you. The Heritage was postponed (more on that later) as the PGA Tour scrambled to figure out how to operate around the COVID-19 pandemic, dealing a terrible blow to the local economy and a crushing hit to local charities. Inspired to help, we launched our LowcoStrong T-shirt campaign, selling more than 700 shirts and raising more than $7,000 for local charities. We also started our Senior Student-Athlete Spotlight series, highlighting numerous spring sports athletes whose senior seasons ended too abruptly.

The sports shutdown continued into MAY, but we kept covering local sports news. The coaching carousel continued to spin, and Battery Creek made some big-splash hires to lead their football and girls basketball programs. (This qualified as BIG local sports news in May 2020.) Hilton Head High also made a girls basketball hire to replace longtime coach Sean Rochester. Later in the month, one of those stars who lost her senior season picked up some hardware nonetheless, as May River softball standout (and future Gamecock) Kylee Gleason was named the Gatorade South Carolina Softball Player of the Year. (This would have qualified as BIG local sports news regardless of the situation.)

In JUNE, we finally got that Heritage … sort of. It wasn’t a Heritage like any we have seen before — there were no spectators for one, and the field was, uhhh, more robust than usual. The top five players in the world all committed to play South Carolina’s only annual PGA Tour stop, and none of us could watch, except on TV. But it was a helluva show. Meanwhile, an old Lowco standout made headlines again when former Seahawk and Gamecock baseball star Carmen Mlodzinski was picked 31st overall in the MLB draft by the Pittsburgh Pirates. Another Lowco standout earned a prestigious honor — again from your favorite sports drink — as HHIHS soccer star Miya Poplin picked up Gatorade South Carolina Girls Soccer Player of the Year honors.

In JULY, there were signs of life in the local sports world. Talk of the fall high school sports season intensified, and one of our own interns helped lead a movement to ensure student-athletes got their chance to shine. We also honored the area’s top hoops stars with our All-Lowco Basketball Teams, thanks to support from H2 Basketball. And we fell in love with a diminutive runner who is dominating while putting up big miles. We’re gonna be writing A LOT about Gavin Moore.

By AUGUST, the cries for football had reached a fevered pitch — even more than most years. The state’s private school league charged ahead with a moderately robust mitigation plan, and the Friday Night Lights fired up. With the exception of a handful of teams who had to shut things down for a couple weeks here or there, they didn’t turn off until two Lowco teams were crowned state champs. The public school league took a more cautious approach, pushing back the start of the season and reducing the schedule to prioritize region games.

In SEPTEMBER, everyone was playing — well, almost everyone. The Jasper County School District elected to forgo the fall sports season in the midst of the pandemic, which was hitting the communities it serves hard, while Hilton Head Island High faced the first of two setbacks in the form of a two-week quarantine on the eve of its delayed season opener. There were historic first wins, impressive statement victories, and record-breaking performances.

And in OCTOBER, emerging Lowco powers began to flex their muscles and exert their will on opponents, while perennial champions ensured no one challenged the throne. Beaufort High won a second straight region title, Whale Branch went undefeated in the regular season, and Hilton Head Christian Academy marched toward state title. Meanwhile, the Seahawks were again sidelined in a harsh reminder of this season’s tenuous nature. 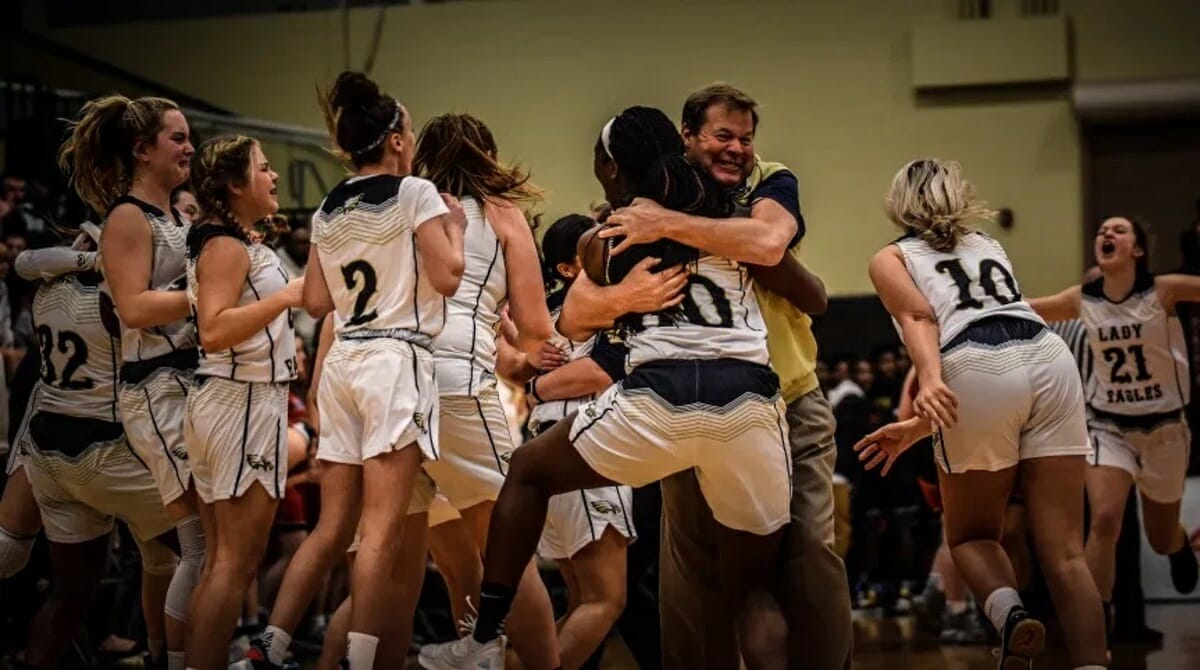 NOVEMBER was all about crowning champions. A Hilton Head High volleyball team that inspired us and led by example earned the ultimate reward, while two dominant private school football teams completed their coronations, with Thomas Heyward winning its third consecutive SCISA 1A title and Hilton Head Christian Academy completing a perfect season with a SCISA 2A crown. It was an especially cool day for a couple of Lowco dads, as HHCA coach Ron Peduzzi and THA coach Nic Shuford celebrated championships with a couple of stars who are also their sons.

The fruits of fall labor began to pour in when we hit DECEMBER, with all-region and all-state honors coming for some of the Lowco’s finest. Meanwhile, some talented newcomers injected new hype into the Lowco hoops scene that has been dominated by powerhouse girls programs, and we rolled out a new podcast — the Lowco Hoops Report presented by H2 Basketball — to give the area’s ballers some extra shine. New contenders emerged, too, as a couple of dormant powers in northern Beaufort County showed signs of awakening, with boys teams at Beaufort High and Battery Creek going into the new year undefeated.

Unfortunately, the year ended with yet another reminder that every game we get to play is a blessing, as nearly every team in the area found themselves sidelined for two weeks.

Justin Jarrett is the Sports Editor of The Island News and the Editor and Publisher of LowcoSports.com, where all of these top area sports stories of 2020 can be found.