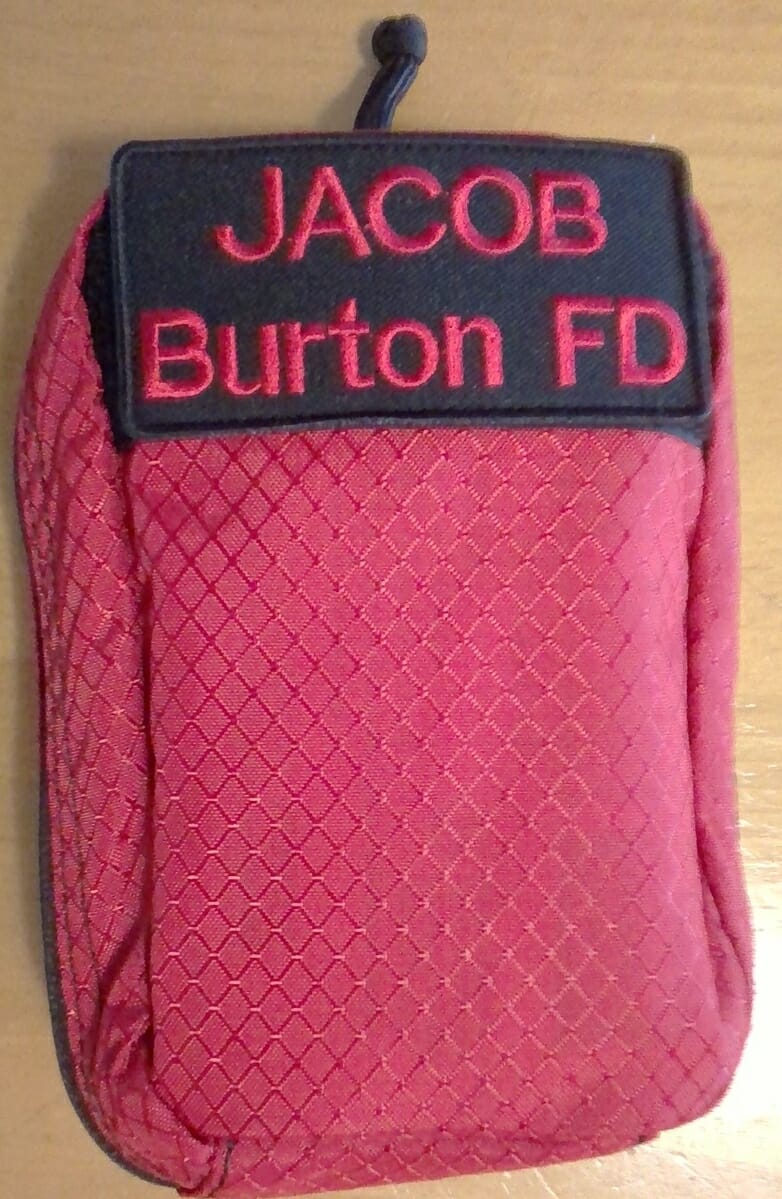 With the threat of school violence becoming more prevalent, along with the unique challenges it presents to emergency responders, the Burton Fire District is piloting a new program based upon national studies with plans to implement the program in all of its schools.

The Jacob Kit is a small trauma kit designed to stop critical bleeding and will be placed in all 45 classrooms at Broad River Elementary School.

Burton firefighters hope this kit will bridge the gap between the time a child suffers a life threatening injury and the time emergency responders can arrive by their side to start rendering aid.

This kit is based upon the recommendations of the Hartford Consensus. Shortly following the events at Sandy Hook Elementary School, a Joint Committee to Create a National Policy to Enhance Survivability from Intentional Mass Casualty and Active Shooter Events was formed by the American College of Surgeons.

This consensus was built upon data compiled from military and civilian experiences and places emphasis on early bleeding control.

Burton firefighters have named this program after Jacob Hall, a 6-year-old South Carolina student who suffered a bullet wound to his leg during a shooting at Townville Elementary School in 2016. While he survived the initial wound, he died three days later.

The kit was inspired by Angela Byrne, a 26-year teaching veteran at Broad River Elementary (BRES), who followed Jacob’s story and asked her firefighter/paramedic husband what she could have done if Jacob had been her student.

With the community’s help, the Burton Fire District hopes to continue this program in each of the schools in its district.

This program initiative at BRES was made possible through donations from Washington National Insurance, Kiwanis Club of Beaufort and the Stuart Hardy family.

It is the goal of the Burton Fire District to keep this program a community-supported program. Fire officials feel the school district budget should be spent on educating our children, and that societal issues such as school violence should be addressed by the community.

Individuals or businesses wishing to donate to this program can do so through the Burton Fire District FAST team. Each kit costs $50, a kit plus supplies for a classroom installation costs $75, and installation for a whole school is approximately $3,500.

For more information or to inquire about making a donation, email safetyed@burtonfd.org.

Above: Beaufort’s Kacy Fields rolls into the end zone for the Eagles’
blasts Northwood LowcoSports.com A two-week delay to make their home debut was
Part of Spanish Moss Trail to be closed Friday Several sections of the Spanish
Fire cider is a tonic containing many spicy ingredients. It is an
From staff reports  The League of Women Voters Beaufort S.C. (LWVB) Area