Plenty of excitement surrounds the 2016 edition of the Beaufort High School football team. Several starters are returning to the football program on offense, defense and special teams.

Beaufort High featured a pair of rushers over 1,000 yards. Cummings rushed for 1,066 yards and 16 touchdowns for the Eagles last fall.

Middleton rushed for 475 yards and five touchdowns during the 2015 season.

Senior receiver Rome Wallace is back to catch passes for the Beaufort High football team. Wallace hauled in 23 receptions for 365 yards and two touchdowns in 2015.

Along the line, senior defensive tackle JaQuan Simmons (48 tackles) is back for the Eagles’ defensive unit.

Pulling double-duty, Cummings will start at outside linebacker for the Eagles.

On special teams, kicker/punter Will Durbin is back to pace Beaufort High. Durbin booted 36 PATs and five field goals during the 2015 season.

“We have established the battle cry of ‘Go to Work’ and I believe we have done just that and will continue to do so,” said Mark Clifford, Beaufort High School head coach. “Weight training this summer and speed work went well and the first week of fall has been productive. Returning varsity players, last year’s JV squad and newcomers are all competing for starting positions – filling the slots and pushing the returning starters. We are an experienced team. We aren’t very big but we have good speed, and as usual, Beaufort will be very physical.”

Clifford was born in Miami, Fla., the youngest of six boys, all of whom played college football. After attending and playing football at Coral Gables High School in Miami and then Clemson University under Danny Ford, and following a short professional career, Clifford began teaching and coaching at Seneca High and later Hillcrest Dalzell. He then earned his masters and coached at East Carolina University.

After the successful stint at Sumter, Clifford coached at Hanahan High School before landing in Beaufort in 2002. Since being named head coach of the Beaufort High School football team in 2004, Clifford has amassed a 75-37 overall record.

Beaufort is scheduled to kick off the 2016 season in Mt. Pleasant versus Wando on Aug. 19. The Eagles are slated to host longtime rival Whale Branch for a home opener on Sept. 9. 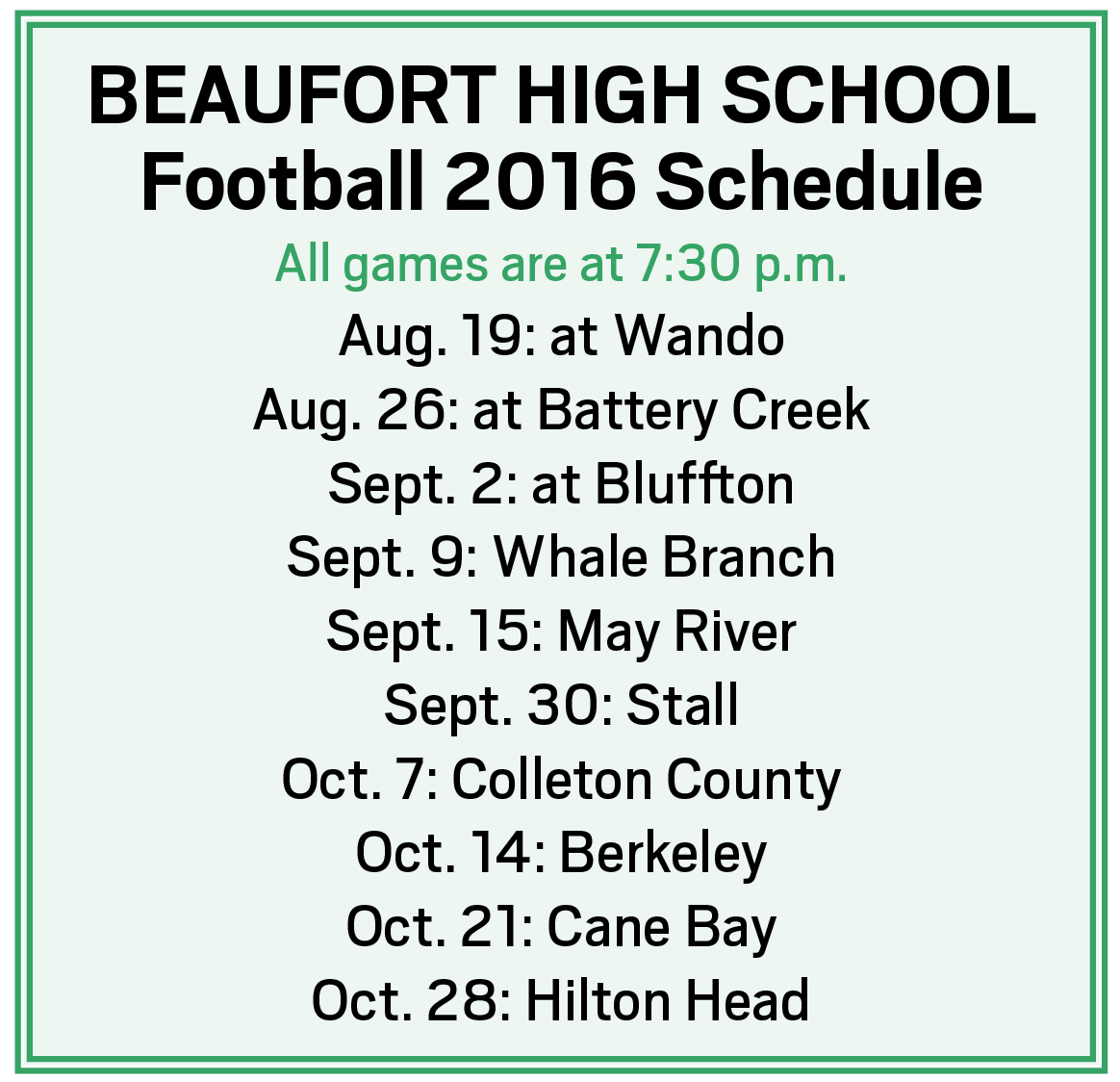