Head coach Ken Cribb is set to guide the Bluffton Bobcats into a highly-anticipated 2016 football season. Bluffton is preparing to kick off its latest campaign in neighboring Georgia against an out-of-state opponent.

The Bobcats will open the season versus Screven County (Ga.) in the Erk Russell Classic at Georgia Southern University (GSU) in Statesboro, Ga,. on Friday. Aug. 20. Kickoff for the Bluffton-Screven County football game is set for 5 p.m.

Following its season-opener against the out-of-state opponent from neighboring Georgia, Bluffton will host May River for its first home game in the 2016 season.

The Bobcats have additional away games scheduled versus Whale Branch, May River and Wade Hampton.

Senior Cam Bent is poised to help lead the Bobcats. Bent holds a scholarship offer from the University of South Carolina.

Bent rushed 67 times for 611 yards in 2015. He also proved to be a reliable pass-catcher last fall, ranking second in receiving for the Bobcats during the 2015 season.

Leading receiver Tyrese Sandgren is another key returnee for Bluffton. Sandgren, a senior, reeled in 45 receptions for 786 yards and eight touchdowns.

Junior Hunter Eldridge has emerged as a talented passer for the Bobcats. Fellow junior Jermaine Patterson and freshman Lee Kirkland are additional quarterbacks for the Bluffton football program.

The Bobcats’ starting quarterback in 2015, Terrance Heyward, completed 67-of-124 passes for 1,189 yards and 15 touchdowns. Howard, however, moved on via graduation.

Defensively, top tackler Richard Jenkins, a junior linebacker, makes his way back for the Bobcats. In 2015, Jenkins recorded 82 total tackles, 59 of which were solo stops.

Bluffton has the first preseason scrimmage of the 2016 season behind it. Cribb confided that he was “pleased” with his team’s performance in a scrimmage that it hosted.

Top photo: A host of Bluffton Bobcats bring down a Patriots player in the 2015 season. Photo by Scott Schroeder Photography. 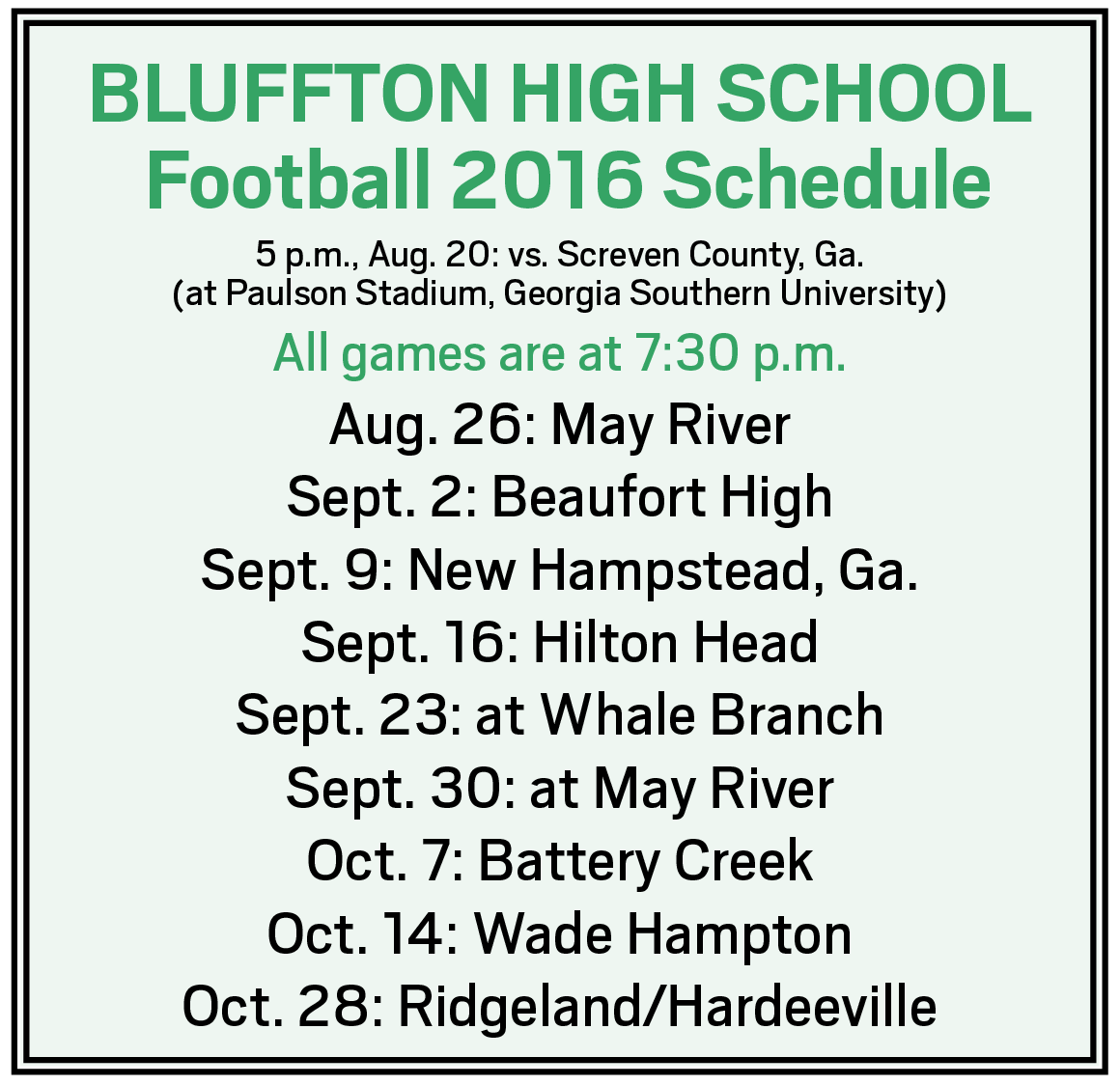