City of Beaufort officials really want you to start wearing a mask in public.

So much so that members of city council held an emergency meeting on Monday, June 29 to pass an ordinance requiring face covers when in public buildings, including all stores and restaurants, within city limits.

The ordinance, which went into effect on June 30, also requires employees of those establishments to wear masks.

Council members and city officials at the emergency meeting cited the alarming rate of increased cases of Covid-19 both in South Carolina and Beaufort County.

The state has also recorded a total of 33,221 cases, and Beaufort County stands at 1,121 cases as of press time. The increases follow a similar pattern in southern and western states, city officials noted.

“We would not be having this meeting if we didn’t, from health professionals and the public, hear a cry out of the necessity to do so,” said Beaufort Mayor Billy Keyserling.

Last week, Beaufort Memorial Hospital CEO Russell Baxley went public with his concerns over the rising numbers of cases in the county, and asked that residents and visitors always wear masks when out in public.

While some council members cited their staunch belief in civil liberties and personal freedom, they also acknowledged their concern for the ongoing public health crisis and continued community spread.

“Unfortunately, I think we have to send a clear message as policy makers that folks need to mask up when they’re out in town and in public,” said councilman Stephen Murray, who said he’s seen very few people wearing masks, outside of employees, at area businesses. 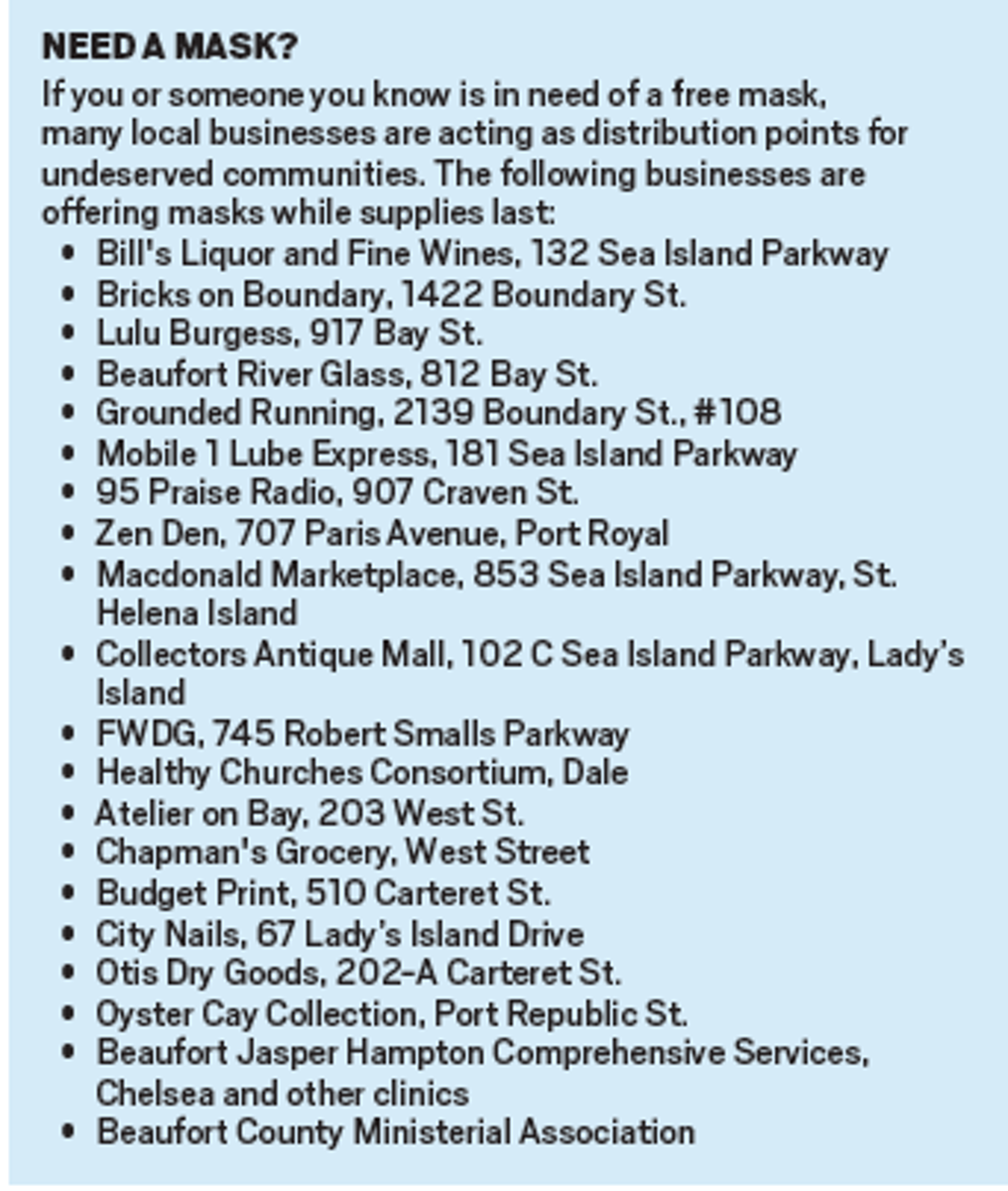 “I hate wearing masks too,” Murray said. “But if it allows us to keep our businesses open over the next few months and slow transmission, then it’s a small price to pay. … It’s worth doing.”

City officials are urging voluntary compliance but have said anyone found in violation of the ordinance will be fined $50 after an initial warning.

In addition, those who observe violations can email the City of Beaufort’s Codes Department at citycodes@cityofbeaufort.org though city officials were quick to note the email was not so much for individual, or “one off” violations, but those that continue to be in violation.

The measure is not meant to be punitive, Keyserling said, but “educational and encouraging.”

He also referred to the recent ruling from South Carolina Attorney General Alan Wilson that cities and counties had the authority under Home Rule to require residents to wear face masks while out in public, after Columbia and Greenville passed similar requirements.

The ordinance, which can be read in full at www.cityofbeaufort.org, received a considerable number of comments and push back from those watching the meeting unfold on Facebook.

Nearly 500 comments were posted during the hour-long meeting as some attempted to discredit the effectiveness of wearing a mask. Others seemed confused as to where exactly one has to wear a face covering while in public.

Those actively eating or drinking at a bar or restaurant would not be required to wear a facial covering, the ordinance states.

Also, those with health conditions or who are unable to safely wear a face covering due to age or an underlying health condition are exempt. The ordinance applies to those high school age and up and does not apply to children.

The Hilton Head Town Council also passed a mask ordinance early in the week. The Town of Bluffton is expected to take up the issue and Beaufort County Council is holding a meeting on July 1 to consider a countywide mask ordinance.

The ordinance will remain in effect for 30 days, at which point it will either be extended or allowed to expire.

Christina Meadows, center, and friend Rose Cook walk along Bay Street on Monday. Both agree with the City of Beaufort’s new mandate to enforce facial masking and social distancing. Both said it will take a community effort to get through the pandemic.

Shoppers downtown seemed to be aware of the pending ordinance but didn’t know to was to be voted on Monday.

Christine Meadows and Rose Cook of Beaufort said they were in favor of the measure.

When asked whether those without underlying issues should be forced to wear a mask she said, “It has to be community effort.”

“You don’t know about the people you come in contact with even if they are asymptomatic. I can’t afford to take anything home to my family,” she said.

Employees of Bay Street Jewelers said the new ordinance wouldn’t affect them at all.

“We have always been following health and safety protocols and have been designated a “Safe Store” by the Beaufort Area Hospitality Association.” Melinda Cato said. “We’ve been masked up every day for our clients since Day 1.”

Ashley Hensley, left and Melinda Cato of Bay Street Jewelers look at gem stones Monday afternoon in the store. Cato said their store has been designated as a Safe Store, and they have been following safety protocols including facial masking since the start of the pandemic. Photo by Bob Sofaly

From staff reports  With more than half of the student body in
What to know about breakthrough COVID-19 infections As the Delta variant continues
At least 7 die of COVID in Beaufort County over 3 days   By
From staff reports The S.C. Chapter of the American Academy of Pediatrics
Decision postponed until Board of Education can get legal, medical advice   By Mike