With spectacular weather all weekend, the 41st annual Beaufort Charities Invitational Golf Tournament was held on Fripp Island and offered 212 players a chance to compete on a tough but fair course. And a course that comes with daiquiri’s as well. And beautiful vistas. And wonderful live bands. And so much more.

The event actually started with a sponsor party at Pleasant Point Clubhouse on Wednesday night where Beaufort Charities awarded checks totaling over $30,000 to local non-profit organizations. From here, the festivities moved to Fripp for three days of fun in the sun.

There were 212 players competing this year and over 100 volunteers plus many other friends and family who came to cheer the golfers on. Thursday night featured a local favorite band, Shark Rodeo, and Permanent Vacation provided the live music on Friday night to 800 or so guests. The weekend came to a close on Saturday night with music provided by Nautical Watch. This year’s event is expected to raise over $40,000 for local organizations all within Northern Beaufort County.

The Beaufort Charities Invitation golf tournament is considered by many to be the premiere golf event in South. It is also the oldest golf tournament of its kind in South Carolina and the 2nd oldest in the nation. Since the event began in 1976, they have raised over $800,000 from this and other fundraisers. The presenting sponsor this year was Jared S. Newman, Attorney at Law and the main event sponsor was Lee Distributors.

To find out more about Beaufort Charities go to www.beaufortcharities.com or find them on Facebook to see lots of additional pictures. 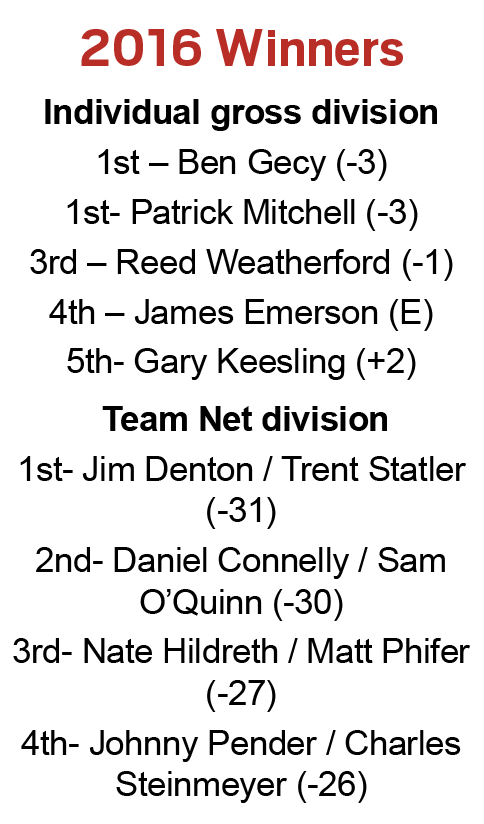