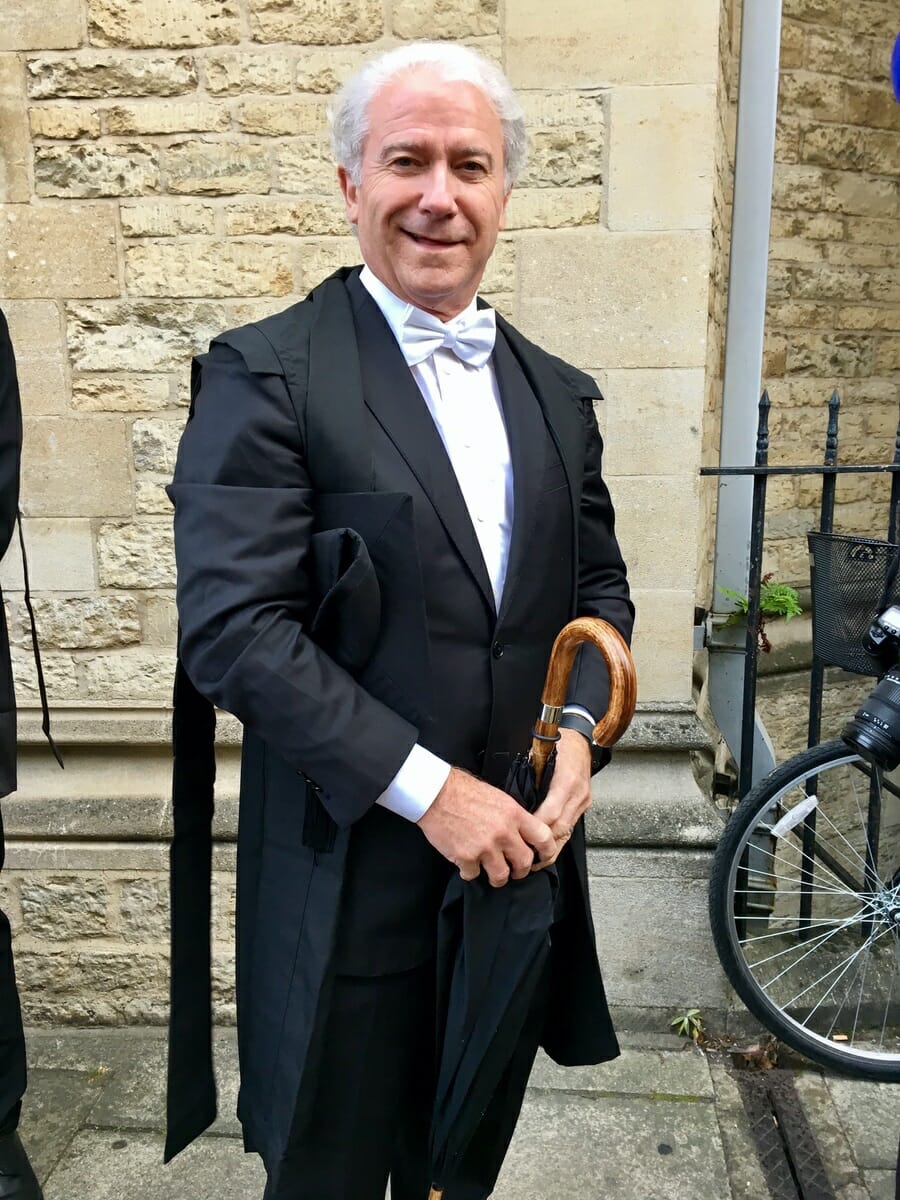 Why would a partner in a prominent Lowcountry law firm put a successful law career on hold in order to pursue a post-graduate diploma in theology at the University of Oxford?

For Alan Runyan, a partner at Speights & Runyan in Beaufort, it was no easy decision. But in the end, it was a logical conclusion to 20 years of theological self-study and the realization that now was the time to seek something more “official.”

And so he traded the paneled courtrooms of American jurisprudence for the hallowed halls of one of England’s most prestigious universities. Oxford traces its heritage back to 1096, making it the oldest university in the English-speaking world.

To earn his post graduate diploma, Runyan had to choose three “papers” from among 30 offered in the theology program. A “paper” is similar to a course. He chose Christian Moral Reasoning, Philosophy of Religion and Science and Religion.

The coursework is very demanding. In each course students attend a weekly lecture, read 700 to 1,000 pages of specified material, then prepare a weekly essay of 2,500 words. The student then discusses the essay with a tutor in the field.

“One must be motivated,” Runyan said, “as reading/research and essay writing are all self-directed and attendance at lectures is voluntary.”

The last term will conclude in June 2017 with a three-hour examination in each paper.

The Beaufort lawyer sees many parallels between his present course of study and the curriculum at Holy Trinity Classical Christian School in Beaufort, where he spearheaded the Farrell & Elizabeth Runyan Raise Up a Child campaign.

Having served as a board of trustee member, he is currently serving as a member of Holy Trinity board of governors.

“The English tutorial system, in my opinion, is one of the few systems in contemporary culture specifically designed to teach students how to think; in particular, how to communicate a logical argument in both written and oral formats,” he said. “Of course, it is not necessarily ‘Christian,’ as I define that term, but it is certainly classical in its higher forms.”

Above: Beaufort’s Kacy Fields rolls into the end zone for the Eagles’
blasts Northwood LowcoSports.com A two-week delay to make their home debut was
Part of Spanish Moss Trail to be closed Friday Several sections of the Spanish
Fire cider is a tonic containing many spicy ingredients. It is an
From staff reports  The League of Women Voters Beaufort S.C. (LWVB) Area