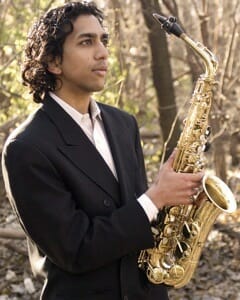 The concert saxophonist Ashu has established an extraordinary ability to communicate with audiences through his charismatic and emotive performance style. He has defied conventions winning major international awards and competitions traditionally won by pianists and violinists. While his astonishing virtuosity thrills listeners, his artistry reaches far beyond this demonstrating a unique personality and musical voice. Critics have described him as “just as much fun to watch as to listen to” (Dallas Morning News) and “ready to cultivate the masses”(Chicago Tribune).

Come a bit early and enjoy a violin duet by Elizabeth Henderson and Olivia Ward of the Beaufort Youth Orchestra as you’re being seated. Tickets at the door: Adults $25 per person/$10 students. All attendees receive a free pass at the Fripp Gate and are invited to join the artists at a complimentary catered reception following the performance. For more information, call 843-838-6655.

From staff reports The movie “Suncoast” is seeking extras for filming between Sept. 21 and Nov.

From staff reports Thomas “Sam” Doyle was an African-American artist from Saint Helena Island. His colorful

Shorts at High Noon is back

From staff reports Shorts at High Noon, the collaboration between the Beaufort Film Society and the

From staff reports The Marsh House Collective, featuring 12 artists from Dataw Island is currently being