Tourism is the second-largest industry in northern Beaufort County. Tourism professionals agree a visitors center helps organize the business, thus making the experience of the visitors, that of the merchants who cater to tourists, and the lives of the rest of us more enjoyable. In the case of the merchants, a visitors center clearly also makes their businesses more profitable. 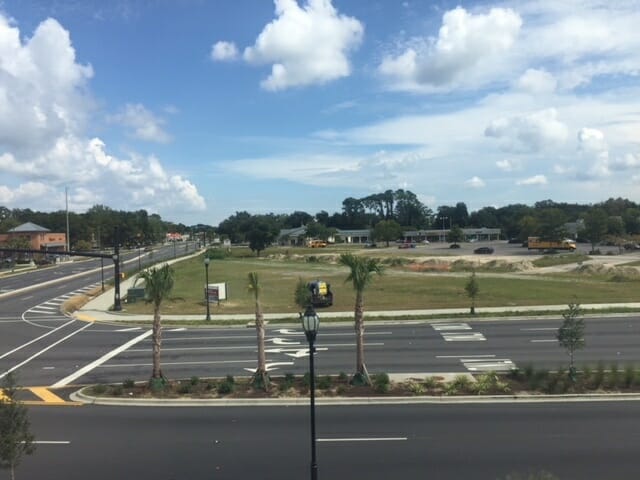 As Beaufort grew and the tourism business burgeoned over the years the Chamber of Commerce operated visitors centers in several locations. There was the building that is now the Waterfront Park Marina Store. Then for several years the Visitors Center was based in what is now The Meeting Center behind Starbucks. Then there’s the present location in the Arsenal into which the facility moved from its previous location at Bellamy’s Curve. It seems to me there was once a kiosk downtown too.

Each of these locations has been found to be mediocre for one reason or another, most notably for — you guessed it — a lack of parking. That shortcoming certainly afflicts the present Arsenal location, an affliction that will surely only worsen if or when the Reconstruction Park operation across the street actually gets shifted into gear.

Two things happened at once to create it. The Chamber spun off tourism marketing to the now well-heeled Convention and Visitors Bureau. And out on Boundary Street the alignment shift of The Robert Smalls Parkway where it meets Trask Parkway created an undeveloped outparcel of Beaufort Plaza that is on the right (easy off, easy on) side of the intersection of both of the major roads that lead into Beaufort. Moreover, because of the vast concrete field that is the existing Beaufort Plaza parking lot, if there is enough parking anywhere in Beaufort for buses, motorhomes, F-250s pulling big trailers, SUVs in caravan, you name it, it’s there.

This no-brainer opportunity just needs a shrewd dealmaker to put the pieces together. For this I nominate Mayor Billy Keyserling.

It was, after all, Mayor Keyserling who put together in 2009-10 the Bellamy Curve to the Arsenal deal in which the Beaufort Regional Chamber of Commerce was enticed to sell its Bellamy Curve building (1106 Carteret St.), upon which they held a quarter-million dollar mortgage, and move the Visitors Center into the city-owned and historic Arsenal on Craven Street, where they would pay $1 a year in rent, and for all the other Chamber operations to be run out of the city-owned and historic Carnegie Building next door at the corner of Craven and Carteret Streets, where the Chamber would pay a sweetheart $1,000 a month.

Not surprisingly the real estate agent for the sale of the Chamber’s Bellamy Curve building was, according to the Beaufort County Multiple Listing Service, the same Billy Keyserling who as mayor arranged the Chamber’s sweetheart exit deal. His realtor’s commission, the settlement statement reveals, was $21,875. According to the minutes of the City Council meeting where the lease was considered, Keyserling, who speaks so often and glowingly of “transparency,” shrewdly abstained from voting on the otherwise unanimous deal, explaining his abstention was just because he owned an interest in a building across the street.

I’ve got a hunch there’s a similar, mutually beneficial arrangement that can be found to move the Visitors Center to a place where it can be found and accessed — the newly-created Beaufort Plaza outparcel — and it’s my hope that with the money collected and the dust settled on the 2010 deal our uniquely qualified mayor will get on that before the opportunity slips away.

The cash-strapped city would very likely get a better rent for the Arsenal space too.