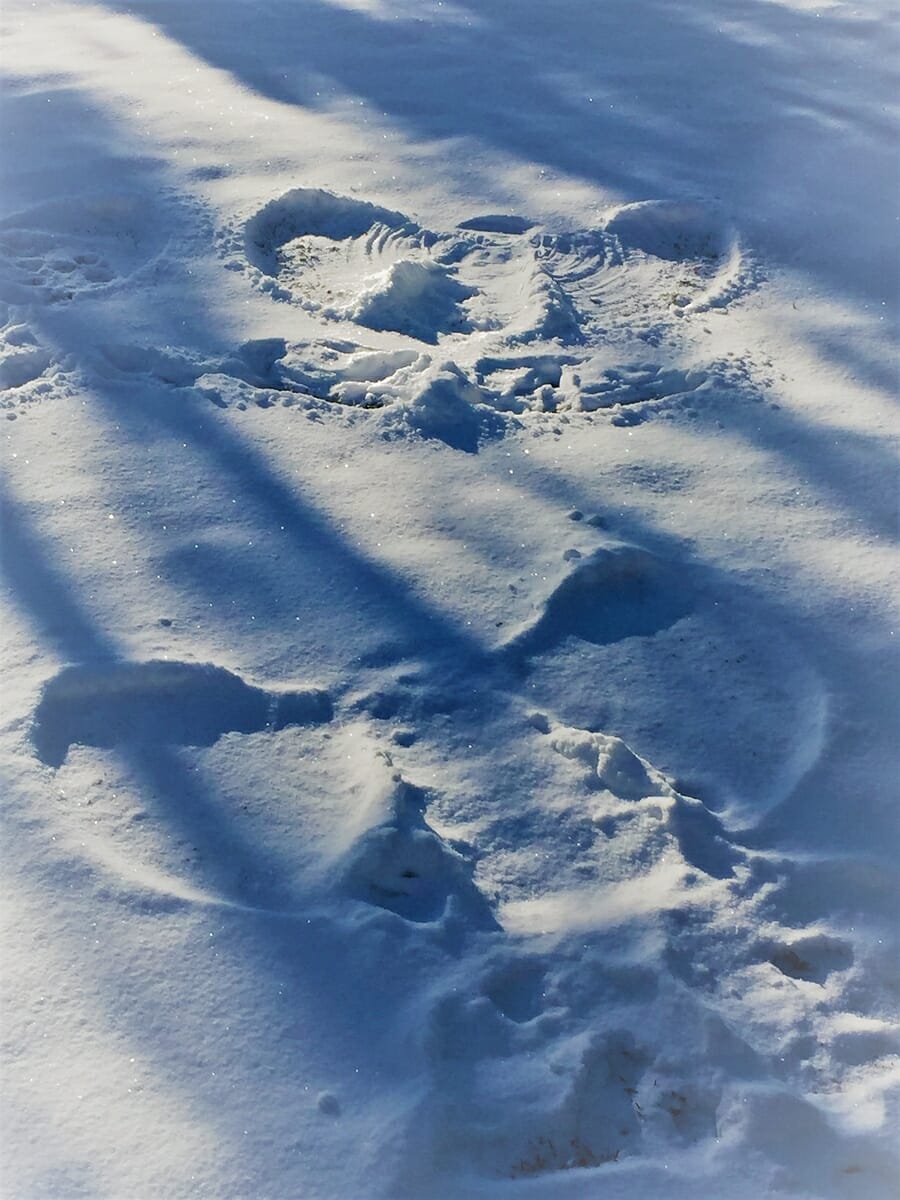 There is nothing in this world that brings the “Kid” out in me like a good snow storm. I love to run out and make Snow Angels in the snow.  But when I moved to Beaufort, I resigned myself to the fact that I would probably not be doing any snow angels; then came Winter Storm Grayson. The weather reports started talking about a cold air mass coming down from the Artic. Then came a report about a low coming up off the coast of Florida.  Well, I spent much of my life in the Northeast and that sure sounded like a Nor’easter to me. But in South Carolina?

Sure, enough the reports were getting more and more ominous. Could it be that I was going to be able to go out and make snow angels in my yard? Maybe not just one either. As the rain started that day I was sure we were only going to get some sleet with our cold weather. And then it started – actual snowflakes.  The reports had been right. We did get snow!  I kept waiting for the optimal moment to go out and decided it would be best in daylight.

I proceeded to get dressed like a three-year-old going out to play. In my closet was an old pair of foul weather coveralls that I used to wear. I pulled them on over a pair of slacks and a wool sweater, put on my designer boots because I don’t own any snow boots, and then put on my heavy down coat. I had to find a functional hat, not a cute one, and a pair of warm gloves, not the leather ones. By the time I got outside the sleeting had begun.

Now when you are a child and you plop down on the snow to make a snow angel, you just fall back. But when you are older, the idea of just flopping back just does not make sense. There could be rocks, or lawn utensils hidden in the snow.   So, I picked my spot carefully, sat down gingerly, and made a beautiful snow angel.  I took some pictures, went into the house where I threw off all my outerwear, and reviewed my pictures. They were terrible. My poor snow angel looked like Mickey Mouse.  I thought about going out and taking more pictures, but seeing the wet pile of clothes on the floor changed my mind.  Instead I sat in front of the fireplace and waited for the electricity to come back on.  (which it did) Fortunately, the next morning I was able to make more snow angels and those pictures came out very majestic.