BMH golf challenge open to players of all abilities 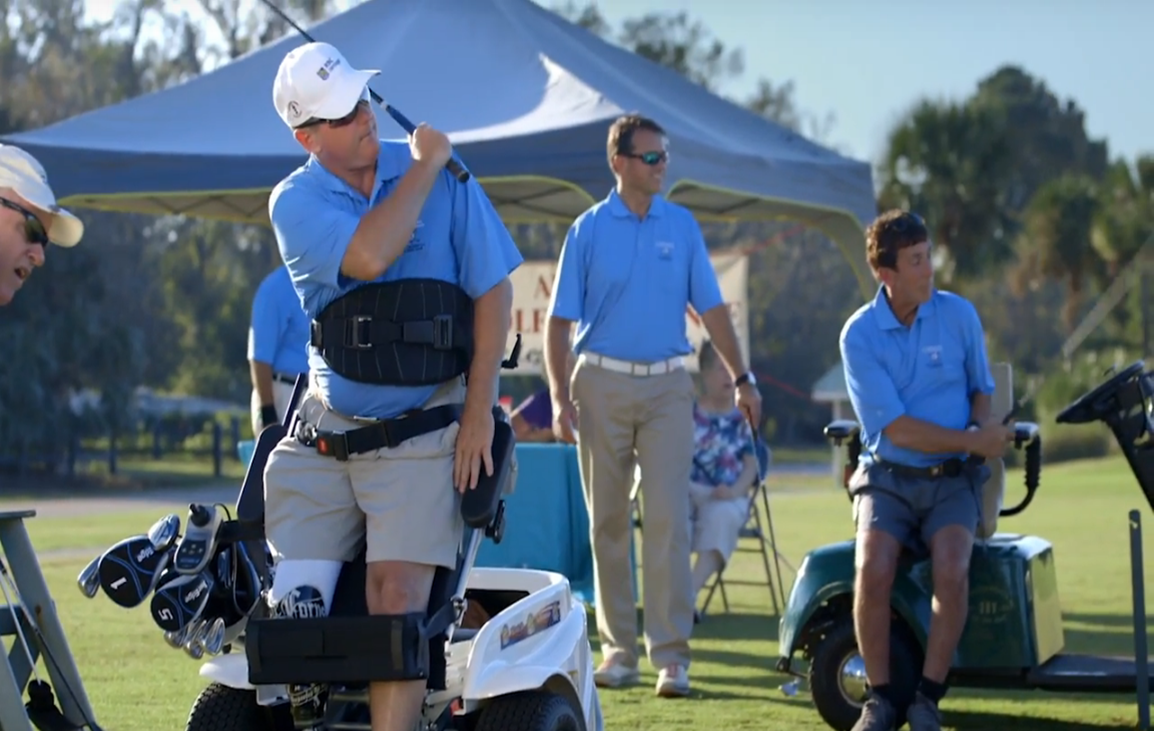 For the first time since its inception three years ago, the Beaufort Memorial Hospital Adaptive Golf Challenge will be open to both adaptive and able body players.

This year’s event, which takes place Saturday, Oct. 21, at The Legends of Parris Island Golf Course, also will include a nine-hole scramble.

“We wanted to create more inclusivity by having everyone play together,” said tournament organizer Steve Giammona, PT. “Able body golfers will have the opportunity to see how adaptive golfers are able to play the game.”

In the scramble, teams of four will be divided into flights based on their scoring level. They will compete as a team in their particular flight for first, second and third place.

“We’re going to have lots of prizes, from golf equipment to gift certificates to local restaurants,” said Giammona, a physical therapist at Beaufort Memorial. “Everyone will have the chance to win, no matter what their level of performance.”

Golfers also can compete as individuals in the skills challenge, featuring putting, chipping and straight drive contests. Adaptive carts and equipment will be available for adaptive players.

Registration begins at 11 a.m., followed by lunch at noon and a shotgun start at 1 p.m. The $50 entry fee includes admission to all the challenges, goody bags and lunch.

Proceeds from the event support the Adaptive Golf program, designed to help players who have suffered disabilities due to stroke, spinal cord injuries, TBI, neurological conditions or amputation return to an active lifestyle.

The Beaufort County Sheriff’s Office is holding its Fall Golf Tournament on Friday, Oct. 27, at The Old South Golf Links to raise money for its Annual Appreciation Event. This event is held each year to thank its deputies, administrative staff and volunteers for their service throughout the year.

The Beaufort Sportfishing and Diving Club’s October meeting will be held on Thursday, Oct. 12, at the Beaufort Yacht and Sailing Club on Lady’s Island off of Meridian Road.

John Satterfield, of the Beaufort Sail & Power Squadron, will speak on medical emergencies during boating activities that may save a life. Following, Drs. Jane Kokinakis and Rebecca Epstein from the Beaufort Eye Center will present ideas on how to protect your face and eyes while fishing. Graphic pictures will be viewed regarding hooks lodged in the eye and procedures to decrease further injuries.

With the win, unbeaten Beaufort moved to 6-0.

The Eagles were able to excel offensively throughout the gridiron matchup. Defensively, Beaufort made a big stop on more than one occasion to help secure the win.

Kyleik Middleton led Beaufort to the win, rushing for three touchdowns. Middleton, a longtime leading rusher for the Eagles, broke free to score a touchdown late in the fourth quarter to allow Beaufort to claim the win and remain undefeated.

The Eagles enjoyed multiple leads before claiming the victory.

Beaufort has regular-season games remaining versus Berkeley and Cane Bay. The Eagles are slated to host Berkeley on Friday, Oct. 13.

With the win, Whale Branch improved to 2-4.

The Warriors remained in the win column one week after upending Woodland 20-14 on the road in Dorchester.

Irvin Mulligan led homestanding Whale Branch on the ground, rushing for one touchdown.

Beaufort Academy slipped back into the loss column as Andrew Jackson Academy pulled away to win 36-16 in a mid-season high school football game on Oct. 6.

Determined Andrew Jackson Academy posted the convincing victory after clinging to a 14-6 lead in the third quarter.

Beaufort Academy wasn’t without its share of offensive highlights during the gridiron matchup as several players contributed.

Jaxon Spratling added 67 rushing yards and two touchdowns on the offensive side for the Eagles.

Beaufort Academy dropped to 3-4 with the loss.

Swim team evaluations will be held on an individual basis and the Y also offers swim pups for those youth whose skill level is in between swim lessons and Tiger Sharks competitive swim team.

Interested swimmers should contact the YMCA of Beaufort County located at 1801 Richmond Ave. in Port Royal or call Lou Bergen, aquatics director, at 843-522-9622. Scholarship assistance is available for qualified applicants.

With the win, Beaufort Academy improved to 13-2. Thomas Heyward dropped to 5-1 with the loss.

The Eagles excelled throughout the match, limiting familiar foe Thomas Heyward in each set.

More than one player contributed for the Eagles in the victory.

Both Beaufort Academy and Thomas Heyward are nearing the end of regular-season competition.

Beaufort couldn’t get past longtime rival Hilton Head in a high school volleyball match. Instead, Hilton Head managed to outlast Beaufort 3-1 on Oct. 5.

Several players contributed for Beaufort in the loss.

Beaufort swept a pair of girls’ tennis matches from Colleton County on Oct. 5.

Hilton Head Prep claimed its lone win in the match in singles competition.

Pringle memorial walk to be held on Oct. 14

The bike ride will begin at 8 a.m. and the walk will begin at 9 a.m. A health fair will be held at the completion of the walk/ride.