The Beaufort Eagles’ 2016-17 season ended on the road in the first round of the Class 4A State Playoffs on Feb. 15. Crestwood pulled away to defeat the visiting Eagles 68-43 in an opening round game.

With the loss, Beaufort High ended its season 11-11.

Crestwood improved to 17-7 and advanced in the postseason with the win.

The victory allowed the Knights to move on to meet A.C. Flora in the second round of the Class 4A State Playoffs on Feb. 18.

Dakota Jennings registered a double-double of his own to help lead Crestwood to the win. Jennings scored 18 points and pulled down 14 rebounds for Crestwood in the victory.

Accompanying Morant and Jennings in double figures in scoring for the Knights, Trevion Webber added 11 points.

Beaufort High was forced to play from behind early. Crestwood moved ahead in the game’s opening quarter. The Knights led 19-15 at the conclusion of the first period.

Struggling to keep up with Crestwood, Beaufort High faced a double-digit deficit throughout the game’s last three quarters.

The Eagles suffered their third straight loss after opening the month with a 68-55 win over Berkeley on Feb. 3.

Williams named Player of the Year

Beaufort Academy senior Kevin Williams has been named the Region Player of Year.

Beaufort Academy’s Luke Harper was selected to the All-Region Second Team. Harper averaged 15.5 points per game (2.8 3-pointers per game) during the regular-season. 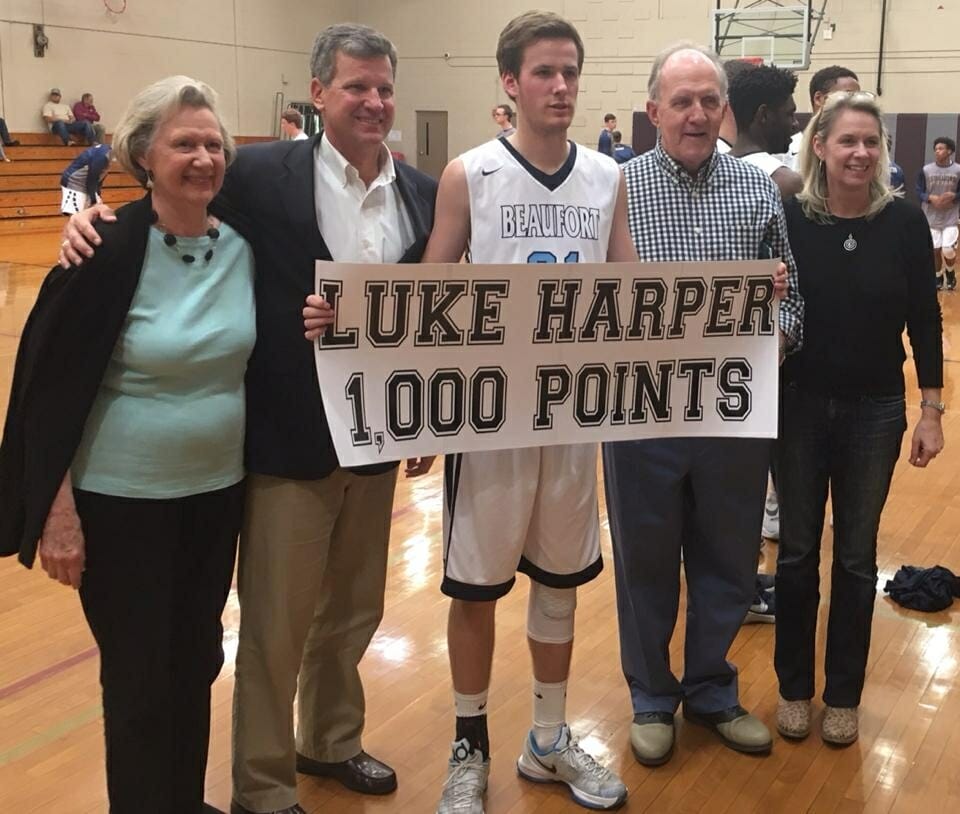 With the win, Beaufort Academy improved to 16-7.

Beaufort Academy freshman Dawson Coleman led all scorers with a game-high 25 points. Coleman was 7-for-7 from the free throw line in the Eagles’ victory.

Flirting with double figures for the Eagles, Kevin Williams finished with nine points. Williams has been named the Region Player of the Year.

Following the victory, Beaufort Academy was set to travel to Sumter on Tuesday to face top-seeded Covenant Christian in the quarterfinals of the SCISA playoffs. Continued coverage of the Beaufort Academy Eagles in the postseason will appear in next week’s edition.