Photo above: A soldier with S.C. State Guard carries a wreath to be placed a fallen comrade’s grave during Wreathes Across America at the Beaufort National Cemetery. Photos by Bob Sofaly.

Hundreds of people gathered on Dec. 16 at Beaufort National Cemetery for the 26th annual Wreathes Across America. Wreathes were laid at the headstones of thousands of U.S. servicemen and women at 1,300 locations across the country.

In Beaufort, about 1,200 wreathes were laid by veterans and civic groups, survivors and people who just wanted to be part of something special. Janet Mulcahy of Beaufort put wreathes on the graves of her parents, both U.S. Marine Corps veterans, who died a month apart this fall. Mulcahy said they were both 94. 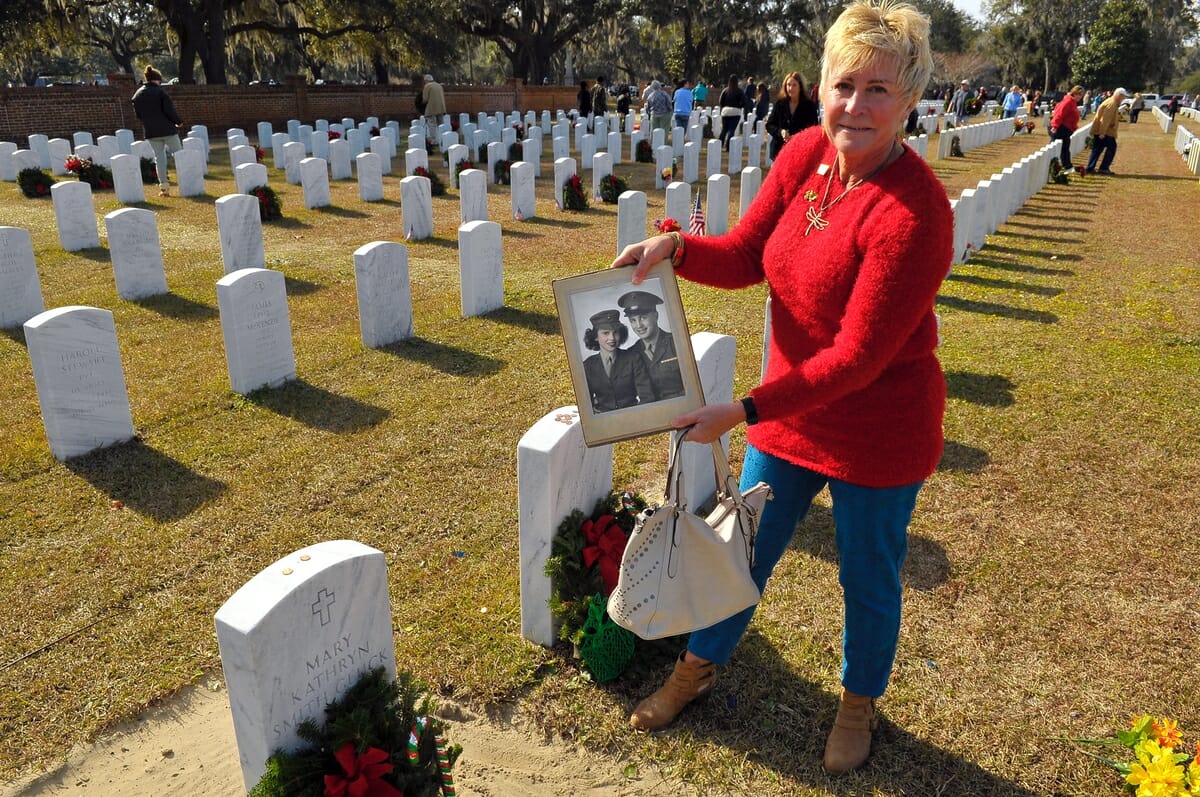