According to a release, Beaufort County Sheriff’s Office deputies responded to a report of a gunshot victim on Deacon Heyward Road.

When they arrived, deputies located the gunshot victim, as well as the person of interest in the shooting. Both are adult males.

Deputies secured the scene and summoned Emergency Medical Services (EMS) to respond and treat the victim, who sustained a wound to his upper body.

EMS personnel transported him to the Beaufort Memorial Hospital for additional treatment.

His condition was not available.

The case is under investigation.

Anyone with information is encouraged to contact the Beaufort County Sheriff’s Office Emergency Dispatch at 911 or CrimeStoppers at 1-888-CrimeSC to remain anonymous and for a possible reward. 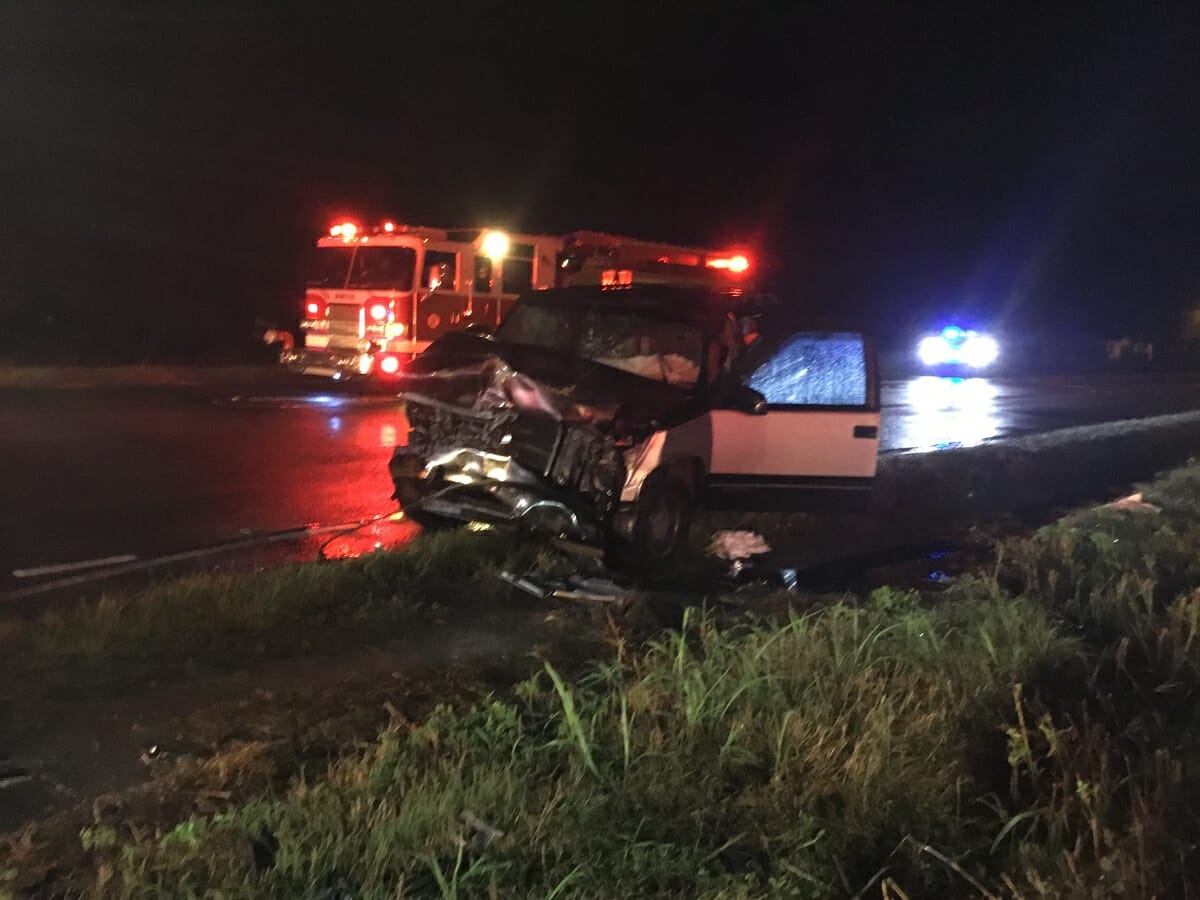 Burton firefighters responded to a motor vehicle accident on Oct. 7 at the intersection of Laurel Bay Road and Stanley Farm Road that resulted in serious injuries to an adult and two children, and the death of a 19-year-old male.

The intersection at Robert Smalls Parkway and Savannah Highway is in the town of Port Royal but protected by the Burton Fire District through an emergency services contract.

Further details were not available.

The Burton Fire District has responded to over 250 motor vehicle accidents so far this year, with 57 of those accidents occurring on Robert Smalls Parkway.

The Hardeeville Police Department is investigating an armed robbery that took place on Oct. 1 at the Burger King on Whyte Hardee Boulevard.

Reports say employees were walking to their vehicles at about 11:41 p.m. when an armed man approached.

The suspect is described as a black male who was wearing dark pants and a gray hoodie sweatshirt. The hood was covering most of his face.

The suspect had a gun and demanded the deposit bag. He was able to escape with an undisclosed amount of money.

The Bluffton Police Department assisted the Hardeeville police with the initial investigation.

Anyone with any knowledge of this incident is encouraged to contact the Hardeeville Police Department at 843-784-2233.

A motor vehicle accident on Oct. 8 resulted in injuries and traffic delays.

Just past 8 a.m. on Oct. 8, the Burton Fire District responded to a motor vehicle accident at the intersection of Robert Smalls Parkway and Savannah Highway in Port Royal.

Burton fire crews arrived on scene to a three-vehicle accident involving two sedans and a pickup truck, with the sedans heavily damaged.

Two occupants were transported with what appeared to be non-life threatening injuries. Traffic at the intersection was delayed for approximately 45 minutes while emergency crews assisted the occupants and removed roadway hazards.

One wounded in Burton shooting

Beaufort County Sheriff’s Office deputies responded to a report of a man who was shot at 7:25 p.m. on Oct. 2 in Burton by an unknown man.

After the shooting, the victim was driven by an acquaintance from the incident location to the intersection of Colonial Avenue and Broad River Boulevard, where that same acquaintance stopped and called 911. The gunshot victim was transported to Beaufort Memorial Hospital by Emergency Medical Services for treatment.

The location and circumstances of the shooting are still under investigation. Anyone with information is urged to contact Sgt. Andrew Rice at 843-255-3429 or CrimeStoppers 1-888-CrimeSC to remain anonymous and for a possible reward.

Marquise Tyquan Singleton was located on Sam Doyle Drive in his vehicle suffering from multiple gunshot wounds at about 10:29 p.m. July 31, 2016.

Singleton later died from his injuries at Beaufort Memorial Hospital. No witnesses to the incident have been identified nor have any suspects been developed through the investigation.

A motive for Singleton’s murder remains unclear as he had few known enemies.

To remain anonymous and collect a possible reward, call CrimeStoppers at 888-CRIME-SC (274-6372).

A program for young people between the ages of 14 and 21 who are interested in law enforcement is being offered by the Beaufort County Sheriff’s Office.

Law Enforcement Exploring is a program developed by Learning for Life, in conjunction with local police agencies for youths to further explore the field of law enforcement.

It is the goal at the Beaufort County Sheriff’s Office to recruit young men and women who would like to learn about the different types of law enforcement jobs and their duties.

Through this education and various situational experiences, these young men and women will learn to make better life decisions and potentially decide to pursue a career in law enforcement.

BCSO Explorers from Post 278 meet every two weeks from 7-9 p.m. on Tuesdays and alternate between the Hilton Head office and the Beaufort office.

Explorers will get a uniform and during meetings they will learn and develop law enforcement skills.

Explorers could also be involved in the following types of community activities:

• Have no criminal record

• Motivated to learn about law enforcement

Participants will also have an opportunity to take part in a Ride-Along Program.

During ride-alongs, Explorers are allowed to assist with writing reports and with speaking over the radio in 10-Code (used when communicating activity to dispatch.)

Explorers are not allowed to carry a weapon of any type, nor are they allowed to make arrests, write tickets or accompany a deputy sheriff while transporting prisoners.