Men sentenced to 50 years for murder

Two Hampton County men have been convicted of forcing their way into the home of a 32-year-old Ridgeland man and shooting him to death while four juveniles were in the house.

Casey Kason Jones Jr., 31, and Jarod Bostick, 28, were found guilty recently of the 2015 murder of Jeremiah Wilson, 32. They also were convicted of first-degree burglary and possession of a weapon during the commission of a violent crime after a three-day trial in Jasper County General Sessions Court.

Both defendants received 50-year sentences – 30 years for murder, 15 for burglary and five for the weapon charge, to be served consecutively.

“Not only did they kill a man in his home, (Wilson’s) 11-year-old son was standing there when he answered the door, so these defendants laid eyes on him and knew he was there before they killed his father,” Assistant Solicitor Mary Concannon Jones of the 14th Circuit Solicitor’s Office said. “They knew what they were doing and had zero regard for the children who were there.

“These kids have been forever changed.”

Mary Jones, who tried the case, is a member of the Solicitor’s Office Career Criminal Unit. That team prosecutes the circuit’s most serious and habitual offenders. It has earned convictions against 39 of 42 defendants in 2017.

Casey Jones’ previous convictions include second-degree burglary and strong-armed robbery from 2009, which resulted in a 10-year sentence that was suspended to six years imprisonment and five years of probation. Bostick has previous convictions for shoplifting (2012) and forgery (2013).

Jasper County Sheriff’s Office deputies were sent to a home on Clover Circle in Ridgeland on June 3, 2015, after receiving a report of a gunshot victim there. They arrived to find Wilson lying dead just inside his open front door.

Deputies also found video surveillance cameras throughout the home and a television in the living room displaying feeds from the cameras. Recordings showed two men greeted by Wilson on the porch of his home. A few moments later, they forced their way inside at gunpoint, followed by a third man, who ran from the car into the house. Cameras also captured the three men exiting the home quickly several minutes later and driving away. All three suspects appeared to possess handguns. The video did not show the shooting.

Four juveniles were present when Wilson was shot. Two hid in a closet, and the other two were ordered to the ground by the assailants. Each reported hearing about four gunshots, then seeing the victim lying on the floor.

Wilson suffered six gunshot wounds – one each on his head and hand, and four in his torso.

A third defendant — Casey Jones’ father, Casey Kason Jones Sr. — was tried on the same three charges but found not guilty of each. 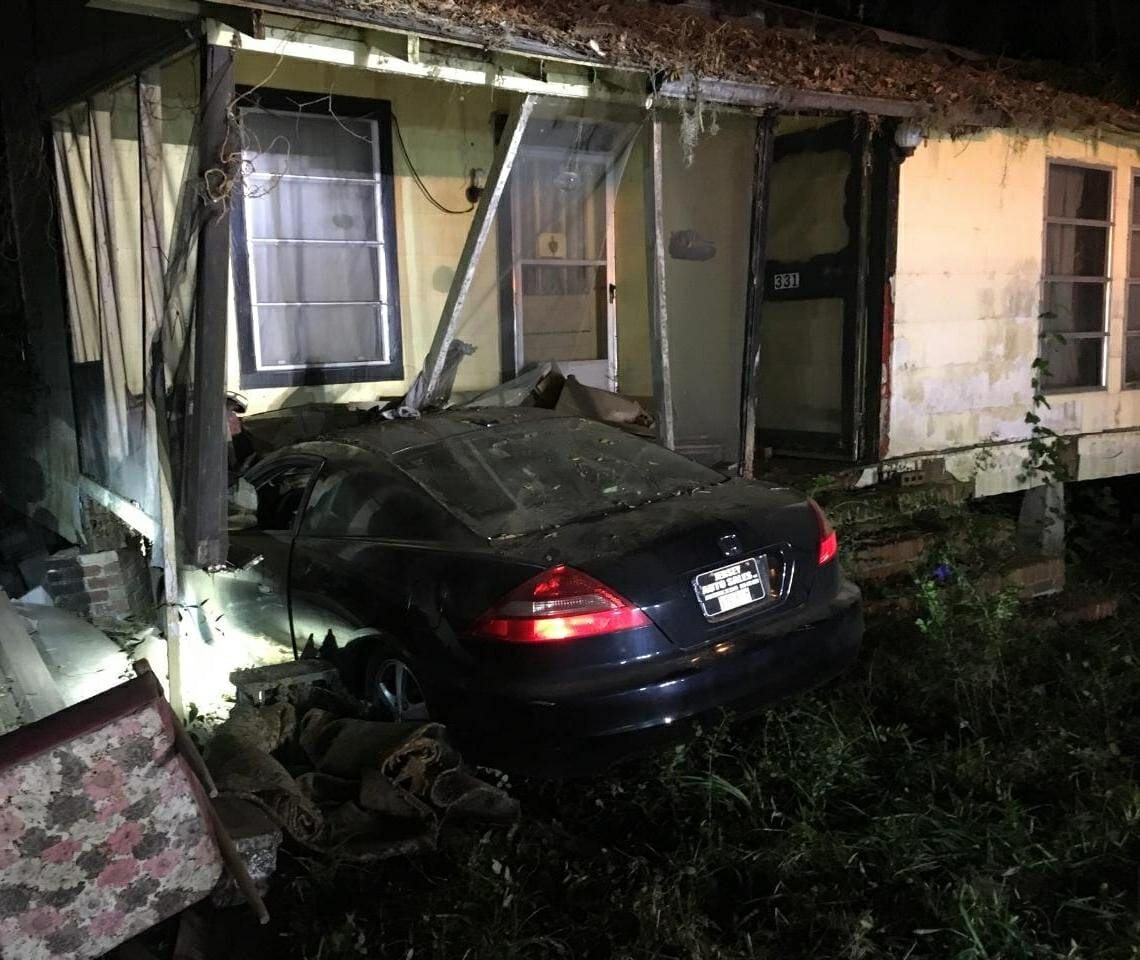 The Burton Fire District responded to a motor vehicle accident on Oct. 29 involving a vehicle striking a home and injuring the driver.

Just past 5 a.m., the Burton Fire District was dispatched to a reported motor vehicle accident at the intersection of Broad River Boulevard and Jennings Road.

Burton firefighters arrived to find a vehicle partially embedded inside a home.

The female driver of the vehicle was able to get herself out and was outside the vehicle when firefighters arrived. She was treated for what appeared to be non-life threatening injuries and transported to the hospital. The home appeared to be unoccupied at the time.

Burton fire crews remained on scene for over two hours maintaining scene safety until the vehicle was removed. The damage to the home appeared to be superficial and no structural elements appeared to be damaged.

The Burton Fire District has responded to over 270 motor vehicle accidents in 2017. 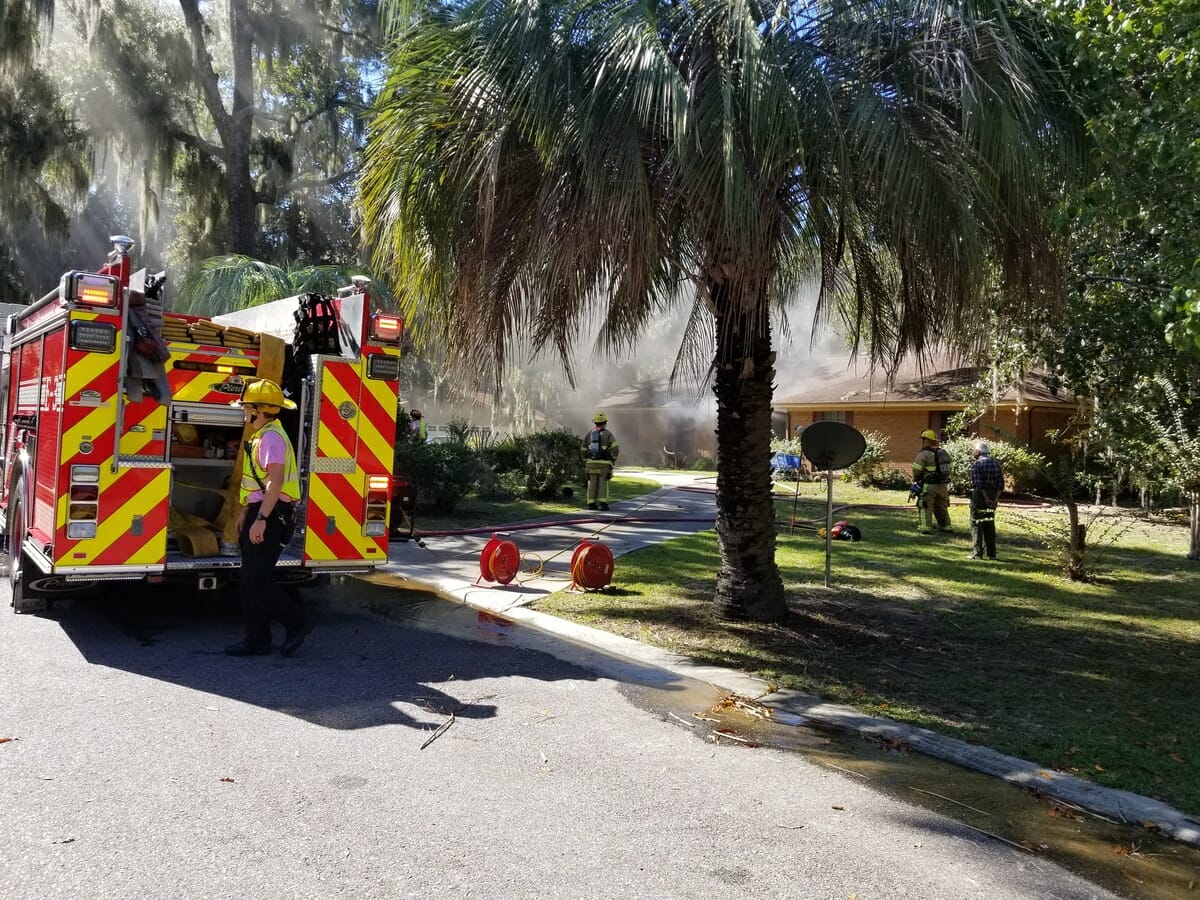 Arriving fire crews found a fire in the front living room of the single-story home. The fire had breached the front windows and smoke and flames could be seen from the street.

“Luckily, the lone occupant of the home was safe with neighbors when I got here” said Guldner. “The neighbor did an excellent job reporting to me that everyone was safely outside the home, allowing me to focus on extinguishment efforts.”

“The first information crews receive upon arrival is critical” said Chief Bertholf, “Life safety is our first order of business and when we can couple that with property conservation due to accurate information, we can adjust our risk matrix for the firefighters. In this case it allowed us to extinguish the bulk of the fire prior to entering the house and create a safer environment for the firefighters to search the home for any unknown occupants.”

Fire damage to the home was confined to the front living room.  However, the home was inundated with smoke and had smoke damage throughout.

Within minutes of arrival of the first fire engine the bulk of the fire was knocked down and was completely extinguished within 10 minutes.

“The first crews on scene from Engine Company 3 did an excellent job limiting fire spread and extinguishing the fire” said Guldner. “This could have gone much worse, but as it is, it appears that the home is salvageable.”

The cause of the fire is under investigation and there were no injuries.

The Beaufort County Sheriff’s Office is reminding residents and guests of simple strategies to help reduce their risks of becoming victims of opportunistic crime.

In recent weeks there have been numerous reports of vehicle break-ins throughout Northern and Southern Beaufort County. Although referred to as “break-ins,” the vast majority involved unlocked vehicles that were not forcibly entered.

Perpetrators generally travel by bicycle or on foot through parking lots or driveways and pull on door handles in search of unlocked vehicles. When one is found, they rummage through it in hopes of stealing items that are easily concealable: handguns, electronic devices, cash, coins and other valuables.

These simple precautions can reduce the risk of becoming a victim of this type of opportunistic crime:

• Remove your keys, lock your vehicle and set your alarm. Opportunistic thieves will often forgo the challenge of a locked vehicle in favor of one that is not.

• Under no circumstance should you leave a firearm in your vehicle. Invariably, stolen firearms are used in violent and potentially deadly crimes. 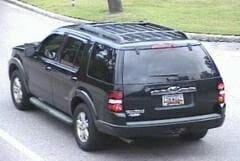 The Beaufort County Sheriff’s Office is seeking assistance in locating a 2009 black Ford Explorer with the license plate number LRM862.

The vehicle was stolen on Oct. 20 from Whites Lane in Beaufort.