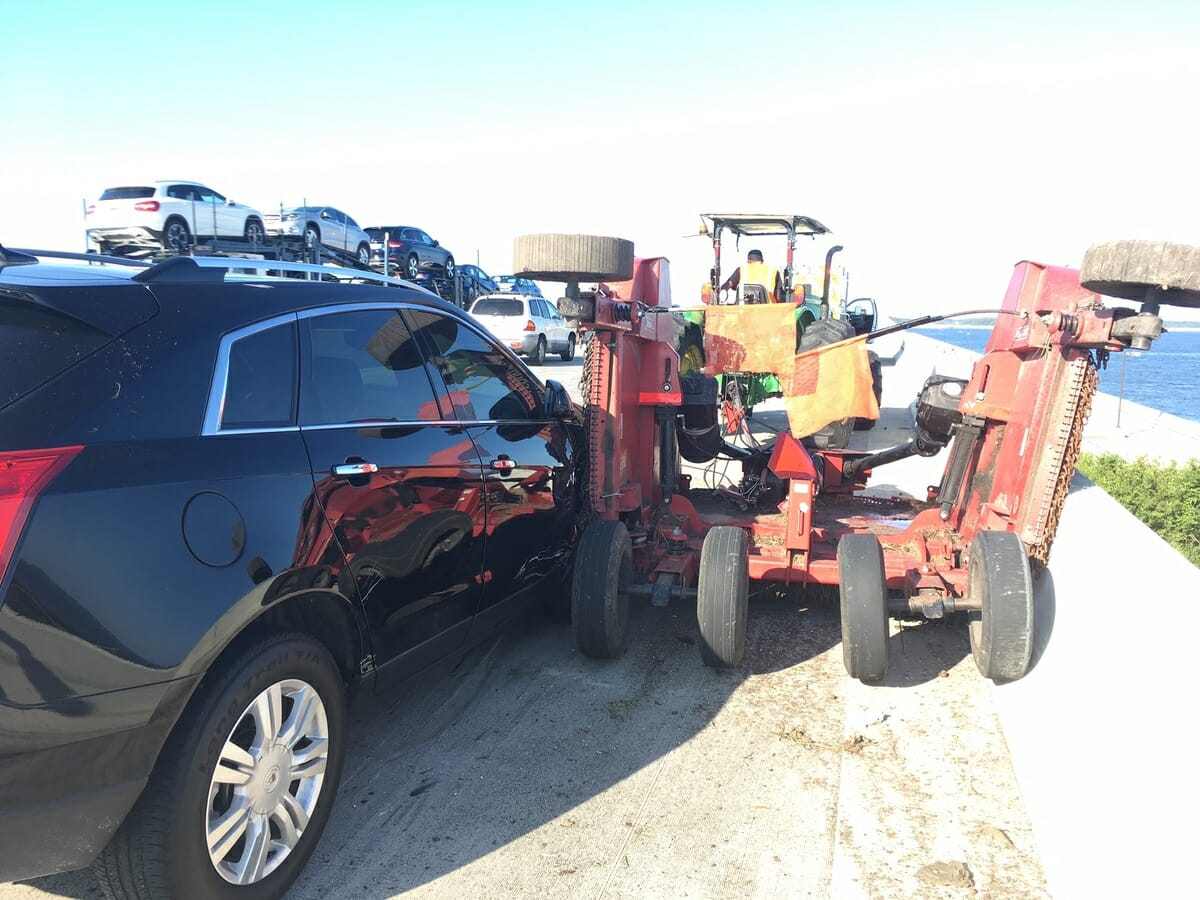 A morning wreck on June 15 on the Broad River Bridge injured one person and caused traffic delays.

Burton fire crews arrived at the scene to find a passenger vehicle that had collided with a tractor towing a commercial mower.

The female driver was treated by Burton firefighters and transported to Beaufort Memorial Hospital with unknown injuries. Traffic on the Broad River Bridge was delayed for approximately one hour while emergency crews assisted the injured driver and helped control a hydraulic leak resulting from the wreck.

The Burton Fire District then responded to a second motor vehicle accident on June 15 in less than two hours.

The Burton Fire District responded to a motor vehicle accident on Trask Parkway at the intersection of Poppy Hill Road just after 10 a.m.

Firefighters arrived to a two-vehicle accident between a passenger vehicle and a pickup truck with the pickup truck coming to rest on the side of the roadway.

Firefighters assisted two occupants who suffered what appeared to be non-life threatening injuries. Both were transported to Beaufort Memorial Hospital. Traffic on Trask Parkway was delayed for over an hour while emergency crews assisted the injured and removed roadway hazards.

Consumers should beware of tobacco settlement

Attorney General Alan Wilson alerted the public to an online promotion that misleads consumers to believe they can receive tobacco settlement money.

The online promotion claims individuals can sign up to claim thousands of dollars per month from the tobacco Master Settlement Agreement.

The advertisement promises that individuals may receive a tax-free portion of the tobacco Master Settlement Agreement and that this money is guaranteed by the government.

In reality, this advertisement entices citizens to enter a credit card number for a monthly subscription in order to learn about purchasing tobacco revenue bonds.

Questions concerning the tobacco Master Settlement Agreement may be directed to the Attorney General’s Office at 803-734-3970 or by email to sctobacco@scag.gov. 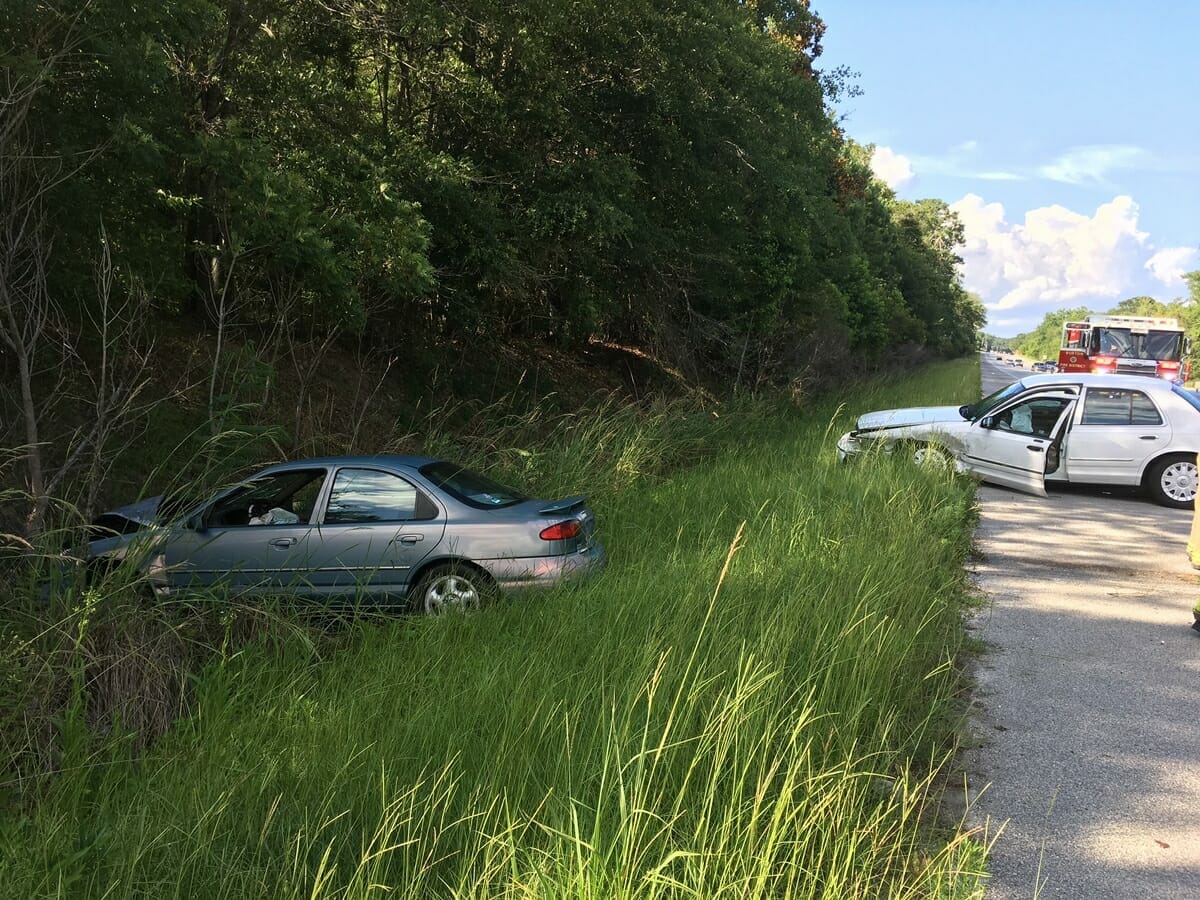 A two-vehicle accident in Port Royal late in the afternoon of June 14 resulted in injuries to one occupant and traffic delays.

The Burton Fire District responded to a report of a motor vehicle accident on Robert Smalls Parkway just past 5 p.m. by the Furniture Warehouse Design Gallery in Port Royal. Firefighters arrived to find two passenger vehicles with moderate damage and one vehicle off the road in the ditch.

One occupant was treated for minor injuries and transported to Beaufort Memorial Hospital.

A 16-year-old boy from Ohio drowned in the waters off of Fripp Island on June 11, according to the Beaufort County Sheriff’s Office.

Franklin “Eric” Clark’s body was found June 12. Clark was apparently caught in an undertow, according to witnesses.

A forensic autopsy was conducted at the Medical University of South Carolina to confirm the cause of Clark’s death, which based on witness accounts appears to have been an accidental drowning.

At about 8 p.m. on June 11, firefighters from the City of Beaufort/Town of Port Royal Fire Department responded to a structure fire at 1007 McTeer Circle.

Upon arrival firefighters found a fire burning in the living room of the home. The home was occupied at the time of the fire and residents were alerted to the fire by working smoke alarms.

The elderly residents who lived at the house were evacuated by a caregiver.

One of the residents was disoriented and re-entered the home, but was rescued by Lt. Vezin.

The resident who had gone back into the home was treated on scene by Beaufort County EMS for smoke inhalation and transported to Beaufort Memorial Hospital as a precaution for evaluation.

The other resident and caregiver escaped the incident without injury.

The home suffered smoke damage throughout but damage due to the fire was confined to a small area in the living room.

Recently, there have been numerous reports of vehicle break-ins throughout Northern and Southern Beaufort County, according to the Beaufort County Sheriff’s Office.

Although these incidents are referred to as “break-ins,’ the vast majority continue to involve unlocked vehicles that are not forcibly entered.

Perpetrators of this crime generally travel by bicycle or on foot. They wander through parking lots and pull on door handles in search of unlocked vehicles.

When one is found, they rummage through it in hopes of stealing items that are easily concealable: handguns, electronic devices, cash, coins and other valuables.

These simple precautions can reduce your risk of becoming a victim of this crime of opportunity:

• Remove your keys, lock your vehicle and set your alarm.

• “If You See Something, Say Something” Call 9-1-1 and report suspicious persons/activities to law enforcement.