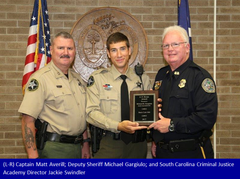 The J.P. Strom Award, the highest and most prestigious award given by the South Carolina Criminal Justice Academy, is presented to one graduating student from each class who achieved the highest academic average during training in the Basic Law Enforcement Certification Program.

The award was named for J.P. Strom, who served as chief of the South Carolina Law Enforcement Division (SLED) from 1956 until his death in 1987. Strom is widely recognized for having been a major driving force behind professionalizing law enforcement in South Carolina.

Kevin Maurice Johnson is wanted by the Beaufort County Sheriff’s Office for assault and battery of a high and aggravated nature.

His last known address was in Sheldon, but frequents the Hilton Head area.

One seriously injured in motorcycle wreck 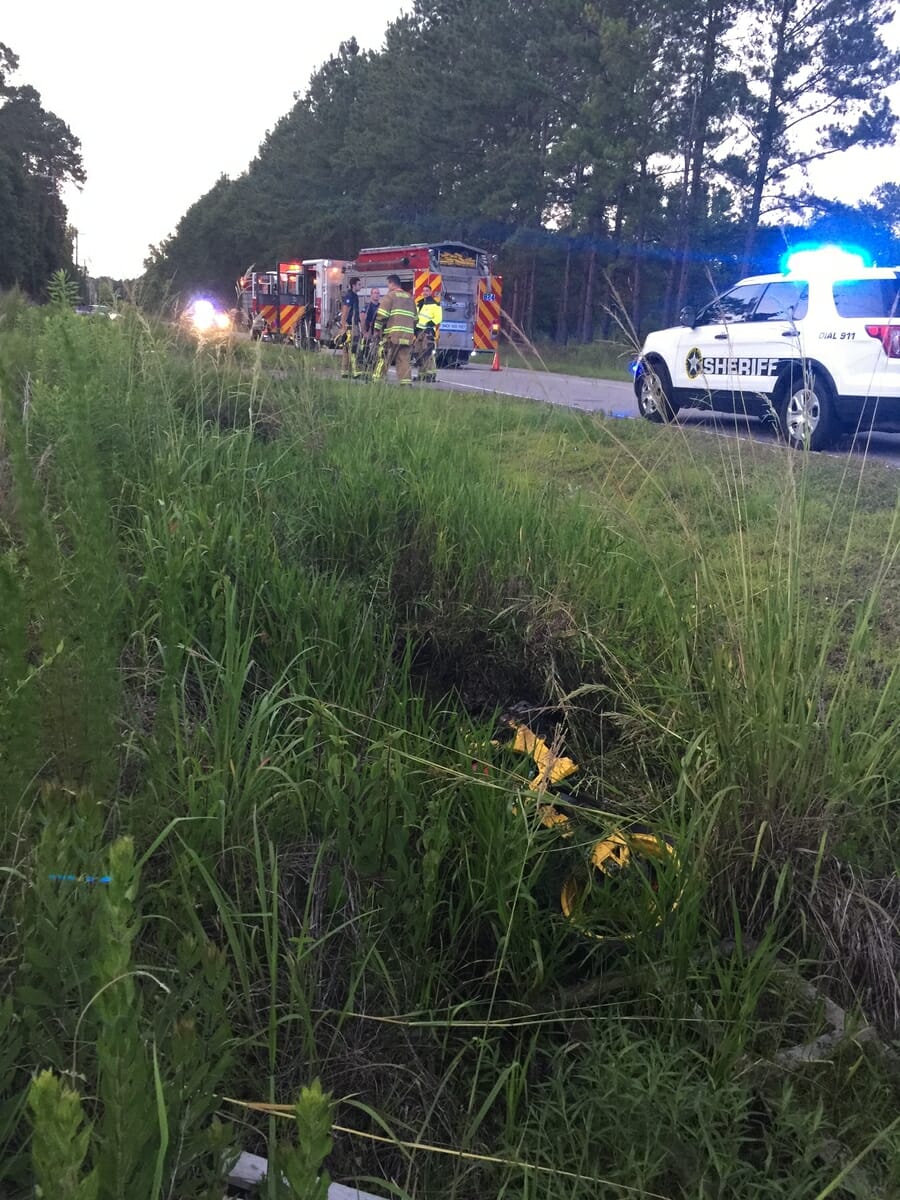 The Burton Fire District responded to a reported motorcycle accident just after 8 p.m. on Parker Drive by Parker-Hannifin Racor Division.

Firefighters arrived on the scene to a single-vehicle motorcycle accident with the cyclist on the ground.

One lane of Parker Drive was shut down for approximately 30 minutes while emergency crews assisted the injured driver and removed roadway hazards.

Burton fire officials said the cyclist was wearing a helmet, and while he suffered potentially life threatening injuries, had he not been wearing a helmet his injuries very likely could have been fatal.

Police search for man in connection with larceny

A man entered the Family Dollar Store at 1 Dairy Farm Road in Lobeco on June 7 where he was seen going behind the unattended registers twice and taking a maroon BB&T money bag from the unsecured safe.

He had a small child, about 2 years old, with him at the time of the incident.

Beaufort County Sheriff’s Office deputies recently responded to the Walmart parking lot on Hilton Head Island to a report of an unresponsive adult male inside of a vehicle.

Hilton Head Island Fire Rescue personnel were on the scene treating the subject when deputies arrived.

Fire personnel told deputies that a small amount of white powder fell from the subject’s shirt when they moved him from the vehicle to the ground. They also said they saw a rifle inside of the vehicle and found a bottle of gun oil in the front pocket of the subject’s pants.

While the subject, identified as 18-year-old Jose Osorio Jr., of Hardeeville, was being transported to the Hilton Head Island Regional Medical Center for further treatment, deputies searched the vehicle.

According to a sheriff’s office report, deputies found a Norinco MAK-90 (similar to an AK-47 assault rifle) with a fully loaded magazine. Also inside the vehicle, deputies found a .45 caliber semi-automatic pistol, a ski mask and a Crown Royal bag, which contained narcotics paraphernalia and three plastic bags.

One of the plastic bags allegedly contained crack cocaine, the other contained powder cocaine and the third contained a number of unidentified pills, the report states.

A check through the National Crime Information Center (NCIC) revealed the .45 caliber pistol had been reported stolen in the city of Beaufort. A short time later, Osorio Jr. recovered and was arrested by deputies upon being discharged from the hospital.

Osorio is being held at the Beaufort County Detention Center.

His bond was set at $25,000 for each of the four charges and he was served with an outstanding magistrate bench warrant.

He may face additional charges pending analysis and identification of the pills at the Sheriff’s Office Forensic Services Laboratory.

The Burton Fire District responded to a single-vehicle accident in Seabrook on June 6 that resulted in a fatality.

Just before 11 p.m. the Burton Fire District responded to a vehicle accident on Stuart Point Road, where they found a heavily damaged passenger vehicle that had rolled over.

Fire crews assisted the male driver ,who was not wearing a seatbelt; however, the driver did not survive.

An Allendale County teenager convicted last summer of beating and suffocating an elderly man in 2014 has been sentenced to 55 years in prison.

Robert Lee Miller III, 18, was convicted of murdering 86-year-old Willie Johnson after a four-day trial. The killing took place June 19, 2014, at Johnson’s Pickrum Street home. Miller was 15 at the time of the murder but was tried as an adult.

Miller is not eligible for parole and must serve the entire sentence.

“The very brutal nature of the crime deserved a severe penalty,” Hollen said.

Johnson’s friends and relatives were unable to reach him by telephone for several days, and law enforcement officers went to his home to conduct a welfare check.

They found Johnson dead inside his residence, his hands tied behind his back and a black trash bag cinched over his head. The victim’s teeth and dentures were scattered in pieces around his body, and the home had been ransacked. Several hundred dollars and an air rifle were stolen during the murder.

Johnson was a lifelong resident of Allendale, an elder in his church and a retired merchant marine.

Two other Allendale residents have been charged in connection with the incident. Gabriel Joyner, 19, was convicted of first-degree burglary in January and awaits sentencing. The third defendant, 19-year-old

Kashawn Bynum, is scheduled to stand trial in July.