A 4-year-old boy was hospitalized after accidentally being shot.

The Beaufort County Sheriff’s Office is investigating the shooting incident that occurred on June 29 at a residence on Noye Wiggins Drive in Burton.

The child was transported by family members to Beaufort Memorial Hospital for treatment. The child has since been flown to the Medical University of South Carolina in Charleston for further treatment.

Sheriff’s office investigators worked into the night documenting the scene and collecting evidence, including the handgun involved, for forensic examination.

Though the circumstances surrounding the incident remain under investigation, there is no indication that foul play was involved and no one has been charged.

Further information was not available as of press time.

The Beaufort County Sheriff’s Office is seeking the public’s help with a cold case from 1987.

On June 17 of that year, Paul Baker, 3, was reported missing from his Shell Point home by his stepmother, Susan Baker. She told police that the toddler must have walked out when she was taking a nap.

According to a Beaufort County Sheriff’s Office report, she allegedly was under the influence of alcohol and drugs at the time of the boy’s disappearance.

“(Susan) Baker’s story was highly suspicious and through investigation it was learned Paul Baker and his 6-year-old sister were physically abused by her on a regular basis,” according to the report.

Susan Baker was charged with assault on Paul Baker’s 6-year-old sister and convicted.

There have been reports on the whereabouts of Paul Baker over the years, but he was never found.

Susan Baker and James Baker, the biological father of Paul Baker, eventually moved to Chipley, Fla. In 2000, a cold case investigation led to charges against both Susan and James Baker in relation to their alleged neglect in the disappearance of Paul Baker. They were extradited to Beaufort County, where the charges were ultimately dismissed. They then went back to Chipley.

In 2009, a 7-month-old infant was abducted and Susan Baker was again named as the suspect. The infant was found alive and well five days later, having been hidden in a box under a bed by Susan Baker. She was charged in connection with the infant’s abduction.

She remains the person of interest in the disappearance of Paul Baker.

His DNA is stored in the National Missing Persons DNA database. 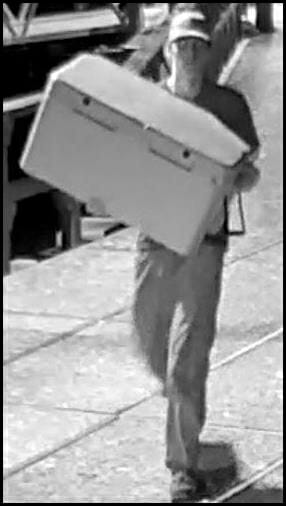 Law enforcement officials are trying to identify the pictured individuals who allegedly took a golf cart from the Disney Resort at 22 Harbourside Lane on Hilton Head.

Three white males were seen on video surveillance on June 27 riding around the marina area at Shelter Cove.

The abandoned cart was recovered and returned to Disney.

One suspect was also seen taking a $450 Yeti cooler off a boat at the marina. They appear to be in their late teens or early 20s and were seen leaving the area in a Chevy HHR with damage to the back left quarter panel.

Beaufort County residents interested in learning more about self-sufficiency during a disaster are invited to participate in the Community Response Team Program.

The CERT program provides training for individuals to increase self-sufficiency in a disaster.

Participants will learn to provide emergency assistance to their families and neighbors.

CERT classes are free of charge.

The next series will start Tuesday, Aug. 1. Classes will be held at the Technical College of the Lowcountry campus in Bluffton at 100 Community College Drive in room 125.

The course is taught in four class sessions from 6-9 p.m. and one Saturday exercise class from 9 a.m. to 5 p.m. The classes include:

Those serving alcohol must carry insurance

A new law went into effect on July 1 requiring alcohol-serving businesses or individuals to have liability insurance that could help assist victims who are wounded, paralyzed or worse due to alcohol-related crimes.

The Dram Shop legislation will be implemented almost three years to the day when city of Dillion police officer Jacob Richardson’s life was forever changed on July 6, 2014.

That night, he responded to a call reporting a disturbance at a local night club. As he approached the bar, Richardson was hit by a drunk driver who had been over-served by the night club, leaving him paralyzed and with permanent brain damage. The night club had no insurance and passed their liability onto the city.

Dillion has since been forced to pay over $1 million for Richardson’s medical care and expenses.

The South Carolina Association for Justice (SCAJ) worked closely with Richardson, his father Eddie, and legislative leaders to help make sure this does not happen again.

“Sadly, this common-sense requirement was not on the books in time to help Jacob and his family,” said SCAJ President Alex Cash. “Their tragic experience clearly shows how this new law will quite literally be a lifesaver for many families. It will also protect business owners who serve alcohol by prohibiting hidden alcohol exclusions of insurance coverage in the fine print of their policies. South Carolina is better today because the legislature recognized that sound public policy is holding folks accountable for their actions.”

Specifically, the bill requires that any business that renews or applies for an on-premise alcohol license from the South Carolina Department of Revenue that sells alcohol after 5 p.m. will be required to carry a minimum $1 million liquor liability policy.

The ‘staycation’ is the best vacation of all