Just after noon on June 12, a man jumped off of the eastbound Hilton Head Island Bridge into the Intracoastal Waterway and swam ashore to C.C. Haigh landing.

The man, identified as Kenneth Nusser, 47, of Ridgeland, was found by deputies walking out of a nearby wooded area.

Nusser was treated by Emergency Medical Services for minor injuries and was released into the custody of deputies.

He was arrested and charged with violating Beaufort County Ordinance “jumping or diving from bridges and piers.”

He was transported to the Beaufort County Detention Center.

At approximately 7:45 a.m. on July 15, the Beaufort County Sheriff’s Office responded to a vehicle in the marsh near Bermuda Bluff in St. Helena.

A search of the vehicle and area was conducted and no one was located.

Efforts to recover the vehicle were being made and the investigation is ongoing.

Anyone with information in reference to this vehicle and the circumstances of this incident is asked to contact Beaufort County Sheriff’s Office Dispatch at 843-524-2777.

The Burton Fire District responded to a report of a mobile home fire early July 13.

Burton firefighters from the Habersham fire station responded to a report of a house fire on Staffwood just after 1 a.m. Initial reports stated that there was a possible explosion at the home and an elderly disabled man was still inside.

They arrived to find a mobile home with fire underneath and spreading. All residents, including young teenagers, were able to get out of the home. A Beaufort County Sheriff’s Office officer had arrived prior to the firefighters and entered the smoky home to confirm there were no occupants still inside.

Firefighters were able to extinguish the fire underneath the home before it spread inside. After using thermal imaging to confirm the fire was out and had not spread into the floor or walls, and after assisting in removing smoke from the home, the family was able to return.

No injuries were reported. The fire is under investigation.

One person injured in 4-car wreck on bridge 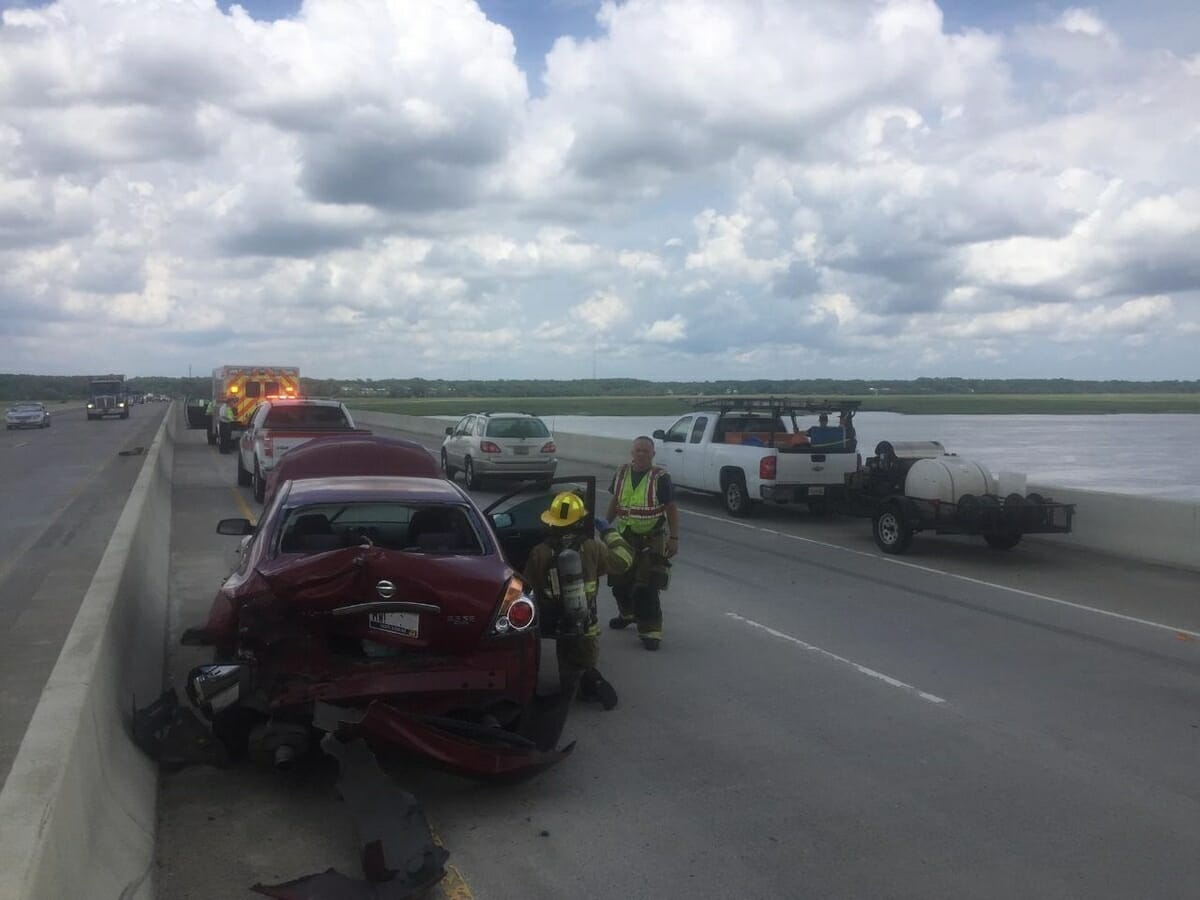 The Burton Fire District responded to a motor vehicle accident July 10 on the Broad River Bridge resulting in one injury and traffic delays, and also assisted another driver in a separate incident who was suffering a medical emergency.

Three of the vehicles suffered damages. Burton firefighters assisted one occupant who was transported to Beaufort Memorial Hospital with what appeared to be non-life threatening injuries.

Traffic on the Broad River Bridge was delayed for approximately 30 minutes while emergency crews assisted the injured occupant and removed roadway hazards.

During this accident Burton firefighters were also responding to a reported motor vehicle accident on Savannah Highway. Firefighters arrived and instead found a driver who had sustained a flat tire while pulling to the side of the road during a medical emergency.

The driver was transported to Beaufort Memorial Hospital and firefighters remained on the scene and changed the tire so a friend could drive the vehicle home.

Vapor cigarette believed to be cause of vehicle fire 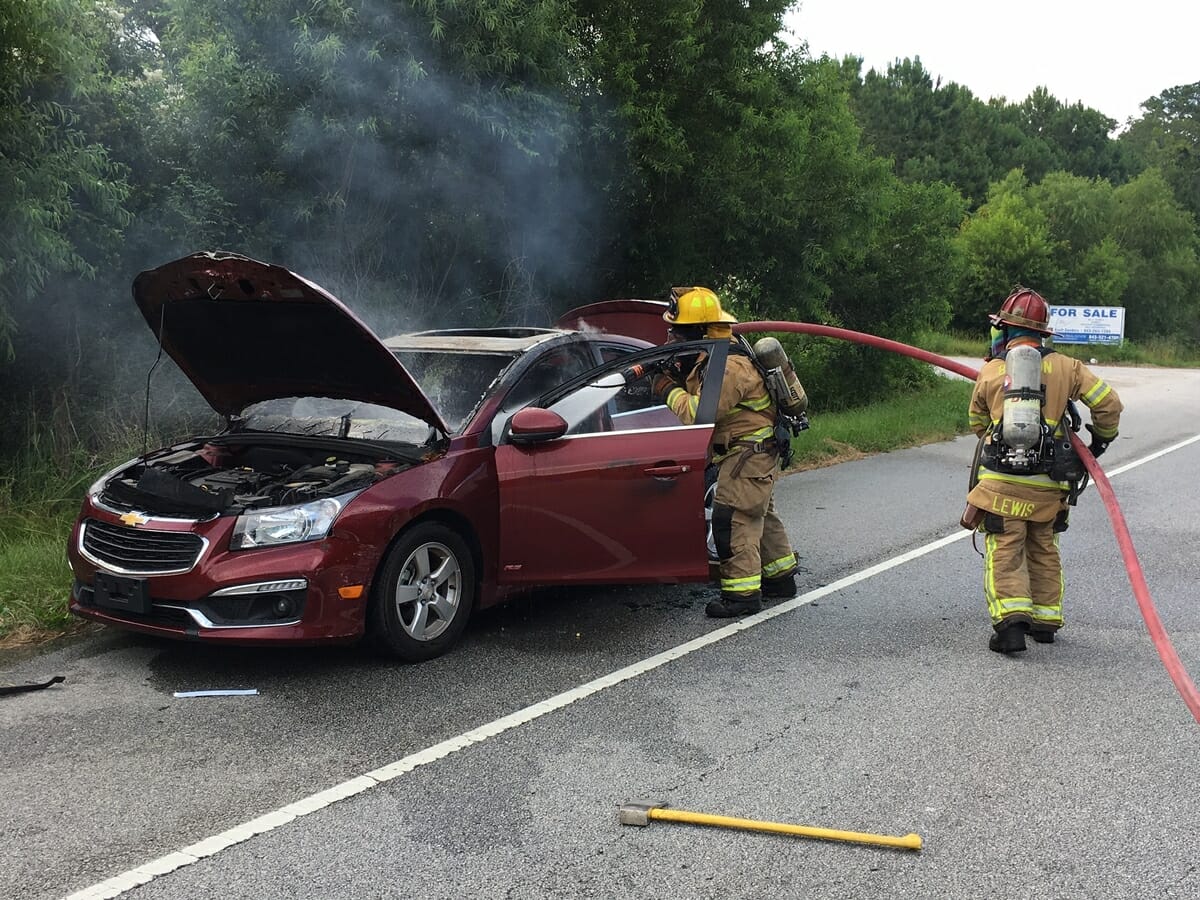 Burton firefighters extinguished a vehicle fire on Robert Smalls Parkway on July 9 which is believed to have been caused by a vapor cigarette.

The Burton Fire District was dispatched to a report of a vehicle fire in Port Royal on Robert Smalls Parkway between Castle Rock Road and Broad River Boulevard. They were on the scene in less than 4 minutes and found smoke and flames coming from a passenger vehicle on the side of the road. Firefighters extinguished the fire in 6 minutes.

While the fire remains under investigation, the male driver stated his vapor cigarette became hot and fell under the seat, causing the fire.

This area of Port Royal is protected by the Burton Fire District through a contract with the town of Port Royal.

No injuries were reported and two lanes of Robert Smalls heading west were blocked for approximately 15 minutes and further delayed for over 30 minutes while firefighters extinguished the fire and removed roadway hazards. 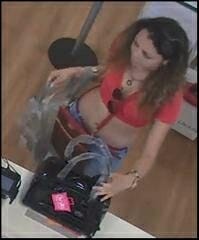 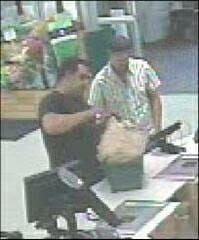 The Beaufort County Sheriff’s Office is trying to locate the pictured individuals who they say used a cloned credit card at multiple locations in Beaufort County between April 11 and June 5.

The victim was still in possession of his card at the time the transactions occurred, which total more than $11,000.