Cigarette believed to be cause of Fat Patties fire

Burton firefighters responded to a possible fire at about 8:30 p.m. Dec. 13 at Fat Patties restaurant on Parris Island Gateway in Port Royal.

Firefighters were told by the manager that a smell similar to burning leaves was detected in the restaurant, and a small fire in the mulch by the front door was discovered and extinguished by the staff.

Burton firefighters used a thermal imaging camera to inspect the wall and discovered elevated heat levels inside the wall by the front door where the fire had been burning. Wall fires can be dangerous as fire smolders and travels undetected before breaking out.

The city of Beaufort Fire Department also responded to the call. Fat Patties is located in the town of Port Royal but is protected by the Burton Fire District as part of an emergency services contract.

A sprinkler system saved Christmas for 16 families on Dec. 22 at the Magnolia Park Apartments on Laurel Bay Road after a single sprinkler head extinguished a kitchen fire before firefighters arrived on the scene.

Firefighters arrived on the scene at about 6 p.m. to find residents evacuating the building and smoke coming from a second-floor apartment.

Upon investigation, firefighters learned the second-floor resident was cooking and fell asleep. The unattended food on the stove ignited and spread to the cabinets above, activating the fire alarm system along with a single fire system sprinkler head.

The fire was extinguished before the first fire trucks arrived.

No injuries were reported and fire damage was confined to the second-floor apartment’s stove and cabinets. The residents from this apartment, a mother and daughter, and a resident in the apartment below, have been temporarily relocated due to minor water damage from the sprinkler system.

Having responded to over 50 building fires this year involving four fire fatalities, including two children, Burton firefighters said this was the best Christmas present they could receive.

While there was minor water damage from the sprinkler system, had the fire grown unchecked the water damages from fire hoses along with the subsequent fire damages could have made this a real holiday tragedy for 16 families.

Sprinkler systems are a minimum requirement for all new construction in the national building code; however, South Carolina lawmakers have refused to adopt that minimum provision. With South Carolina being a leader in fire deaths nationally, this decision has been contentious with state fire officials, causing many firefighters to shake their head in frustration.

“We can dry your house out, but we can’t unburn it,” said Burton Fire Chief Harry Rountree.

The Beaufort County Sheriff’s Office is offering tips regarding safety and the security of homes, vehicles and valuables during this holiday season.

“Shopping centers don’t just attract shoppers; they attract opportunistic criminals as well,” a release states. “If you are going to use an ATM, please do so in a well-lit area or preferably inside a store. Record your credit card information and keep it in a secure place. Therefore, if your credit cards are stolen, it will be easier to report to your financial institution and may help thwart any resulting attempts at credit card fraud.”

If you are traveling over the holidays, let trusted family members or neighbors know of your plans. Ask them to stop by your home and check on it regularly. Leave some exterior and interior lights on and, if possible, leave a spare vehicle in your driveway. Making it look like someone is home is an effective burglary deterrent.

Always lock your vehicle and activate your security system. The vast majority of vehicle break-ins reported to law enforcement do not involve forced entry, but occur to unlocked vehicles. Opportunistic thieves commonly pull on the door handles of multiple vehicles and only enter those vehicles that they find unlocked.

Joseph Holmes, 68, was shot and killed at about 8 p.m. on Dec. 10, 2006, by two unidentified gunmen at the Sheldon Convenience Store in Northern Beaufort County.

An eyewitness to the incident told investigators that two suspects with their faces masked entered the store and indicated it was a hold up.

The witness said he got up and ran to the rear of the store from the table where he and Holmes were sitting.

The witness said there were several shots fired and the suspects fled the store. When the witness checked on Holmes, he found that Holmes had been shot.

Holmes was transported via ambulance to Beaufort Memorial Hospital, where he died of a single gunshot wound. 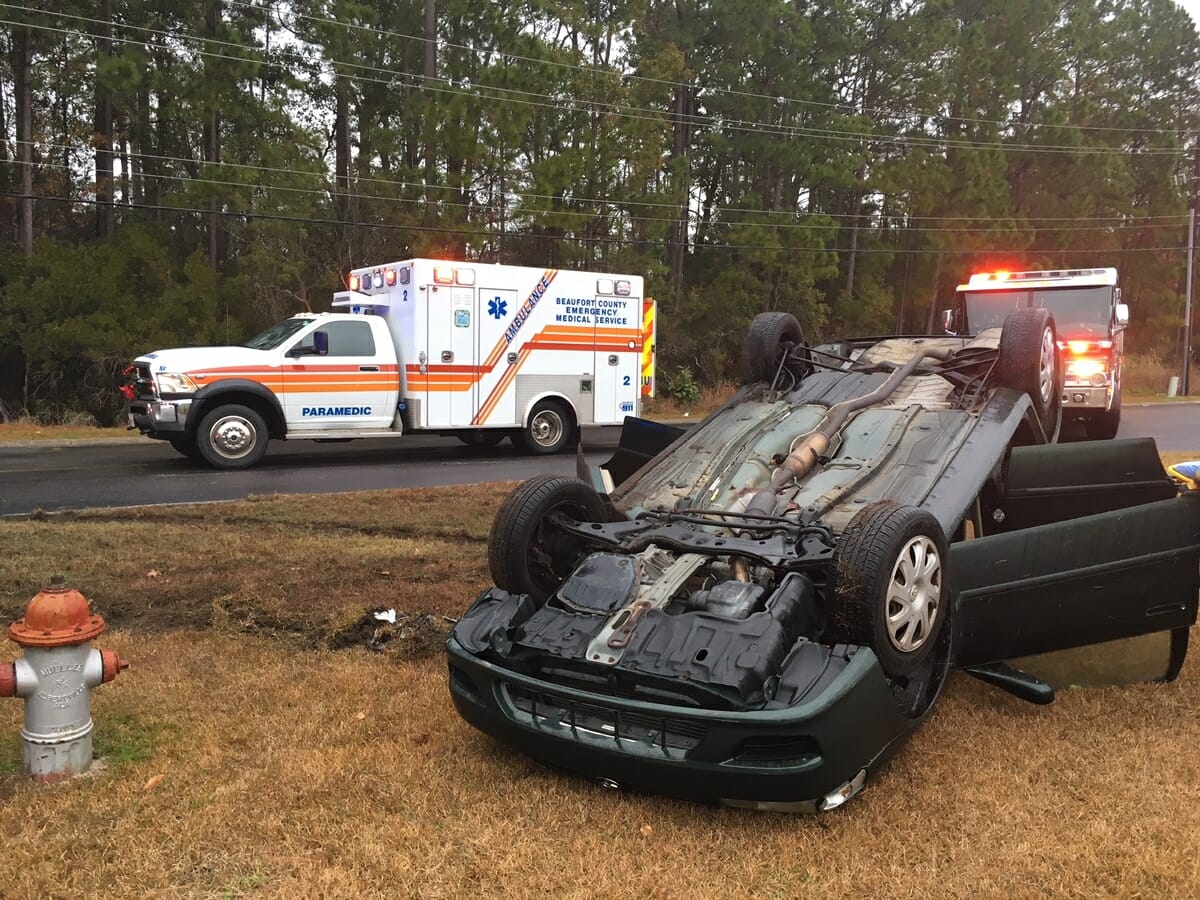 Firefighters arrived to a single-vehicle accident with the vehicle having rolled over, lying on its roof, and the male driver trapped inside.

Firefighters were able to free the driver, who was wearing a seatbelt, in less than 5 minutes. The male driver did not want to go to the hospital.

The Cross Creek shopping plaza is located in the city of Beaufort, but is protected by the Burton Fire District as part of an emergency services agreement between the city and the district.