The Burton Fire District responded to two motor vehicle accidents on Laurel Bay Road, including one in which a driver was briefly trapped.

The first accident was reported just after 8 p.m. Dec. 8 at the intersection of Laurel Bay and Bay Pines Road. Burton firefighters arrived on the scene to a single vehicle accident involving an SUV that had rolled over. The passenger of the vehicle was already outside but the driver was trapped. Emergency crews were able to assist the driver out of the vehicle.

No injuries were reported and traffic on Laurel Bay Road was delayed for approximately 30 minutes while emergency crews assisted the occupants and removed roadway hazards.

The second accident was reported at the intersection of Laurel Bay Road and Trask Parkway just after 4 a.m. Burton fire crews arrived on the scene to a two vehicle accident. No injuries were reported.

The Burton Fire District has responded to 13 motor vehicle accidents on Laurel Bay Road in 2017, including a fatal accident the morning of Oct. 7 that took the life of a 19-year-old man.

The Burton Fire District has responded to 56 motor vehicle accidents on Trask Parkway in 2017, seven of which have occurred at the intersection of Laurel Bay and Trask Parkway.

For the sixth time since Dec. 1, Burton firefighters assisted at a motor vehicle accident, this time at the intersection of Robert Smalls Parkway and Parris Island Gateway.

Just before 6:30 p.m. on Dec. 5, Burton firefighters assisted at a three-vehicle accident at the intersection of Robert Smalls Parkway and Parris Island Gateway.

One person suffered what appeared to be minor injuries, and traffic was delayed for over 30 minutes while emergency crews assisted the occupants and removed roadway hazards.

On Nov. 29, 1986, Kristina Porco, 16, was reported as a runaway juvenile by her mother following a domestic dispute at their Woodlake Villas apartment on Hilton Head Island.

Her mother said she stormed out of the apartment after an argument and was not seen again.

A friend reported getting a telephone call from Porco after the argument asking her to meet her at the pool area of the apartment complex.

When the friend arrived, she was unable to locate Porco, but did find her red sweater draped over a lawn chair in the pool area.

Porco left on foot with no money or extra clothing. Her savings account containing a few hundred dollars was never accessed after the date of her disappearance.

The follow-up investigation revealed numerous witnesses to strained relationships between Porco and her parents. It was learned shortly after Porco stormed out of the apartment that her father allegedly went driving around for a few hours in an effort to look for her.  His actual whereabouts during that timeframe have never established.

She may be in the Sheldon/Yemassee area.

Missing man believed to be endangered

The Beaufort County Sheriff’s Office is asking the public’s help in locating Michael Hatfield, 67, who was reported missing and endangered by family members on Nov. 18.

Family members reported that Hatfield was last seen at his Creek House Lane on St. Helena Island home on Nov. 16. Family and friends remain concerned about Hatfield’s well-being as he is reported to have medical conditions and he may have left his residence on foot. 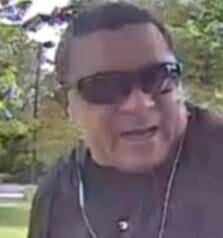 The Beaufort County Sheriff’s Office is asking the public’s help in identifying the pictured individual who allegedly fraudulently used a credit card to withdraw $900 in two separate transactions from a South State Bank ATM located at 189 Sea Island Parkway in Beaufort.

The card was also used numerous times in different locations in Savannah.

A 28-year-old Ridgeland man charged with felony DUI following a head-on collision that killed a Bluffton college student has been sentenced to 15 years in prison.

Christopher Lenning pleaded guilty at the Jasper County Courthouse to felony hit and run with death, and felony DUI resulting in death.

At about 8 p.m. on Jan. 6, Lenning was traveling eastbound on S.C. 462 near Dawson Landing Road when he steered his pickup across the centerline and struck a car driven by Caleb Whiteleather, 18, of Bluffton.

The impact caused Whiteleather’s car to spin around, eventually coming to rest in a ditch on the side of the road. Lenning left the scene where Whiteleather died.

Whiteleather had left his parents’ Bluffton home 35 minutes before the wreck. A freshman at Winthrop University, he was headed back to school following the holiday break.

“The defendant had likely been drinking for at least four hours when the collision occurred,” said Administrative Solicitor Patrick Hall. “When officers finally found Mr. Lenning, he had a blood alcohol content of .113. That’s more than one-and-half times the legal limit.”

Lenning’s prior criminal record includes a 2008 conviction on six counts of aggravated assault on a police officer and DUI.