A 25-year-old man has been arrested in connection with a fatal shooting on Aug. 22 in Sheldon.

Deputies with the Beaufort County Sheriff’s Office responded to a shooting incident at about 5:30 p.m. on Frog Lane.

Upon their arrival, deputies secured the scene and summoned Emergency Medical Services. Lamont Manigo, 40, of Yemassee, had been shot and was confirmed dead at the scene.

Witnesses reported the suspect left the area on a bicycle. They described him as an African-American male in his mid-20s, wearing a white T-shirt.

A short time later, sheriff’s office deputies received information on the whereabouts of a suspect in the shooting. They found the suspect, Dontarious Wright, 25, of Seabrook, hiding in a shed on Gray Road in Big Estates.

He is being held at the Beaufort County Detention Center on a charge of murder.

Anyone with information regarding this incident is encouraged to contact Emergency Dispatch at 911 or CrimeStoppers 1-888-CrimeSC.

The Beaufort County Sheriff’s Office is investigating an armed robbery that occurred at the Citgo Express Mart at 32 Savannah Highway.

The clerk told investigators that a white male entered the store wearing blue jeans, black and white high-top sneakers and a brown hoodie.

He pulled out a gun and demanded the money out of the register. The suspect then ran out the front door towards the rear of the building with the cash.

The subject is described as being approximately 5 feet, 4 inches tall and weighing 130 pounds.

Anyone with information is encouraged to contact the Sheriff’s Office Dispatch Center at 843-524-2777.

Firefighters entered the building and found light smoke coming from a rear office.

Upon investigation, Burton firefighters found a small electrical fire above the drop ceiling in the office. Firefighters were able to extinguish the fire by turning off the power to that area of the office in lieu of discharging chemicals which would have contaminated food and equipment.

Damages were limited to a small area of ceiling and the business remained open. 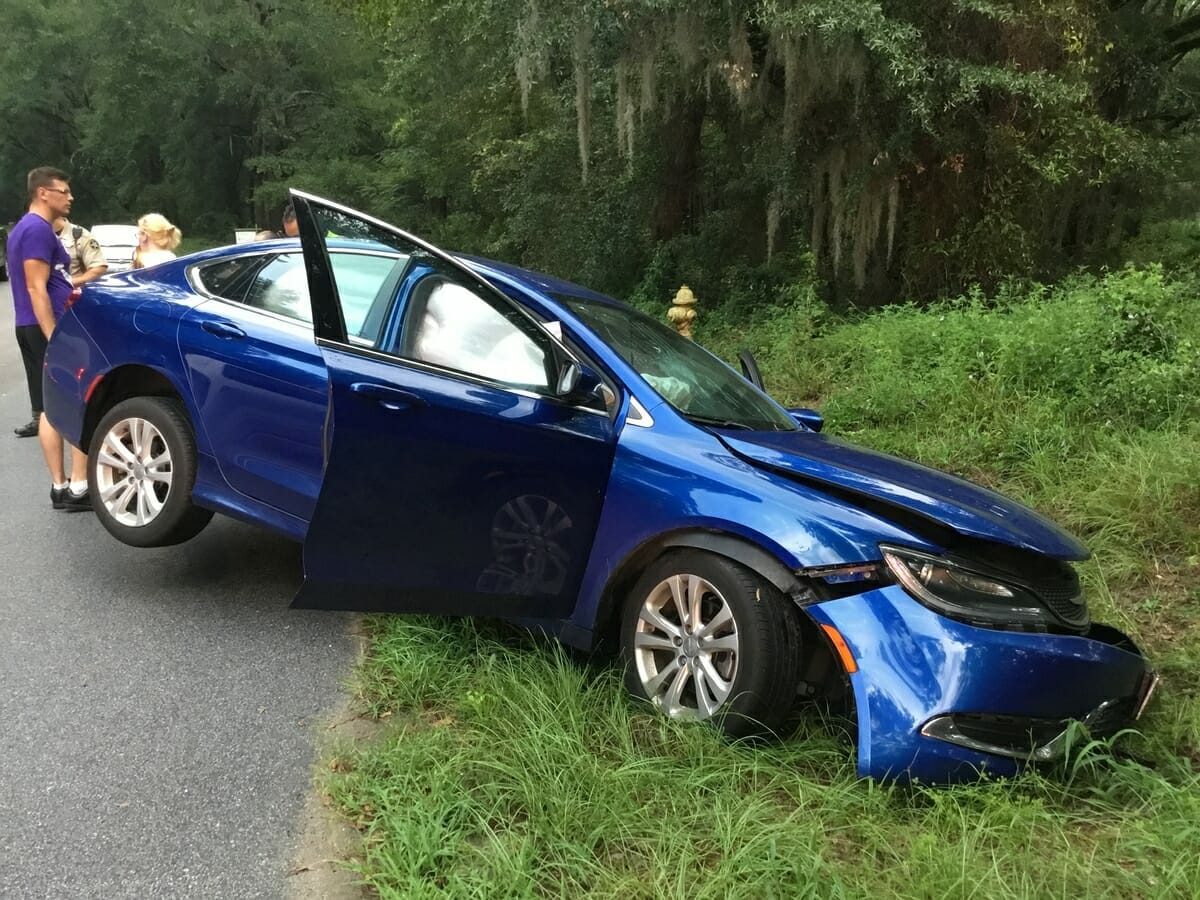 The Burton Fire District responded to a reported motor vehicle accident Aug. 25 on Patterson Road which injured two occupants and blocked the roadway.

Just past 7 p.m., the Burton firefighters responded to the accident.

They arrived on the scene to a single-vehicle accident involving a passenger vehicle in the ditch.

The driver and the occupant, who was a minor, were able to get out of the vehicle.

The driver and occupant were wearing seatbelts and suffered non-life threatening injuries. Both were transported to the hospital. The vehicle was equipped with both front and curtain airbags, all of which activated.

John Edward Benson, 52, of Varnville, has been arrested on 10 charges connected to the sexual exploitation of a minor.

Investigators received a CyberTipline report from the National Center for Missing and Exploited Children (NCMEC) which led them to Benson.  Investigators state Benson possessed multiple images of child pornography.

Benson was arrested on Aug. 23 and was charged with 10 counts of sexual exploitation of a minor, third degree, a felony offense punishable by up to 10 years imprisonment on each count.

The case will be prosecuted by the SC Attorney General’s Office.

Five of the promotions were to fill vacant positions, and two promotions were newly created positions to assist the fire district in managing its growing call volume and changing operational requirements.

The new lieutenants will not only provide management of emergency scenes but each will also supervise two out of the five fire stations in the district.

Two lieutenants, Justin Blankenship and Christopher Lewis, were promoted to newly created captain positions. These new positions were created to assist the fire district in keeping pace with the increasing emergency responses and operational requirements.

In addition, the new captains will manage the district’s training program, ensuring all five stations are meeting national standards; as well as managing fire scenes and fire station activity.

In 2016 the Burton Fire District responded to 1,744 emergency medical calls.