A former middle school resource officer (SRO) in Hampton County has been sentenced to 15 years in prison.

After a three-day trial, the jury found Larry Heyward, 55, guilty on Sept. 21 of third-degree criminal sexual conduct, engaging in a lewd act with a minor and misconduct in office by a public official.

Heyward is a former Hampton County sheriff’s deputy who was assigned as the SRO at Estill Middle School.

The assaults against the child in the case began when the boy was a student at the middle school. The victim recorded an explicit phone conversation between himself and the defendant, which was a key piece of evidence, according to the chief prosecutor Deputy Solicitor Sean Thornton.

“The defendant used his position as a school resource officer to gain access to the victim in this case,” Thornton said. “So often victims of sexual assault are never heard; in this case the victim was heard and justice was done.”

Circuit Court Judge Thomas Cooper handed down the sentence and imposed the maximum sentence for each charge. Heyward will have to register as a sex offender for life.

Investigators are asking for information from the public on the identity of the suspect and circumstances surrounding the shooting.

Anyone with information is urged to contact Sgt. Andrew Rice at 843-255-3429, or to remain anonymous and collect a possible reward, call CrimeStoppers at 1-888-CrimeSC. 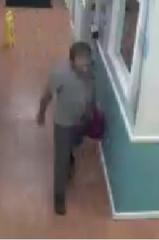 At about midnight on Sept. 20, a person forcibly entered the Little Island Preschool, at 77 Arrow Road on Hilton Head Island, by damaging the back door.

The suspect is seen walking through the business and stealing a pink backpack and $300 worth of frozen food from the freezer.

A similar incident occurred on Sept. 8 when an unidentified male entered the school through a window, stealing a cash bag and laptop.

Two shoplifters take off with $500 cooler 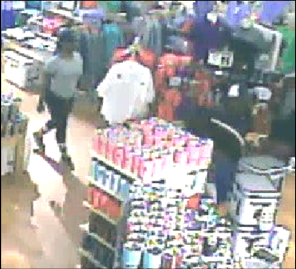 The first woman, described as having a shaved head and approximately 5 feet, 2 inches tall, was wearing a blue shirt, shorts and blue shoes. Her head was shaved and she had a metal grill in her mouth.

When she entered the store, she asked the clerk about the Salt Life display.

She made a phone call and a short time later a second woman entered the store. The second female was tall, thin, had long hair and was wearing a gray shirt with Victoria’s Secret pink leggings.

The women grabbed the cooler and ran out the front door with an employee giving chase. They were seen getting into a black Ford Fusion with no lights.

The female victim was treated for her wounds and is recovering in Beaufort Memorial Hospital.

Anyone with information regarding this incident is urged to contact Cpl. Jennifer Snider at 843-255-3421, or to remain anonymous and collect a possible reward, call CrimeStoppers at 1-888-CrimeSC.

The Burton Fire District responded to two separate motorcycle accidents on Sept. 23 that resulted in five people being taken to hospitals with serious to critical injuries.

The first wreck was reported just before 7 p.m. on Laurel Bay Road involving four motorcycles. Burton and MCAS Beaufort firefighters assisted four motorcyclists who sustained serious to critical injuries. Two of those cyclists were flown from the scene by medical transport helicopters.

The second wreck occurred just before 11 p.m. on Trask Parkway by Roseida Road. The two-vehicle accident involved a motorcyclist and passenger vehicle. The motorcyclist, who was wearing a helmet, sustained serious injuries and was transported to Beaufort Memorial Hospital.

Kelly Lamont Anderson, 20, has been arrested in the slaying of Kenyatta Austin, 43.

While conducting a search within the Hardeeville area on Sept. 17, investigators received information that Anderson was at a motel off of exit 5 on Interstate 95.

Anderson is being charged with murder and use of a weapon during the commission of a violent crime. He is being held at the Jasper County Detention Center.

This case is still under investigation by the Jasper County Sheriff’s Office and SLED.

A Bluffton man who sexually abused a 5-year-old child has been sentenced to 25 years in prison.

A jury found Justin Paul Adams, 25, guilty of first-degree criminal sexual conduct with a minor following a two-day trial at the Beaufort County Courthouse. The jury deliberated for about an hour.

The abuse, which occurred over the course of several weeks in 2013, was initially disclosed to the child’s grandmother.

“I told the jury that they needed to listen to the child in this case,” said Joseph. “What the child said has been consistent. The facts and details the child provided were not ordinary and would not have been something a child would have known.”