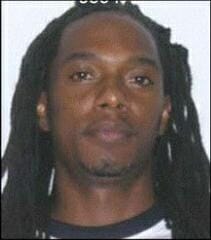 He lives in Jasper County but also frequents the Hilton Head area.

Have you ever wanted to know what is it like being a law enforcement officer?

Have you ever wondered if what you see on CSI is real?

Have you ever wanted to know what your tax dollars were spent on in relation to the Beaufort County Sheriff’s Office?

Maybe you just want to learn more strategies in protecting yourself, family and property.

If you answered yes to any of these questions you may want to attend the Citizen’s Police Academy.

Since 2002, the sheriff’s office has hosted 39 sessions of the CPA and has partnered with over 2,000 dedicated citizens.

The 10-week sessions in Beaufort will be held on Tuesdays starting on March 14 at the Law Enforcement Center at 2001 Duke St.

Applications for the Citizen’s Police Academy are available at the sheriff’s office or on its website at www.bsco.net.

For questions or comments, contact MSgt. Mike Jennings at 843-255-3287 or mjennings@bcgov.net.

Man is arrested in connection with murder

Bluffton detectives have arrested 25-year-old Kenneth Crivan Mitchell in connection with the murder of Jon Kinlaw, who was shot and killed in the parking lot located at 1225 May River Road on Jan. 3, 2016.

According to a police report, Mitchell was identified by detectives as the shooter in the murder just days after the crime took place. Bluffton detectives immediately obtained an arrest warrant for Mitchell. At the time the arrest warrant was served, Mitchell had been arrested and was incarcerated at the Chatham County Detention Center in Savannah on separate charges.

Mitchell is charged with murder and is currently being held at the Beaufort County Detention Center.

Just after closing on Feb. 8, two male employees of the Food Lion on Shanklin Road in Burton were approached by two masked people in the parking lot.

The subjects, both male and one armed with a pistol, forced the employees back into the store and demanded money. Once inside the store, the armed man pistol-whipped one of the employees in the head, while the other served as the lookout.

The employees then complied and turned over cash in a bag from the safe. The men ran away an unknown direction and the Beaufort County Sheriff’s Office Emergency Dispatch was notified.

Sheriff’s office deputies responded to Food Lion and met with employees and witnesses, while Emergency Medical Services transported the employee that had been pistol whipped to Beaufort Memorial Hospital for treatment of the injury to his head.

During the investigation deputies obtained information on the whereabouts of the two subjects. That information led them to a residence at 16 Crystal St. in Seabrook.

As deputies arrived and began to surround the residence, one male occupant came out and was detained. Ultimately, two more males and one female emerged from the residence, after being called out by deputies. The four were interviewed, while a warrant to search the residence for evidence of the robbery was obtained.

The search warrant was executed at the residence by sheriff’s office SWAT members and investigators shortly after 1 a.m. on Feb. 9.

Inside the residence, investigators recovered the bag of cash from the Food Lion safe and some of the clothing worn by the two suspects during the robbery, according to the sheriff’s office.

In addition, it was learned the vehicle the two used to get to and from the robbery was parked in the driveway. That vehicle, a Toyota, was impounded to be searched and processed for forensic evidence. The pistol used in the robbery was not recovered during the search of the residence.

After interviewing the occupants of 16 Crystal St., it was determined two of the four men being held were allegedly responsible for the robbery.

The sheriff’s office arrested Terrance Morgan, 27, of Yemassee, and Joshua Capers, 25, of Seabrook.

Morgan was suspected of being in possession of the pistol during the robbery. He was charged with robbery while armed with a deadly weapon and possession of a firearm in the commission of a violent crime.

Capers was charged with robbery while armed with a deadly weapon.

Both are being held at the Beaufort County Detention Center.

Morgan’s bonds were set by a Beaufort County magistrate at $100,000 for a parole/probation violation, $50,000 for possession of a firearm in the commission of a violent crime and he was denied bond for robbery while armed with a deadly weapon. Capers’ bond was set at $50,000.

The injured Food Lion employee has since been released from Beaufort Memorial Hospital.

Anyone with information on this incident is encouraged to contact Sgt. Angela Crumpton at 843-255-3707 or CrimeStoppers at 1-888-CrimeSC to remain anonymous and for a possible reward.