The Beaufort County Sheriff’s Office is attempting to identify a man who it says has ties to burglaries that took place at the Family Worship Center and Huspah Baptist Church on July 11.

The suspect allegedly broke into two storage sheds and stole various items from one location and removed a 2015 Lark 8-foot enclosed box trailer from the other.

Collins has experience working in the construction industry and may still be working at a construction site, according to the sheriff’s office.

He is believed to be driving a 2004 gold Jeep Grand Cherokee with SC tag JYL177.

Collins made arrangements to turn himself in but failed to show up, according to the sheriff’s office. He is known to frequent the Bluffton and Hilton Head areas.

Roger Wise, 69, of Hilton Head Island, was arrested July 28 and charged with four counts of sexual exploitation of a minor-second degree.

Beaufort County Sheriff’s Office investigators received a lead from the South Carolina Attorney General’s Office Internet Crimes Against Children (ICAC) of child pornography being downloaded from the Internet on computers and/or electronic devices at a residence in Sea Pines Plantation on Hilton Head Island.

Further investigation substantiated the lead and revealed the child pornography had been downloaded at 21 Twin Pines Road. Based on the information, investigators obtained a warrant to search the Twin Pines Road home.

According to the sheriff’s office, during the search they seized two desktop computers, one external hard drive, one iPhone, one tablet and numerous DVDs with pornographic labels. Preliminary examinations of the seized items were performed at the residence and uncovered evidence of downloaded child pornography, the report states.

Meanwhile, forensic examinations of the seized computers and electronic items will be performed by the Beaufort County Sheriff’s Office Computer Crimes Unit and the South Carolina Attorney General’s Office and could lead to additional criminal charges for Wise.

The South Carolina Attorney General’s Office will prosecute Wise and any other people charged in connection with this
ICAC investigation.

A cache of semi-automatic rifles, handguns and ammunition was stolen in a burglary recently in University Park in Bluffton.

According to a Beaufort County Sheriff’s Office report, deputies responded to a burglary in progress at the residence on July 26.  They found that someone had forcibly entered the house through a back door and the suspects had already fled the area.

A video surveillance system was reviewed and three people were seen breaking into the residence, one of whom was identified as the burglary victim’s daughter, Ryelee Teona Marie Hall, 17.

During the robbery, several semi-automatic rifles, several handguns and a large amount of ammunition was stolen from a safe.

Kiyan Johnson, 19, was arrested July 29 in connection with the burglary, according to a Beaufort County Sheriff’s Office report.

Johnson turned himself in to sheriff’s office investigators in Beaufort. He was charged with second-degree burglary and grand larceny.

Sheriff’s office investigators said the third and final subject involved in the burglary is Jahkheme Scott, 19, of Bluffton.

Scott was at large, as was Ryelee Hall, at press time.

Both are known to frequent Bluffton, Beaufort and some areas of Jasper County.

To remain anonymous and receive a potential reward, call CrimeStoppers at 888-274-6372.

The Beaufort County Sheriff’s Office is asking for the public’s help with a cold case.

On July 30, 1989, Jennifer Olson, 19, was discovered in the surf on the beach by a jogger near the Westin Resort on Hilton Head Island.

Olson had died of injuries inflicted by unknown suspects sometime in the early morning hours. Specific details of her injuries and cause of death have not been revealed by law enforcement, but they suspect she was sexually assaulted just prior to her death.

Olsen was with her family at an insurance convention at the Westin. One of the people she was last seen speaking with near the pool area of the Westin around 3 a.m. was convicted of savagely murdering his girlfriend a few years later in another state. He remains a person of interest in this investigation and has been interviewed multiple times, but has denied any involvement.

He is currently serving a life sentence and no physical evidence has linked him to Olson’s murder.

One injured in Burton car crash

A driver suffered serious injuries after hitting a power pole in the 300 block of Savannah Highway on July 30.

Burton firefighters received a call for a motor vehicle accident on Savannah Highway at approximately 8:30 p.m. Initial reports were that the driver had been ejected, but he had crawled from the wreck on his own and was lying on the side of the roadway.

Gas was leaking from the vehicle and firefighters had to use rescue tools to get inside the vehicle to secure power to prevent a fire. SCE&G was called to the scene due to serious damage to the power pole.

Two lanes of Savannah Highway were closed for over 30 minutes while firefighters assisted the injured driver and secured hazards.

The Burton Fire District has responded to over 160 motor vehicle accidents this year. 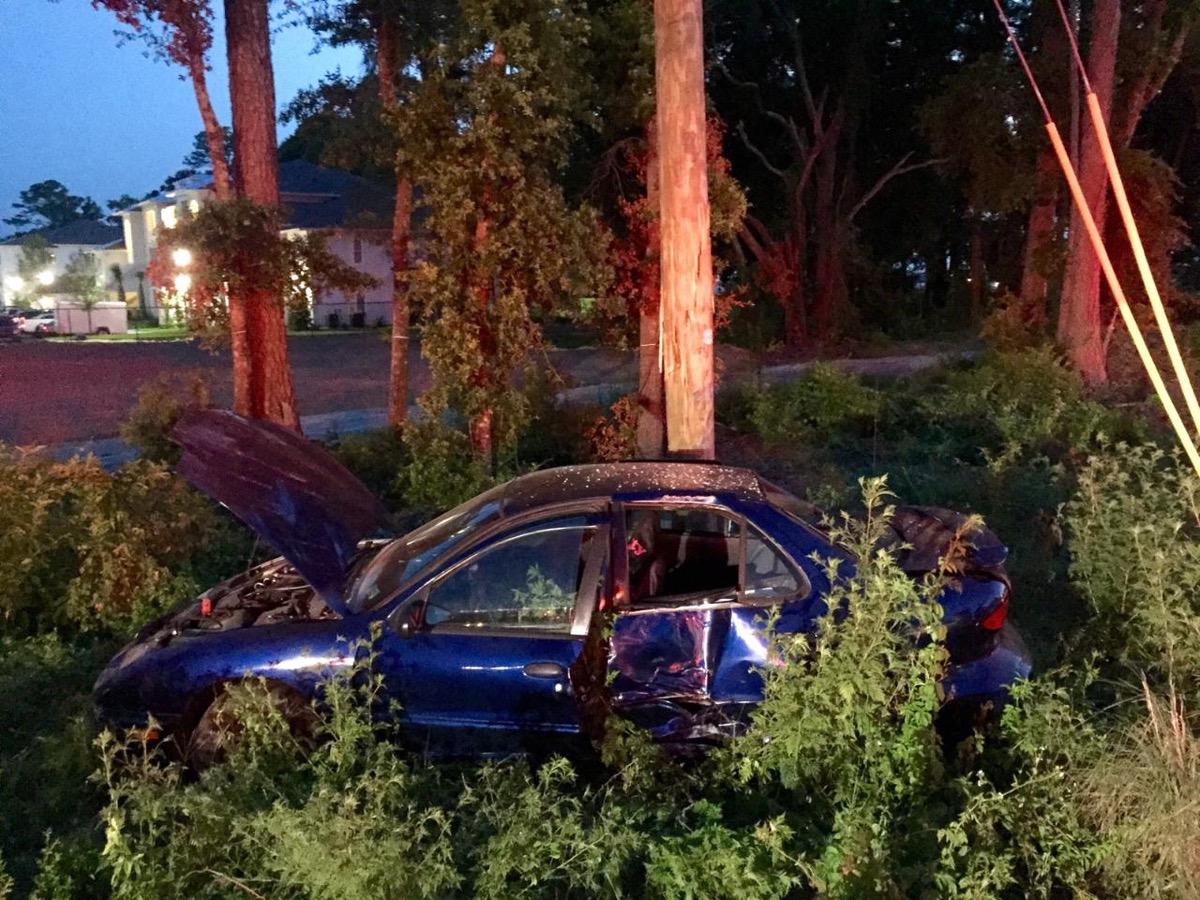 By Mike McCombsThe Island News Once again Tuesday evening, the Beaufort County Board of Education reaffirmed

Blackstone’s Café gets a new owner

From staff reports The drainage improvement project in Shell Point was set to begin this week.