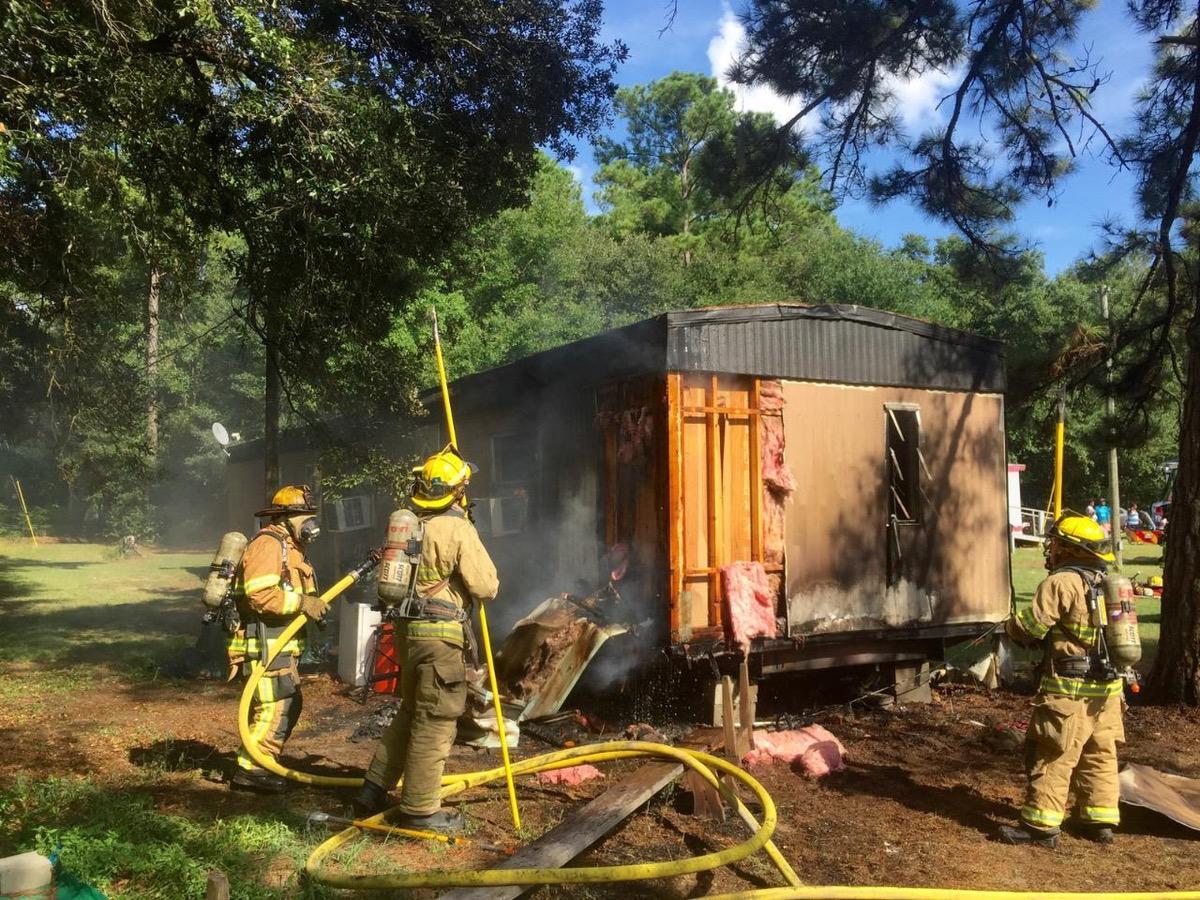 A couple and their two children were left homeless after an illegal outdoor fire spread to their home on Sunburst Lane in the Gray’s Hill community.

The Burton Fire District responded to a report of a house fire just after 4 p.m. Aug. 19.

Initial reports were that smoke and flames were coming from a mobile home. Burton firefighters arrived on scene and found an illegal outdoor fire that had spread into a singlewide mobile home.

Firefighters were able to confine the fire to one room of the home; however, the home suffered smoke and heat damage, causing the family to be displaced.

The family was not home at the time of the fire.

The Red Cross was notified and is assisting the family. No injuries were reported. The city of Beaufort and Beaufort County Sheriff’s Office also responded to the fire.

Beaufort County Ordinance 2011/31 governs the rules of outdoor burning in the unincorporated areas of Beaufort County, and citizens not following the ordinance while burning outdoors can be fined. A copy of the ordinance can be found at www.bcgov.net.

Residents living in incorporated areas of the county should check with their local fire department for outdoor burning rules.

On July 15, a man created a Sam’s Club charge account using another person’s information at the Hilton Head location, then made $4,678 in unauthorized purchases at the store.

Approximately an hour later, the same man opened a Belk charge account on Hilton Head and made unauthorized purchases of $2,362.

The couple was seen at Sam’s Club in Savannah on July 16 and at Belk’s in McDonough, Ga., on July 19 making unauthorized purchases.

A bicyclist was killed in a hit-and-run accident on Aug. 18 on the eastbound Cross Island Parkway on Hilton Head Island.

At approximately 5:45 p.m., Jeffrey Garske, 66, was struck by a vehicle and pronounced dead a short time later.

The driver of the 2011 Ford truck, Richard George Alford, 64, of Hilton Head, was later arrested and charged with leaving the scene of an accident and felony drunk driving

Alford is being held at the Beaufort County Detention Center.

The Beaufort County Sheriff’s Office is asking for assistance from the public in locating Erick Holmes, 27, of St. Helena Island.

Holmes is wanted in connection with a July 2 shooting incident in which a Levant Byas Road home and a vehicle were shot and struck. The vehicle was occupied by an adult and an infant at the time. No one was injured.

The other suspect involved in the July 2 incident, Brian Bryan, 30, was arrested on Aug. 4. He has since posted bond and was released from the Beaufort County Detention Center.

Anyone with information on the whereabouts of Holmes is encouraged to call Sgt. Adam Draisen at 843-255-3409 or Emergency Dispatch at 911. Those wishing to provide information anonymously and for consideration of reward can call CrimeStoppers 1-888-CrimeSC.