Youmans is believed to have stolen an elderly woman’s purse as he was helping her bring groceries into her home.

He is from Fairfax County, but may be working in Beaufort County.

The Beaufort County Sheriff’s Office is requesting the public’s help in solving a cold case.

On Aug. 3, 1994, former Marine David Speigel, 38, who worked as a clerk at the Buckingham Pantry store in Bluffton, was found shot to death behind the counter at approximately 2 a.m.

An investigation into the murder revealed Speigel had been cashing personal checks for local illegal narcotics users.

The security monitor behind the counter was never activated and the incident was not captured on video.

Physical evidence was difficult to identify due to the high volume of customers in and out of the store.

It is believed robbery was a likely motive for the crime, but it amounted to an attempt because nothing was believed to have been taken. Other possible motives were explored during the investigation, with rumors ranging from gang initiations to a personal vendetta, but were not confirmed or eliminated as possibilities.

Several persons of interest were identified through the personal checks cashed at the store during Speigel’s shift, although there was no physical evidence linking them to the murder.

Two men are wanted in the theft of a truck in Sun City Hilton Head.

The truck was not locked and the victim had all of the keys to the truck.

A white bicycle was located in the grass near the residence.

Video surveillance showed two males entering Sun City on bicycles at about 4:15 a.m. and the victim’s vehicle leaving Sun City at about 5 a.m.

The incident occurred on July 2 on Levant Byas Road on St. Helena Island.

Holmes is known to frequent and live in the St. Helena community. He is black, 5 feet, 11 inches tall, and weighs about 250 pounds. 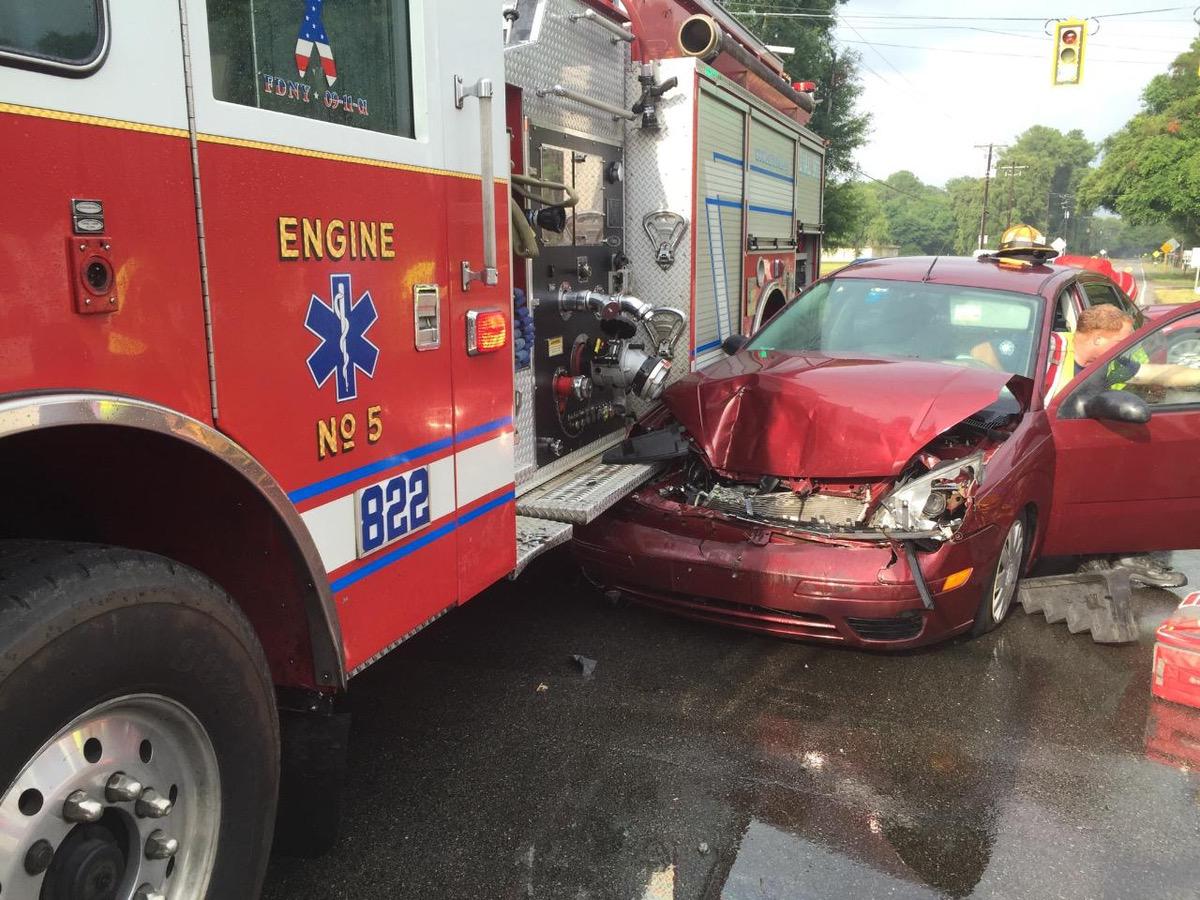 A Burton Fire District truck was struck at the intersection of Bruce K Smalls Drive and Trask Parkway recently while responding to a possible house fire.

The Burton Fire District was dispatched to a report of a possible house fire on Stanley Road just after 5:30 p.m. Aug. 3.

The fire engine, which is based at the Gray’s Hill fire station, was responding to the emergency when it was struck by a passenger vehicle at the intersection.

The Burton firefighters in the fire engine were not injured and immediately began rendering aid to the male driver of the car that struck their fire engine.

The driver of the car appeared to have non-life threatening injuries and was transported to Beaufort Memorial Hospital.

The intersection of Bruce K Smalls and Trask Parkway northbound was blocked for over an hour while waiting for South Carolina Highway Patrol to arrive and investigate the accident.

The fire call on Stanley Road was a small electrical fire believed to have been caused by power issues related to the passing storm, and resulted in minimal damages.

The damaged fire truck is being inspected to determine if it is able to return to service, and Burton’s newest fire engine, which was purchased to replace the aging Gray’s Hill fire engine that is now 14 years old, was put into service without any service or response delays.

According to the Lady’s Island Business and Professional Association, the Beaufort County Sheriff’s Office has released the following crime statistics for the island.

Following is a comparison of criminal offenses occurring on the island in the first six months of 2016 compared to the same period the previous: 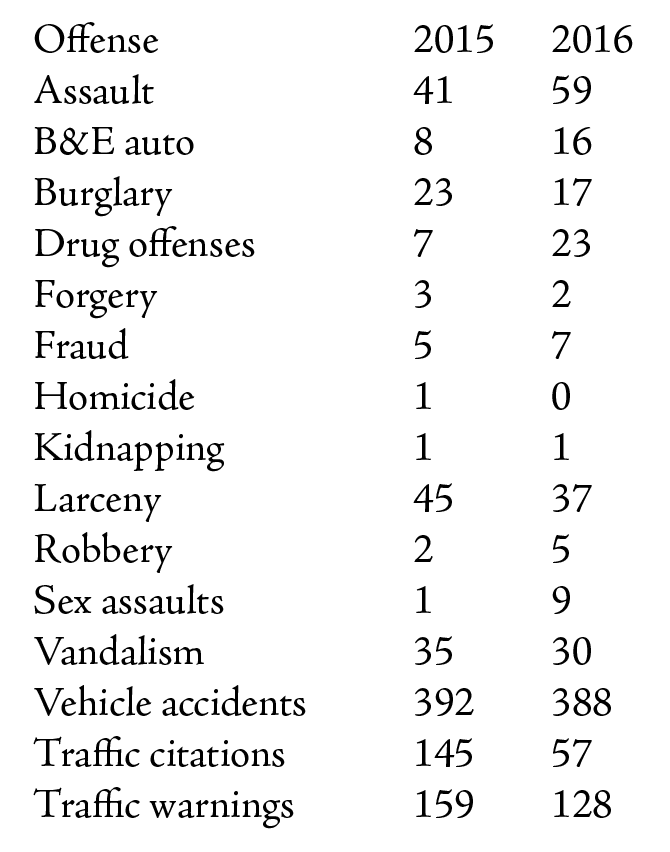 National Night Out is a program to encourage community building and partnerships between police and neighborhoods.  The annual event occurs the first Tuesday of every August nationwide.

The public was invited to learn more about the police department, along with other first responders, including Beaufort County EMS, the Beaufort County Sheriff’s Office, Bluffton Township Fire Department and more.

The Beaufort County Sheriff’s Office displayed the department’s bomb squad equipment, allowed children to look inside an allterrain vehicle and sit inside the department’s helicopter. The Life Net medical helicopter even made a drop-in visit.

The Bluffton Police Department proved to be the winner in the annual cops verses firefighters tug-a-war competition.

The event also featured demonstrations, including firefighters enacting a rescue in a mock car accident using life-saving equipment. Hundreds of residents attended the event despite the sweltering heat.

From staff reports A hurricane warning has been issued for the entire South Carolina coastline.  The

In their own words