The first half of 2016 seemed busier than the numbers would indicate. It certainly was a mixed bag.

The market has been somewhat down on the face of it, but there were some bright spots. I know the numbers do not show it yet, but the latter part of the first half of 2016 we did see some encouraging traffic, and June’s closings were outstanding.

There were some bright spots though, and we will look at each area individually, but Lady’s Island had an excellent first half. 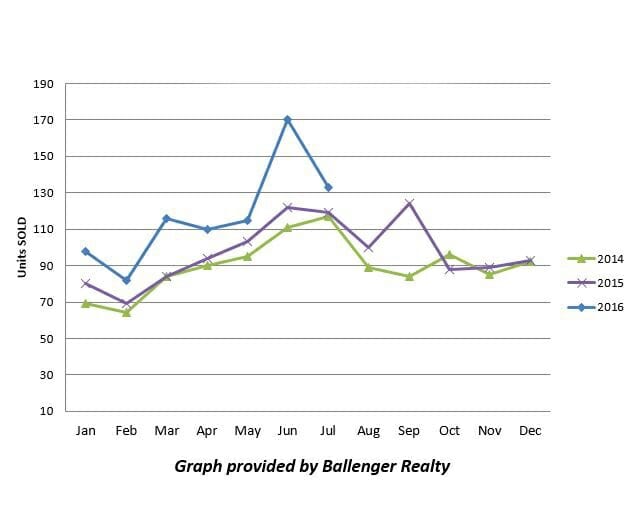 I suspect the availability of “affordable” housing offered by the national builders is enticing first-time buyers to take the plunge and purchase their first home. This is especially true as rental housing is getting harder to find, and rents are rising faster than mortgages. Here’s a look by community:

Beaufort: The importance of the overall effect of first-time buyers cannot be overstated. One reason we had the start of the real estate collapse back around 2006 was that property got too expensive, and first-time buyers stopped buying, thus the knock-on effect throughout the industry.

I wonder what effect the lack of “new” affordable housing in the city of Beaufort has or will have on any potential population growth. I could get into the demographics of boomers and millennials, but space would not allow it. The city of Beaufort was pretty flat with the exception of the median price drop.

Mossy Oaks was down across the board, with a significant drop in actual sales. Inventory was up 18.5 percent.

Port Royal is a surprise. The area is usually up among the better performing districts. Unit sales were down -26 percent, but there were nice price increases for the “Average” and “Median.” Inventory was down a high 63 percent.

Burton was a little surprising, as there are some national builders active in that area. Sales down some 14 percent were noteworthy. Prices up strongly at +23 percent average and + 15.6 percent median.

Lady’s Island had an excellent first half of 2016. Sales volume were up +30 percent and unit sales up +43 percent. The only negative was the average sales price was -8.5 percent. For years Lady’s Island was the real estate hotspot of Northern Beaufort County. But like everywhere else it was hit hard by the real estate downturn.

Over the last year or two, the island has reasserted itself as the leader in single-family home sales. With national builders moving ahead at a pace with new reasonably affordable new construction, I see no reason the island’s strong showing should not continue into the foreseeable future.

Everett Ballenger is the owner of B.I.C. Ballenger Realty and former president of the Beaufort County Associations of Realtors.