First it was the traffic, then it was the brazen midday break-in, that raised suspicions in the quiet waterfront Lady’s Island neighborhood.

And generally there are more dog-walkers on the street than cars.

A moment’s online sleuthing led a concerned neighbor to conclude that “a leader in the Southeast kratom industry” was operating down the street.

Why would the neighbor think that?

Because that’s exactly what it says on Beaufort Kratom’s webpage.

“What’s this kratom?” they then asked. And, “Is it OK for them to be selling the stuff in a residential neighborhood?” 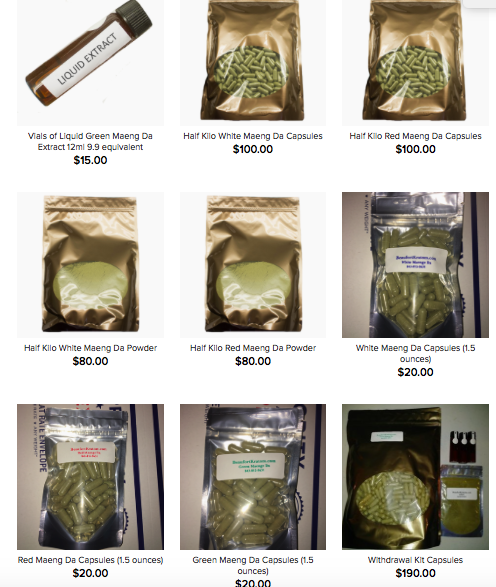 Measured in kilos, and packed in clear plastic vacuum-sealed bags with barely professional markings, the ground-into-powder dried leaves of the exotic plant resemble the contraband that law enforcement agencies are fond of having photographed surrounded by stolen firearms and stacks of cash after big drug busts.

But kratom’s not contraband — at least not in South Carolina.

Its defenders say in mild doses — much like a cup of strong coffee — the herb aids relaxation, it aids in focusing attention, and is a mild stimulant.

Detractors say the drug is addictive with users experiencing side effects when they try to quit such as insomnia, nausea, vomiting, runny eyes, anxiousness, depression and more.

The neighbor wondered then, quite reasonably, why the company’s website announces in big red letters at the top that Beaufort Kratom won’t ship to Alabama, Vermont, Tennessee, Arkansas, Rhode Island and Wisconsin?

Because the sale of kratom is illegal in those states.

Moreover, last week U.S. Food and Drug Administration (FDA) Commissioner Scott Gottlieb released a statement officially labeling kratom an opioid because upon analysis in the federal government’s laboratories, two of the five most prevalent compounds in kratom were shown to latch on to the human body’s opioid receptors in just the same way opioids do. Without saying so specifically, the clear implication of Commissioner Gottlieb’s statement was that the government’s research indicated that kratom is addictive. The 44 recent deaths linked to use of the drug were also noted in the commissioner’s stern warning.

Next will come the federal government’s determination whether to follow the lead of the handful of states that have outlawed kratom and add the drug to the FDA’s list of Schedule One drugs that would make its sale illegal under any circumstances.

That coming fight will be a closely fought one because kratom is not derived from opium poppy pods, as are the other opiates.  Kratom comes from the coffee family and is known to grow best in Myanmar, Indonesia, Malaysia, Papua New Guinea and Thailand, all places that are known for growing gourmet coffee. Plus, its defenders say, with some addicts kratom in stronger doses is said to be more effective as a treatment for opioid addiction than the FDA-approved methadone, buprenorphine and naltrexone.

That’s important, if it can be shown conclusively. But there’s been relatively little research done on the subject, and no more will be done if the government puts kratom on its Schedule One list.

The outcome of that big Washington fight, while vitally important to the local company’s long term business prospects, is not Beaufort Kratom’s most pressing challenge. That challenge comes next week when the company’s representatives will appear in Beaufort County Magistrate’s Court for a Code Enforcement citation hearing.

Home businesses are expected to be low impact to surrounding neighborhoods. Employees parking at all hours of the day and night to prepare and deliver orders for shipping, and customers driving in-and-out to pick up pouches of their powder or pills can increase that impact beyond what is expected.

First and last at the upcoming Magistrate’s Court hearing, as in so many halls of government these days, the underlying issue will be traffic.