Dale McDorman was sworn in as police chief of the City of Beaufort on Monday morning.

“This is a new challenge in my life,” McDorman said after his swearing-in. “I think it’s made easier by the quality of officers we have here.”

McDorman, who was appointed interim chief after the death of Matthew Clancy in July, has been with the Beaufort Police Department since 1995, rising from patrolman to deputy chief in 2010.

“After completing a very thorough search and interview process with over 25 applicants, from eight states and one very capable and professional internal candidate for the position of police chief, I am pleased to announce the selection of Interim Chief Dale A. McDorman to the position of police chief,” Prokop said. “He did an outstanding job during the interview process with community representatives and City staff. Dale was deputy chief under Chief Clancy and will be building on the programs and methods that were instilled in the Police Department by Chief Clancy.”

McDorman will lead a force of 52 officers and four civilian staffers.

McDorman said, “I believe that the Beaufort Police Department is one 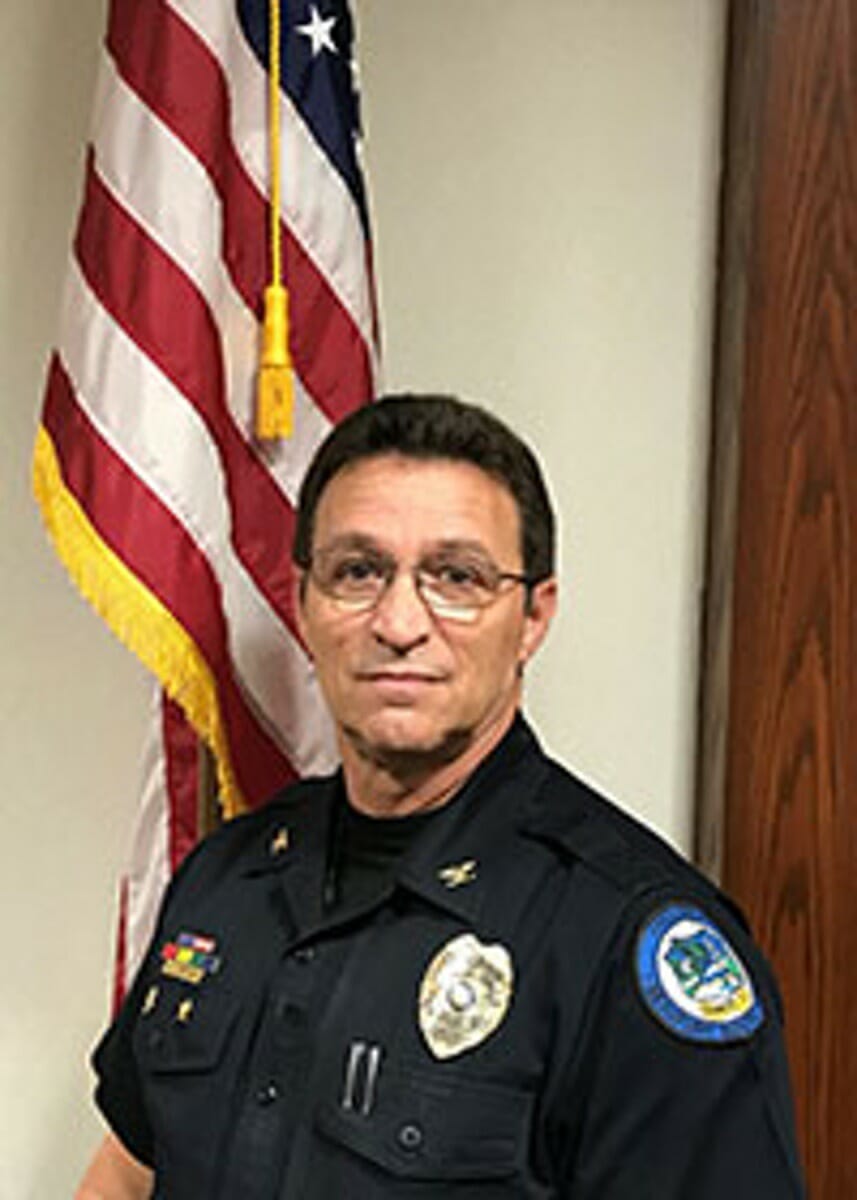 of the best in our state and I want to continue that and make us better. I plan to focus on community involvement, transparency, and providing a well-trained department to serve the citizens.

“I will be contacting community members to establish a Community Advisory Board that will meet to discuss possible community projects, community concerns and also help us get our message out to neighborhoods,” McDorman added. “I believe if we ever grow comfortable with where we are in community service, we are missing something.”

McDorman said he always wanted to be a police officer. He followed in his father’s footsteps, and joined the U.S. Air Force after graduating from high school in Cortland, Ohio.

“Since you cannot be a police officer until you are 21 years old, I joined the Air Force Security Police to gain some experience,” he said.

McDorman served in the Air Force for eight years, then returned to Stark County, Ohio, where he became a sheriff’s deputy. He came to Beaufort County in 1990, joining the Sheriff’s Office. In 1995, he moved over to the City of Beaufort Police Department, where he started a K-9 unit.

“Chief Clancy was one of the best and most honorable men I have ever known or worked for,” McDorman said. “He taught me as we went along, and he helped me grow to a better-rounded officer and administrator. Chief Clancy taught me that decisions made in a bubble are likely not the best for all people involved and to always seek input.”

McDorman has a bachelor’s degree in Criminal Justice from Columbia College.