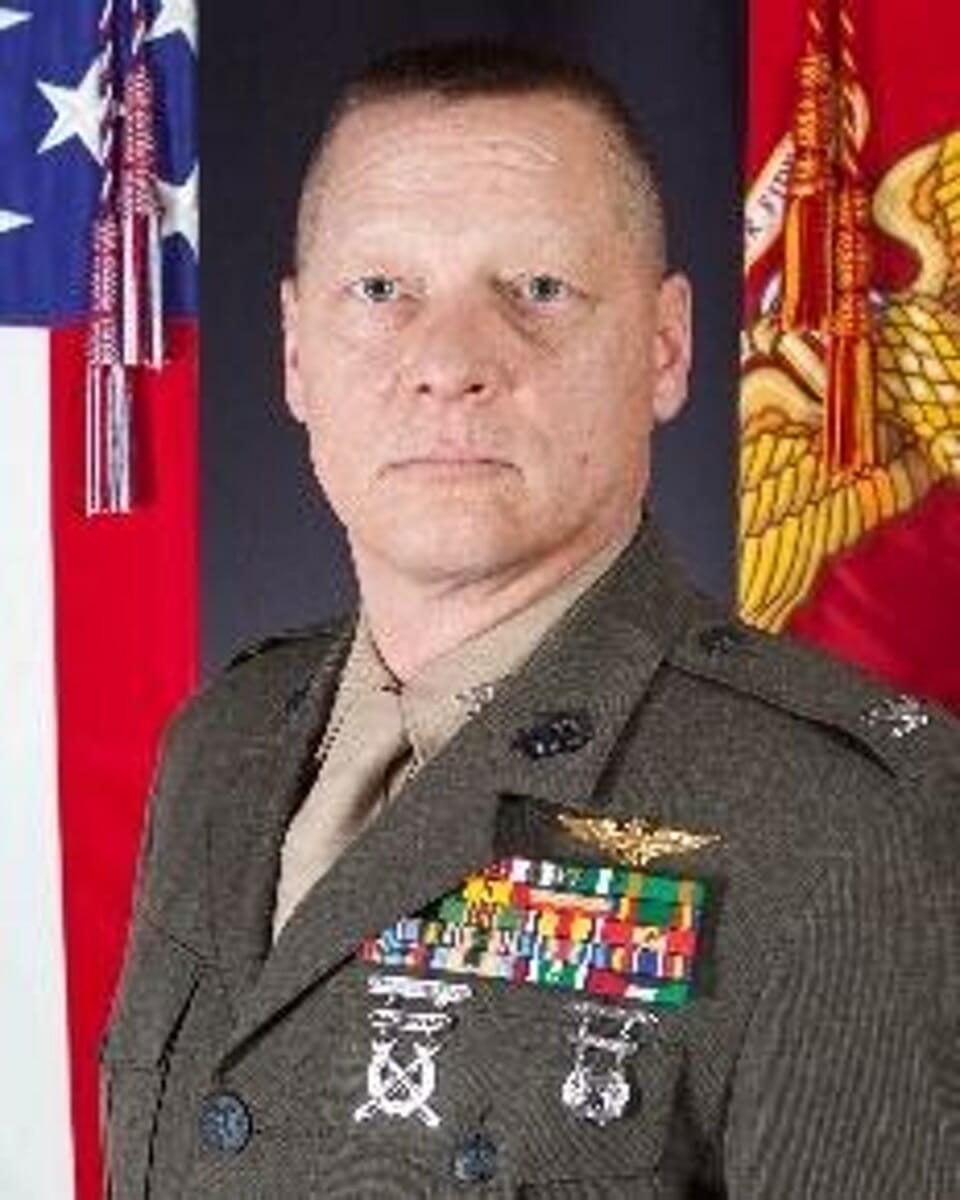 Nethercot joined Parris Island and the Eastern Recruiting Region after serving as the Director of the Commander’s Action Group for NORAD and USNORTHCOM.

She was commissioned in May of 1993 and deployed for Operation Iraqi Freedom (OIF) I and to Marine Corps Central Command-Djibouti Africa in support of Operation Enduring Freedom (OEF).

From May 2009-June 2011, she served as Commanding Officer for 9th Communication Battalion in Camp Pendleton, Calif. The battalion deployed to Helmand Province, Afghanistan from January 2010 through February 2011 in support of OEF.

Colonel Arbogast joined the United States Marine Corps Reserve in the Delayed Entry Program in February 1989 and reported to MCRD San Diego in July 1989. He was assigned to Company E, 2nd Battalion, 24th Marines in Des Moines, Iowa where he served until December 1993 participating in Operation Desert Storm.

Arbogast was designated a Naval Aviator on May 23, 1997 and then reported to HMT-303 at Marine Corps Air Station (MCAS) Camp Pendleton, California for initial training in the UH-1N helicopter.

In July 2002, Arbogast was assigned to 2nd Battalion, 1st Marines as the Battalion Landing Team Air Officer. During this period, he deployed in support of Operation Iraqi Freedom.

During the ceremony at MCAS Beaufort, Col. Miller was awarded the Legion of Merit Medal for his outstanding leadership and dedication to duty while in command of MCAS Beaufort. Col. Miller and his family will continue their Marine Corps career at U.S. Pacific Fleet Joint Base Pearl Harbor-Hickam, Hawaii.

The departing Miller left a message for his Marines on MCAS Beaufort’s Facebook page.

“Over the last three years, we have faced many challenges as a base, but we have persevered because of strong leadership, teamwork and dedication to the mission. Semper Fidelis, Team Beaufort.”