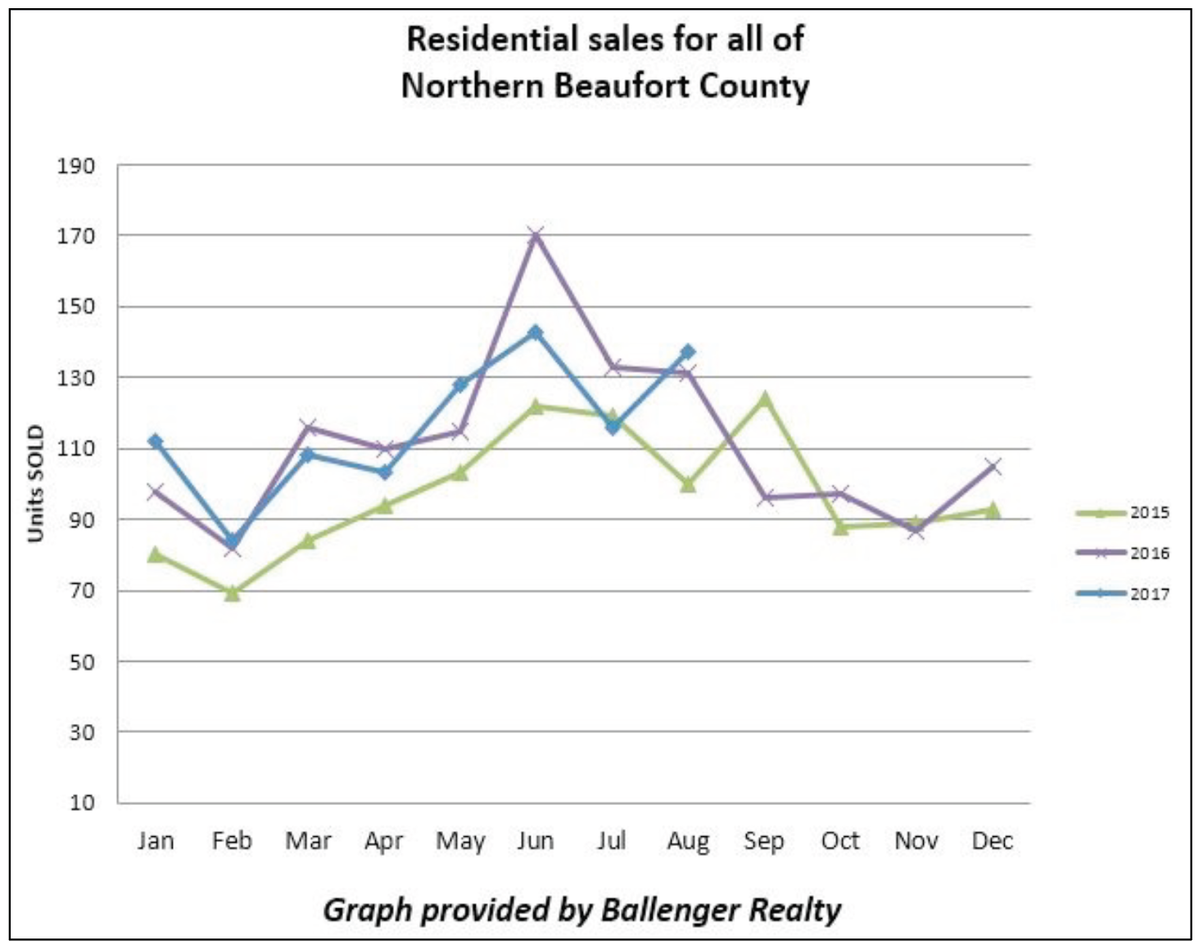 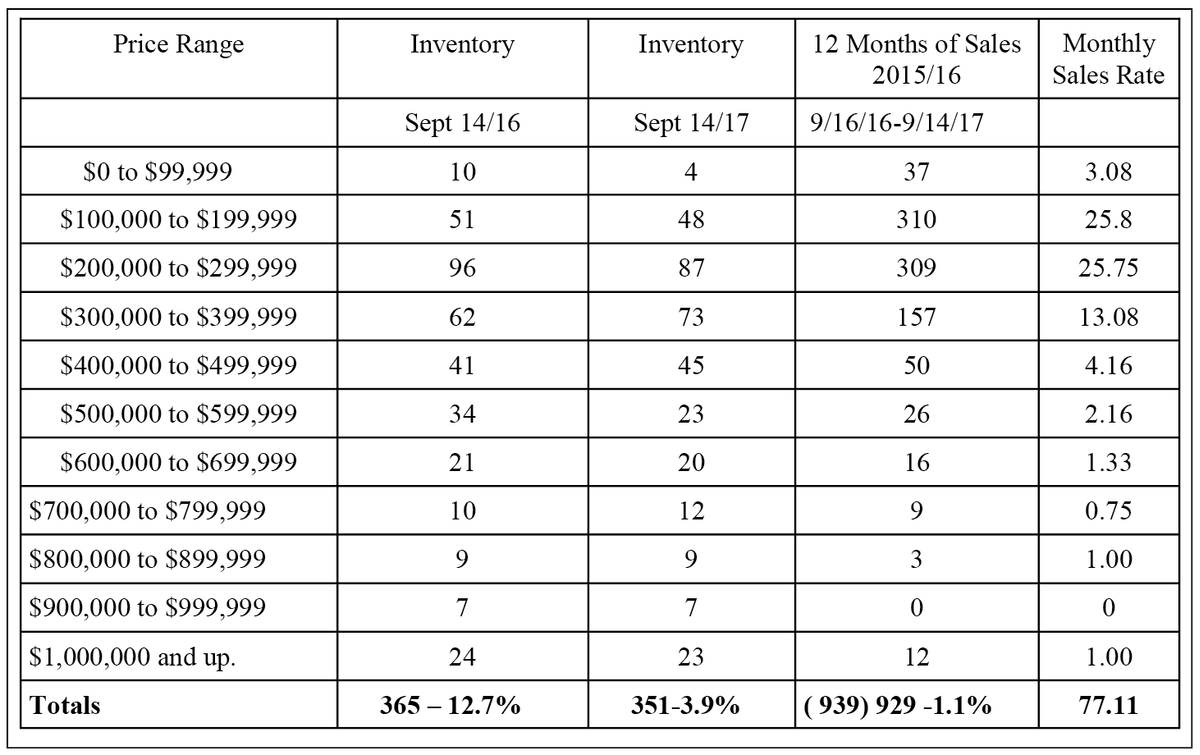 We recently looked at the various price brackets of what homes were selling for in the five areas (the city of Beaufort, Port Royal, Moss Oaks, Lady’s Island and Burton) that we monitor.

It was interesting but not surprising to see the difference in sales numbers the further we went up the price scale.

This month I thought it might be of interest to look by price bracket at the number of homes sold in the last 12 months in the same five areas, using a single date in September to compare single-family home inventory on a year-on-year basis.

As to the question of inventory based on the data in the chart, the number of houses available in the areas we monitor has decreased 3.9 percent. This decrease is primarily occurring in homes priced under $300,000.

A steady inventory stream is vital to keeping the Beaufort real estate market humming along.

Agents that were, and still are in the business during the housing collapse in the first decade of 2000, witnessed an almost unprecedented decline in new home building. Needless to say, with such cutback eventually it would come back to bite us as regards to the amount of homes available for sale today.

The inventory situation in Northern Beaufort County has been alleviated to some extent by the influx of national building companies that can mass produce homes at reasonable cost to the home buyer.

One possible fly in the ointment may be homes that were affected by flooding from Matthew and Irma. The homeowners will need to declare any flood damage they may have suffered when they go to sell the property, and this in turn may dissuade some potential buyers from purchasing that property. Only time will tell if this does indeed become an issue.

Everett Ballenger is the owner of B.I.C Ballenger Realty and is the former president of the Beaufort County Association of Realtors.

Letter to the Editor

Retirement income threats – how should you respond?

When the daily news is filled with discussions about inflation, interest rates, market volatility, and endless