The winningest coach in College Football history, and American sports icon, Joe Paterno has passed away this morning at the age of 85.

The Associated Press reports that “a  family spokesperson confirmed that Joseph Vincent Paterno has died at a State College hospital at the age of 85, just over two months after being diagnosed with a form of lung cancer.  A posting to Penn State’s official Facebook page read simply: ‘With great sadness we mourn the passing of Coach Joe Paterno…Few have done more.”

Paterno passed away at 9:25am  on Sunday, and the official cause of death was metastic small cell carcinoma of the lung.

The legendary former Penn State head coach was surrounded by family and friends, who had been summoned to the on-campus hospital when Paterno’s health took a turn for the worse recently.

“It is with great sadness that we announce that Joe Paterno passed away earlier today,” a statement from the family read. ”His loss leaves a void in our lives that will never be filled. He died as he lived. He fought hard until the end, stayed positive, thought only of others and constantly reminded everyone of how blessed his life had been. His ambitions were far reaching, but he never believed he had to leave this Happy Valley to achieve them. He was a man devoted to his family, his university, his players and his community.” 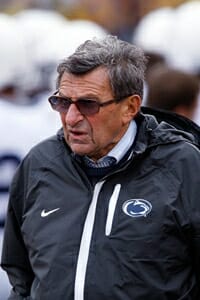 From staff reports Three people were killed Wednesday morning in a shooting on St. Helena Island,…

By Mike McCombs  “Despite cold and wet weather on Friday and Saturday, the Beaufort Oyster Festival…

Fripp Island’s Paige Bouy recently took this photo of a sunset. To submit a Lowcountry Life…