During the offseason, Hamilton was hired to guide the Dolphins in the 2016 season, returning to coach a program he mentored earlier in his career.

The experienced Hamilton replaces Jim Shuman, who resigned in March.

Shuman vacated his head coaching position with the Dolphins in March to aid his ailing parents.

Hamilton guided Battery Creek to its first playoff win in 2001 during his prior stint with the program. He guided the Dolphins from 1999-2002.

Hamilton took the Dolphins to the playoffs in back-to-back seasons, compiling a 20-28 record.

Back on the field to lead the Dolphins offensively are backs Alterell Chatman (Sr.), Eddie Dean (Jr.) and Diamonte Blackshear (Sr.).

Defensively, linebacker Sonja Jones (Sr.) is among the top returnees for the Battery Creek football program.

In addition to Jones, Chatman, Dean and Blackshear are other experienced linebackers.

Chatman was selected as the Co Back-of-the-Year in Region 6-AA at the conclusion of the 2015 season. He shared the award with quarterback Leo Albano of Bishop England High School.

A leader throughout the 2015 season, Chatman rushed for 1,108 yards on 203 attempts (5.4 yards average), scored 13 touchdowns and averaged 12.7 yards per return on punts for the Dolphins during the 2015 season. He also played on special teams.

Several Battery Creek players will start on both sides of the ball.

Multiple longtime rivals await the Dolphins in the 2016 season. Hamilton will make his latest coaching debut for the Dolphins on the road. Hamilton-coached Battery Creek is scheduled to open the 2016 campaign at Swansea High School on Friday, Aug. 19.

Battery Creek exited the 2015 4-7 following a loss to Timberland in the postseason.

Kickoff for the Battery Creek-Swansea football game is set for 7:30 p.m. 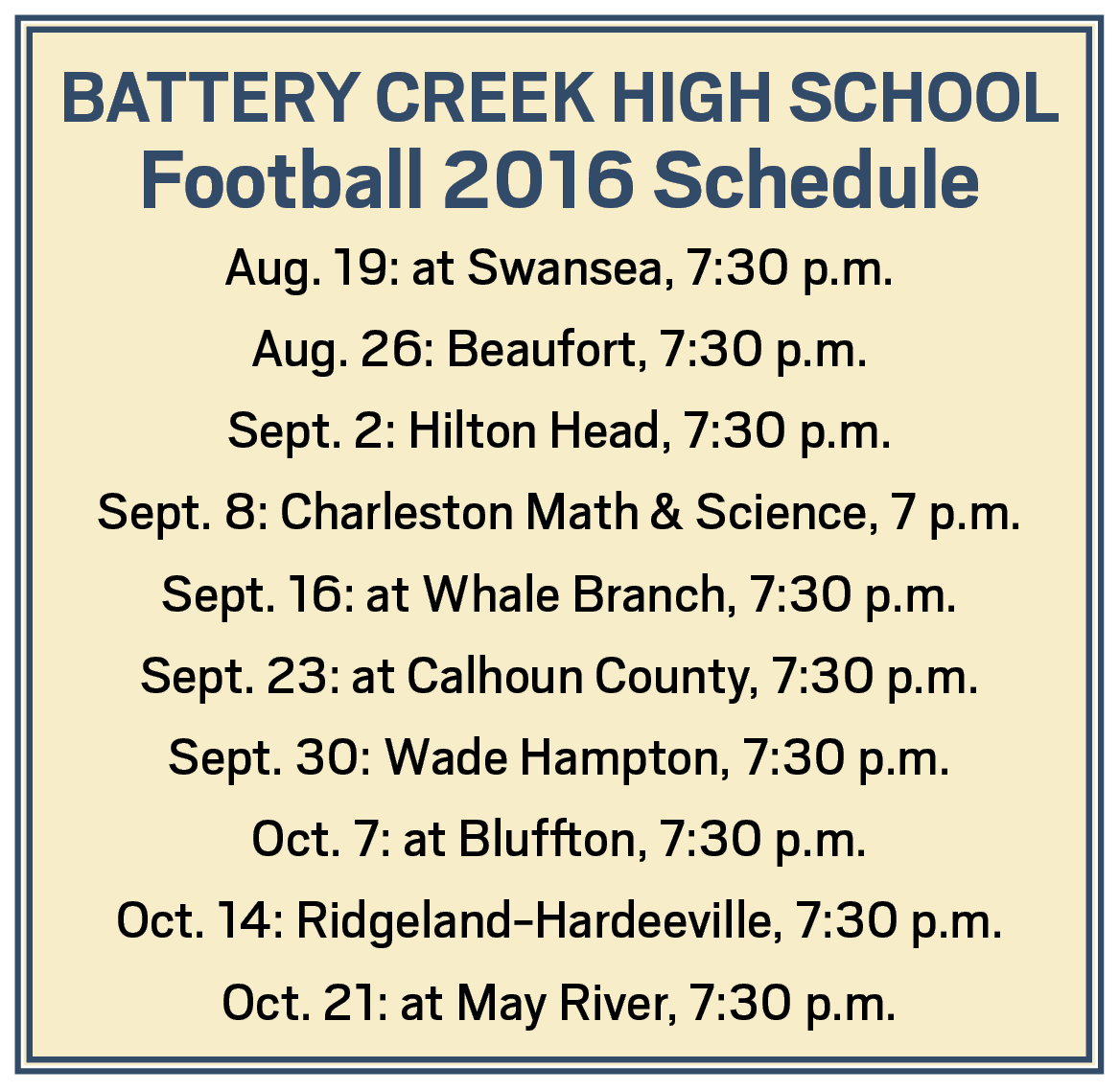