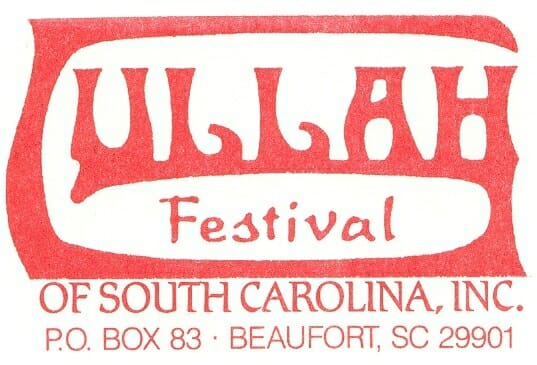 Organizers of the 32nd Original Gullah Festival, which hits Beaufort from May 25-27, are drawing parallels between the Lowcountry and the fictional land of Wakanda from the hit film Black Panther.

Except where Hollywood has attempted to depict an important moment in black history, festival organizers say, Beaufort has experienced its authenticity for centuries.

The music, performances, art, food, and friendly people of the Original Gullah Festival have attracted visitors to historic Beaufort every year since 1986 and this year’s event will not be an exception. The 2018 festival will focus on America’s Reconstruction Era from 1861 to 1898, during and after the Civil War. Beaufort is known as the “Queen of the Sea Islands” and is home to descendants of freed people who cherish their cultural bonds and shared history.

Beaufort’s enslaved Africans were among the first to be freed on November 7, 1861, during the Battle of Port Royal near Hilton Head Island in southern Beaufort County. It was known in the Gullah/Geechee community as “the day when big-gun done shoot.”

Beaufort came under Union control just seven months after the Civil War began, and soon thousands of newly-freed Africans were integrated into established social, political, educational, and labor systems. This was not the norm in other parts of the nation and was just as futuristic in nature at the time as Wakanda seems on the big screen.

Beaufort’s Robert Smalls was one of the first heroes of the Civil War – a former slave who confiscated a Confederate gunboat and sailed his family and black crew members to freedom across dangerous waters to a Union blockade. Gen. Smalls, who was born in Beaufort on April 5, 1839, is revered in history as a champion for human rights. By commandeering the same boat on which he was a servant, he became the iconic symbol of Reconstruction. Gen. Smalls was later elected to Congress, became an advisor to President Abraham Lincoln and authored the Compulsory Education Act that gave access to free public education to all people. He also helped establish the United States Marine Corps Recruit Depot at Parris Island and accomplished much for the betterment of all Americans.

Like Wakanda, Beaufort County and South Carolina boasted of wealth and advancements for blacks during Reconstruction. Penn School, Mather School and Beaufort County Normal Training Schools were established to educate the newly freed people, and the state elected its first black Lieutenant Governor in 1870.

The Sea Islands saw many historic moments marking the rise to freedom. They included the first public reading of The Emancipation Proclamation, the mustering of the United States Colored Troops (USCT), and the Combahee River Raid led by Harriet Tubman, who was known as “The Little General.” The raid freed more than 700 enslaved Africans in June 1863. Also, the first Memorial Day, originally known as Decoration Day, was established and celebrated by USCT and freedmen on May 1, 1865.

Instead of heading to the movie theater this weekend, festival organizers hope folks will instead choose to spend time learning about the real-life superheroes who helped make Beaufort the Wakanda of the Gullah culture.