In the midst of this horrible tragedy named Matthew, people in the Lowcountry came together to help. Here are some of the amazing things we are grateful for: 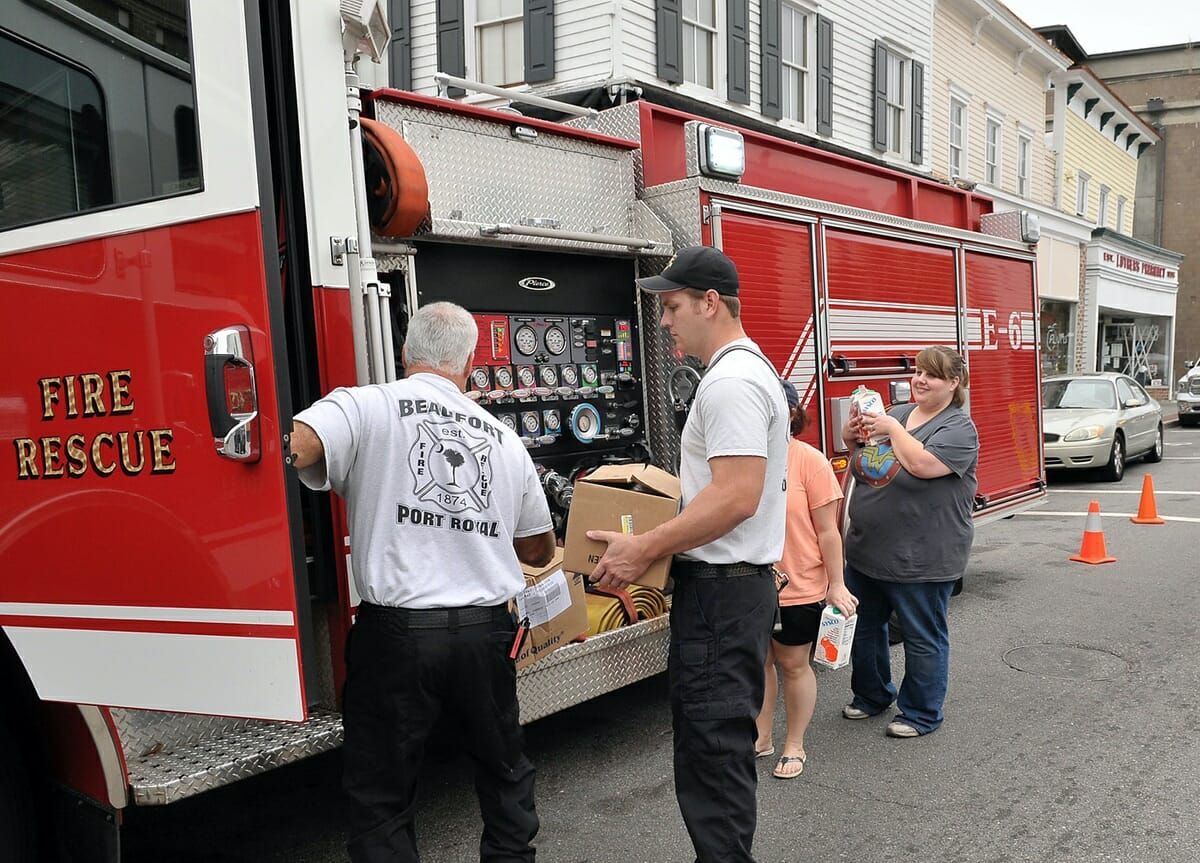 • Firefighters, police officers, sheriff’s deputies, EMS workers and others who stood in harm’s way to protect our communities. There were also almost 400 National Guard members who provided assistance to local law enforcement in directing traffic and helping with the evacuation.

• Utility workers. Thank you for working so hard to get power back on and keeping our water supply as safe as possible.

• The workers at the various shelters who gave of themselves to help others in need.

• The Piggly Wiggly on Hilton Head for being such a stalwart part of the community and keeping its doors open.

• The Piggly Wiggly in Beaufort for passing out free ice.

• The various Publix and other grocery stores that opened as quickly as possible.

• The neighbors across Beaufort County who took care of each other. One of those instances was in Bluffton. A giant tree fell between two houses, and the residents were out of town. So the ones who stayed grabbed their chainsaws and cut the tree up and moved it before the residents came home.

• Brick’s, which was offering free food at the height of the storm.

• The Brick Oven in Bluffton, which fed first responders.

• The amazing folks in our local media for working so incredibly hard to keep everyone updated.

• The Foolish Frog, which kept serving drinks when the power was out.

• Local hospital and nursing home staffs. As one person posted on Facebook: “I am just blown away at the customer service and giving hearts of each and everyone of my coworkers. I see Beaufort Memorial Hospital in a whole new light! I am just in awe at what I’ve experienced this weekend. The kitchen staff kept us stuffed and the housekeeping staff kept us clean! They are the
real MVPs.”

• Common Ground on Bay Street, which donated food, snacks, etc., to Beaufort’s first responders prior to the evacuation.

• Lantz Price, owner of Saltus and Plums, who hosted a bunch of people at the restaurants during the evacuation.

• And this from a Facebook post: “Words cannot express the gratitude of Beaufort Memorial Hospital’s Rehabilitation Unit for Kristi Manske and the folks at GRRH as they opened their doors to our evacuating rehabilitation patients, and did so by accepting them without hesitation, when we could get them there, which meant between 3 and 5 a.m. Today as BMH is fully evacuated and closed, and our community prepares for Hurricane Matthew, thanks barely covers it.”

The United Way of the Lowcountry is also collecting donations for disaster relief efforts. Visit www.uwlowcountry.org.