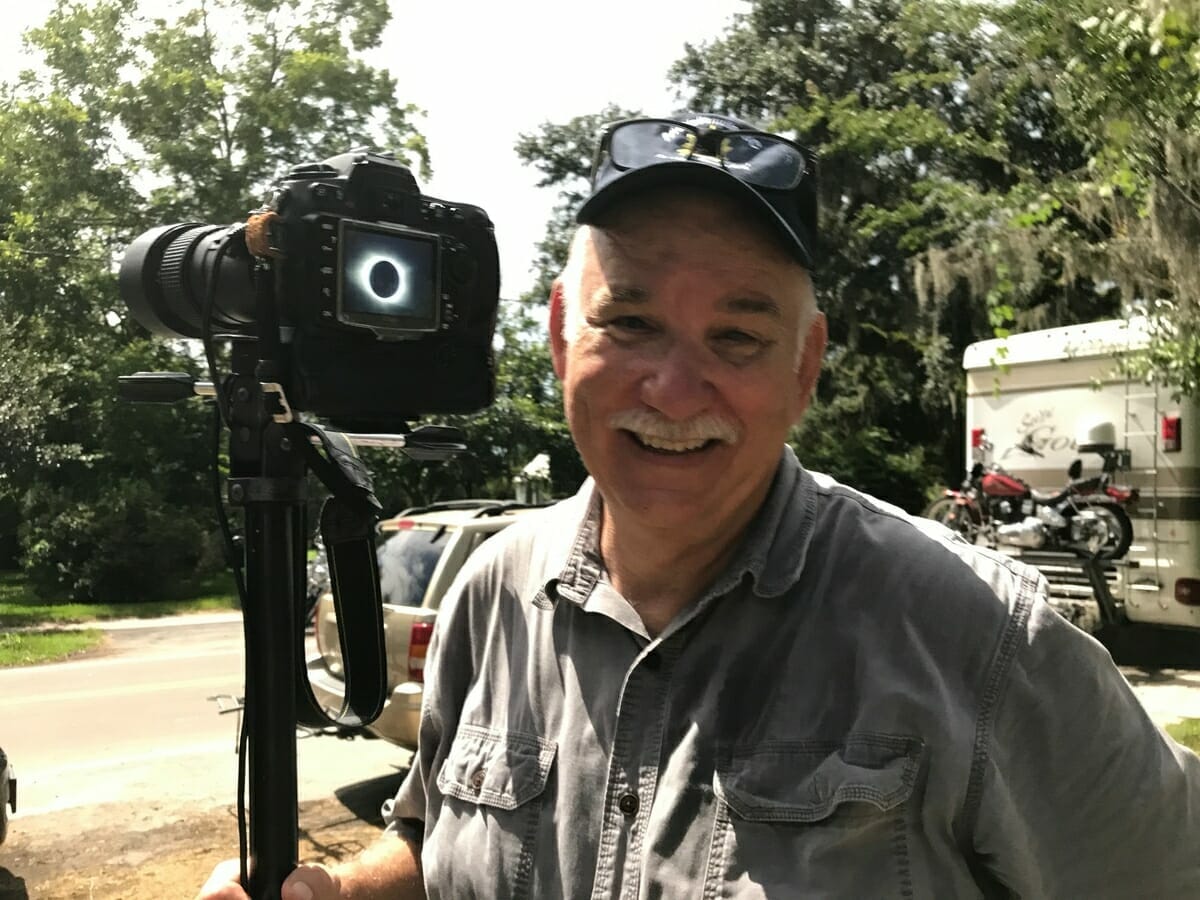 I traveled to McClellanville, just north of Charleston, with longtime friend Liz Rigg. Liz and I worked together at the Beaufort Gazette years ago. The drive was very quick; no traffic at all.

But we had a long wait ahead of us.

I kept checking the sun with my telephoto lens with a 10-stop neutral density filter attached. Shouts went up all around us, “It’s starting, it’s starting.”

It took some time for the moon to move into position. After about an hour we could tell a difference in the diminished light and an eerie cast was spreading out. Everything looked strange. Then it cooled off.

The sun became smaller and smaller with only a sliver showing. It got dark and then a burst of light and a noticeable flash as the “diamond ring” formed on the leading edge of the eclipse.

It was beautiful and surreal at the same time; a large black hole in the sky with the brilliant corona blasting out. A great, loud cheer went up, a few bottle rockets, hugs and handshakes all ‘round were offered.

The totality only lasted 2 minutes and 30 seconds and the diamond ring formed again at the trailing edge of the eclipse and the sun returned to its usual hot, muggy place in the sky.

All in all it was a very emotional experience and I actually got a chill as I looked at the glowing mass of gas in the sky. It was just incredible.

I’ll never see another one. But on Aug. 21, 2017, I saw this one of the coolest, most spellbinding events of my life.