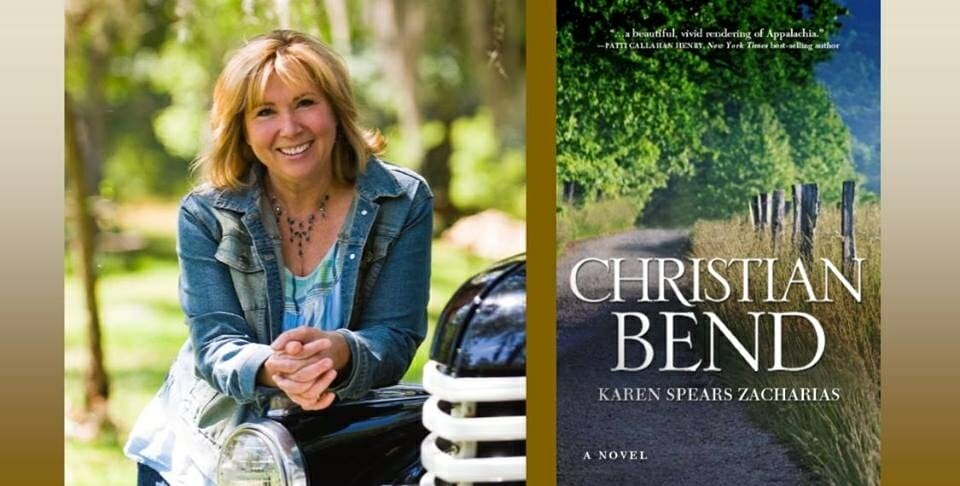 Zacharias, author of the new Appalachian novel “Christian Bend,” will appear in conversation with local novelist Stephanie Austin Edwards, author of “What We Set in Motion.”

Sponsored in part by the Pulpwood Queens book club and presented in partnership with the Technical College of the Lowcountry, this Visiting Writers Series event is free and open to the public. Books will be available for sale and autographing thanks to NeverMore Books.

Her work has been featured in the New York Times and on CNN, National Public Radio and Good Morning America.

“Mother of Rain” received the Weatherford Award for Best in Appalachian Fiction and was adapted for the stage by Georgia’s Historic State Theater. Zacharias and her husband divide their time between Oregon and Georgia.

Following a 22-year career in New York City working on Broadway, in film and on television, she returned to her roots in the South Carolina Lowcountry.

“What We Set in Motion,” her debut novel, won the Best Submission Award at the Atlanta Writer’s Club Conference in 2013.

Edwards is volunteer docent at the Pat Conroy Literary Center, where she also teaches writing workshops.

In related news, Zacharias will also teach a writing workshop as part of her Visiting Writers Series appearance. “Never Forget: A Writing Workshop for Those Who Served on the Front Lines & the Home Front” will be held from 2-3:30 p.m. Saturday, Sept. 9, at the Beaufort Arts Council, 921 Ribaut Road, Building 1.

Zacharias, who is also the author of “After the Flag Has Been Folded” (William Morrow) and editorial panelist for Operation Homecoming (National Endowment of the Arts), examines the storytelling methods which honor the promise to “Never Forget.”

“The stories of war need to be more than an information dump or blow-by-blow of the battles fought,” Zacharias said.

“The obligation of those left behind is to tell the stories that bring the fallen to life. To ransom the sacred as best we can.”

This workshop is presented at, and in partnership with, the Beaufort Arts Council. The cost is $25 per person; advance registration is required at 843-379-7025, or at mneverforget.brownpapertickets.com.